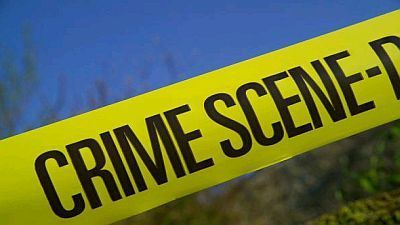 Thumbnail: Memphis’ major violent crime rate has climbed in five of the last six years, creating the single biggest frustration for the Memphis Mayor Jim Strickland, who was elected on the pledge to lower the crime rate.

Memphis is six years from a mayor’s election in which the thought was that the city’s violent crime problem could be solved just by putting someone else in the city’s highest elected office.

Things turned out to be much more complicated than that, and in the ensuing years, the strategies advanced have conjured up the oft-repeated bromide that insanity is doing the same thing over and over but expecting different results.

The news release with the latest numbers usually starts with property crime.  Its rate is reduced but it’s not the data point that most Memphians are interested in.  Then there’s the overall crime rate, which is also down but not what people are most interested in.

Then comes major violent crime, which has risen 13.1% when compared to last year and 20.1% compared to 2006.  The Crime Commission and others like to use 2006 because crime spiked that year and overall, it made statistics early on look like an improvement.

However, in the latest report, for January to June, 2021, major violent crime was even higher than 2006, the year when crime peaked.

When the trend line starts with 2016, when Jim Strickland was elected Memphis mayor on a platform of crime prevention, in five out of six years of his administration, violent crime has risen.

Here are the number of major violent crime incidents per 100,000 population for January-June:

Careful What You Wish For

The mayor’s first year in office saw a record number of murders, a number that has since been exceeded, reaching the incomprehensible 332 murders last year.

It’s a safe bet that no one in Memphis is as frustrated about the rising violent crime rate than the mayor himself.  After all, his resounding victory over former Mayor A C Wharton was largely based on the dramatic “Friday Night Lights” television commercial that was pivotal in moving voters to the Strickland column on the single issue of rising crime.

Crime-fighting was also a major theme of candidate Strickland’s speeches.  “There’s no dispute that violent crime has risen since he’s been mayor,” he said.  “We’ve got to get tough on crime and we have to intervene in the lives of young people…we have to do both and currently the city is doing neither.”

Mr. Wharton replied that anti-crime policies should include more community policing rather than “let’s just get real tough” approach.   “It sounds real good, but then later on you pay the consequences,” he said.

Mr. Strickland’s angst over his failure to make a dent in the troubling trend line for major violent crime is evident in his weekly emails which regularly – some say obsessively – deal with his frustration and his explanations for what strategies he’s trying.

Time and time again, the primary strategies have been to hire more and more police officers to reach a shifting optimal number, to get tougher on repeat offenders, and to add more prison time for gun offenses.

He is defensive over criticisms that intervention and prevention programs have lagged, however, answers to the major violent crime climb have had a sameness to them, shaped by the Crime Commission and the other side of the same coin, the University of Memphis Public Safety Institute, and key actors like Attorney General Amy Weirich.

It is obvious that the strategies, when it comes to major violent crime, are not yielding the improvements that are needed and that’s why Mayor Strickland did something no mayor has done in almost half a century – appoint someone from outside to head the testerone-fueled culture of the Memphis Police Department.

It was a gutsy thing to do, which makes the appointment of a new Police Director so hopeful.  With his legacy riding on her outcomes, it’s likely that he’ll be a strong backer for whatever she wants to do to change the culture and its results.

Starting On The Right Foot

Already, Police Chief Cerelyn (C.J.) Davis has shown good instincts in engaging Memphians where they live and hearing different perspectives on ways to address the crime issue.  Hopefully, out of her listening tour will come a plan that feels balanced with carrot and stick strategies and not unbalanced with more and more sticks.

Her’s was a historic appointment, and with it comes historic expectations, particularly when it comes to breaking the entrenched culture of Memphis Police Department and building one known for its innovation, community policing, and assertive, but fair and just enforcement.

She is the first outsider appointed to the top law enforcement job in Memphis in almost 40 years, and best of all, the first woman in history named to the job.  She has a national profile as a result of serving as president of a national law enforcement association and as a witness before the U.S. Senate’s Judiciary Committee.

Her experience as a high-ranking officer in Atlanta including heading up the Police Department’s Code Enforcement Section, where she led the team that was fighting against neighborhood decay, absentee landlords, and violations of the city’s housing code, graffiti ordinance and commercial maintenance and industrial code.

That too equips her with an added and unique perspective and skills in addressing the results of disinvestment in Memphis neighborhoods and that too will inform her law enforcement strategies, including reducing police violence and approaching fatal shootings in ways that enhance community confidence in its law officers.

Best of all, Chief Davis brings fresh eyes and fresh analysis about what’s working and what’s not.  There are intervention programs that are working in other cities and deserve pilot programs here, and hopefully, Chief Davis will import some of them.

“If public safety is the goal, it must be clear by now that some change is called for in our societal response to the problems police encounter.  The police have not – we have not – adequately differentiated the functions that police officers are asked to perform.  Much harm occurs because we send armed people – who are trained and see their mission as force and law – to deal with myriad problems not particularly susceptible to this solution.

“What we need to do is reimagine the ‘public safety’ function from the ground up.  Society has specialized but the police have not.  Society has come to see many of the problems the police confront as public health concerns, but we still meet them with the same response.  We need an approach the differentiates functions and meets tasks with the set of skills that can perform them adequately.”

Using The Force They Are Trained To Use

What Prof. Friedman proposes is disaggregating what police officers are called upon to do while their actual work requires an entirely different set of skills. He said:

“Policing imposes serious and extensive harm, from shootings and non-lethal uses of force, to stops, searches, arrests, and incarceration. All of this comes with pervasive racial disparities and seek to address them with ‘harm-regulating’ tools.

“Harm-regulation techniques are unlikely to be successful, however, as we see all too well in practice.  Harm is not collateral to policing, it is innate to it.  We call police crimefighters, we train them in using force and enforcing the law, and we deploy them to do this.  So, it should come as no surprise that what we get is force, and law enforcement.  And that this approach does little to address the sorts of social problems – from homelessness to substance abuse to mental illness – that police confront every day.”