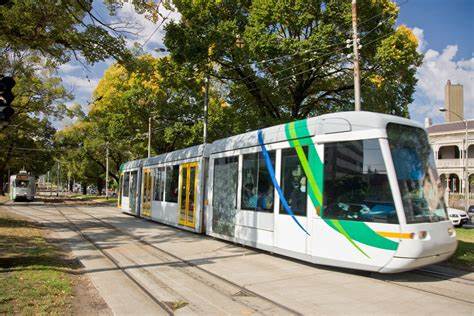 All in all, Memphis Mayor Jim Strickland’s “State of the City” speech was a workmanlike affair, like so many of these formulaic yearly mayoral speeches across the country.

This one had nothing as exciting as last year’s $200 million capital investment program that ranged from $10 million to develop the 100 N. Main Building, $75 million for parks, and the rest for what are hoped to be transformative projects in neighborhoods.

Instead, this year’s lengthy speech was a grab bag of the expected upbeat prose and the understated and uninspired delivery that characterize these annual addresses.

This time around, the speech featured:

It was indeed a workmanlike speech by Mayor Strickland.  It didn’t draw on the stories about real Memphians whose lives have been changed or improved because of city initiatives or feature any rhetorical flourishes. It also didn’t include Memphians’ individual stories that illustrate city programs and ambitions or mention any neighborhood-based data, if there are any, that show that disinvested communities are better or moving in a positive direction.

Saying it was workmanlike is not necessarily a slight at this mayor.  After all, he essentially promised as a candidate that workmanlike was what he would be like, running on the theme of  being brilliant at the basics.

It’s not that this workmanlike approach has not produced any bragging rights.  In particular, the financial management of his administration has been an achievement that exceeded expectations.  When he took office, City of Memphis financials – and the tax giveaways in the form of PILOTs – had been criticized by the state comptroller and called into question by national media.

The problem had reached crisis dimensions and some people – inside and outside City Hall – could not envision the road back and how long it would take for city government to right its fiscal ship.  That was done, and even faced with state decisions that cost city government millions of dollars, the Strickland Administration has managed its way out of each challenge.

The Distraction of Light Rail

Back to light rail.  There is talk about a possible light rail system taking Memphians to the Ford plant as an option in the evaluation being done by MATA and City Halls.

There are roughly 6,000 jobs at the Ford plant so even if a remarkable number of them, say half, of the workers are from Memphis, the questions is how much is reasonable for taxpayers of Memphis to pay, particularly considering that it’s the towns of Northeastern Shelby County that are likely to benefit most from their proximity.

The Commercial Appeal headline said: “Light rail in Memphis? MATA explores option to transport workers to Ford plant.”  A MATA official said: “This opportunity presents itself as probable adequate density to at least warrant light rail as a possible solution.”

It was an incredible statement, considering that cities with much higher densities than Memphis must subsidize the operations of their light rail systems.  MATA said success requires help from local, state, and federal officials, which begs the obvious questions: 1) if Memphis were to build light rail, did this get to the top of the list of our transportation priorities and 2) why do workers in a plant 50 miles away get priority over workers here who still can’t get to job centers nearby using public transit?

News reporters have shown a considerable lack of curiosity.  When MATA said light rail was an option, officials said it did not have a projected cost, and not a single media outlet bothered to find outon its own how much light rail systems cost.

Here’s the answer: it would make the $500 million in total incentives provided by state government look like petty cash.

At that rate, the 50-mile light rail system to the Ford plant would cost about $4.15 billion to build.  Operating budgets for light rail often operate at a deficit, and if that is the case for a system that is founded on transportation for a few thousand Memphis workers, it also raises the question of who would be responsible for paying any potential deficit.

Left unsaid by officials here was that investments in light rail have often come at the expense of bus service and disadvantaged riders of color and have only made only marginal progress in responding to transportation needs.

Light rail systems that perform best are in Seattle, Houston, and Minneapolis.  All of them are compact and serve urban areas close to downtown.  Larger systems that stretch into low-density suburban areas tend to underperform.

In Dallas, for example, politicians and real estate developers pushed the system into the suburbs where their investments had been made.  Denver saw it as a way to reduce the number of commuters so it reached far out into the ‘burbs.  Poor ridership is the result in both cases.

The lesson is clear: the best place to build light rail is in dense locations near jobs.  Because of it, light rail has a limited role for passenger transportation in U.S. cities.

It seems likely that after examining options, the recommendation for transportation to the Ford plant will be a bus line.  It’s much more affordable, it could tie its frequency to worker schedules, and it requires less infrastructure.  That said, if it’s a BRT project with full busways, stations, and dedicated lanes, it could cost about $20 million a mile.

Back to the Future?

Perhaps, MATA should take a lesson from the old Dixie Greyhound Lines, which was founded in  Memphis in 1925 by the father of FedEx founder Fred Smith and ran until 1954 when it merged with another company.  Its routes, among others, included regional routes in West Tennessee.

That said, perhaps such a bus line to the Ford plant is an opportunity for private investment rather than for public transit authority investments.

When compared to Europe and even Canada, light rail systems in the U.S. perform poorly.  Density is a factor but there’s also the decades-long investment in a car-centric society.  It raises the question of whether Memphians – with its significantly high rate of car ownership with almost half of its households owning two vehicles – working in a plant 50 miles away would get out of their cars and be willing to get there a different way.

In the end, all of this excited talk about transportation for a few thousand – perhaps even just a few hundred – workers is insulting to those in Memphis who suffer from poor public transit and who wonder how much their lives could change with a much smaller investment in public transit.

Finding the Right Incentives and Using the Ones We Have