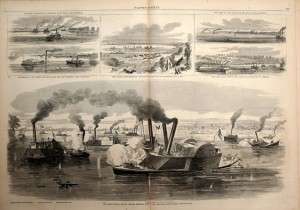 It took two votes before Memphis sided with secession.  They voted eight to one to remain in the Union in the first balloting in 1860, and it was only after people fanned fears of change that public sentiment turned around in the April, 1861, vote.

Even then, Memphis was only controlled by the Confederacy for 14 months.  It only took a one-day naval battle on June 6, 1862, to put the city in control of Union forces until the end of the Civil War.  The important-sounding Battle of Memphis lasted for all of 90 minutes and was witnessed by an estimated 5,000 people (of the 22,623 residents) who watched in a carnival environment on the bluffs.

The Battle of Memphis – which matched Union and Confederate navies – began just after daybreak and it was over by 7:30 a.m.  Memphis surrendered at 10 a.m. and Major General William Tecumseh Sherman took command six weeks later.

The battle was one of the briefest and most inept naval battles in American history, but the Confederate navy had been demolished.   Memphis became a magnet for Northern merchants.  When General Ulysses S. Grant took command of Memphis for a short period, and, after observing the smuggling carried out here, he said that the disloyalty of Memphians to their own Rebel cause was striking.

The so-called Second Battle of Memphis took place August 21, 1864, at 4 a.m.  It was a raid led by Confederate General Nathan Bedford Forrest, slave and plantation owner, Memphis slave trader, first grand wizard of the vigilante group, the Klu Klux Klan, and the antagonist in the renaming of the Memphis park where he is buried.  His raid was largely a tactical failure and only lasted a few hours, and more than anything, it led to the Union beefing up its forces in Memphis until military rule ended on July 3, 1865.

All in all, Memphis’s failure to become a bastion of the Confederacy led to it avoiding the destruction that befell Atlanta, Richmond, and several other Southern cities.  Memphis emerged from the Civil War largely unscathed physically and its businesses were reasonable intact.

At least when it came to General Forrest, Memphis had at least had a body to drag from the cemetery and plant in a city park.  The basis for a Jefferson Davis Park is threadbare and Confederate Park only exacerbated the foolishness of honoring a misguided era in Southern history.

It was commendable of Memphis City Councilman Myron Lowery to put the name changes for these parks squarely on the local agenda, but it was up to a Tea Partier living in Parkers Crossroads 111 miles northeast of Memphis to bring the issue to a boil.  Republican Representative Steve McDaniel, who stakes a lot of his personal identity in “Southern historic preservation” (an interest listed on his legislative website) is historian for the Parkers Crossroads Battlefield Association, which commemorates another failed campaign by Gen. Forrest and offers about as much to celebrate in the annals of Confederacy heroism.

Once Mr. McDaniel had sponsored a bill in the Tennessee Legislature that would ban the renaming of historical parks and monuments, he gave momentum to the call for name changes that might otherwise have faded away as they had done in previous years.

It’s one of the chief ironies of the Tennessee Legislature that now that these extreme conservatives have a super majority, their past complaints about big government interference and their creed that the best government is closest to the people have fallen victims to their own demagoguery, forcing their personal opinions and beliefs on the rest of us in a series of mean-spirited legislative bills that have attracted national attention and placed the legislature at the top of lists for the worst in the nation.

In this vein, Rep. McDaniel’s reaches out from his town of 241 people – 80% of them Caucasians – to mandate his Confederate obsessions on a majority African-American city of 652,050.  He now suggests that his bill wasn’t aimed at Memphis’s Confederate-named parks, but anyone who believes that probably also believes that General Forrest won his raids into Memphis and Parkers Crossroad.

Much of the pushback by people defending the Confederate-named parks suggest that the rest of us are trying to change history, but that’s ludicrous.  Every city has the right to name parks, roads, and buildings whatever they want to name them, and Memphis has changed the names of other city facilities to adapt to changing times and history.

Every community has the right to change its mind, but people like Rep. McDaniel continue to hang on to a past that bears little relevance to most of us living in the South today.  Some seem to have renewed interest in Confederate parks merely because of their aggravation in living in a majority black region, but for those who are sincere in their interest in the Civil War, there are still plenty of battlefields, monuments, and reenactments for them in places which much more pertinence than Memphis.

Dr. Goudsouzian, one of 45 faculty and graduate students at University of Memphis who signed a letter supporting the park renaming, makes the point that “with rare exceptions,” professional historians find the celebration of General Forrest “distasteful.”  In addition, he punctured a hole in the naïve argument that General Forrest’s Ku Klux Klan was a social club and that he was sensitive to the changing roles of black Southerners.  Rather, the professor said the Klan was a terrorist group whose purpose was to prevent full citizenship for African-Americans.

Besides the historical accuracy argument, there are people, including the editor of The Commercial Appeal, who trot out the glib, if not appealing, comment that Memphis has more to worry about than the names of Confederate parks.  It seems peculiar advice for the only U.S. metro with more than one million people that is majority African-American.

The truth is that mature cities do more than one or two things at a time.  They are doing all sorts of things at the same time – improving their image, improving their schools, and improving their economies.  And all of these are interrelated, including changing a stuck-in-time image reinforced by parks named for a time in our history when Southern leaders stood on the side of people as property.

There are other people who are in charge of marketing the city who think this controversy has been damaging to the Memphis brand.  It’s hard for us to understand how it is anything but, because a city devoted to being inclusive and sensitive seems to us to be the best message we could be sending out right now, particularly as we try to attract 25-34 year-old college-educated talent.  Even more, if Memphis is to be a center of talent, it would seem only logical that it should be a hub of African-American talent, which is now being sucked up by Atlanta, Charlotte, and yes, even Nashville.

About a decade ago, the Memphis Talent Magnet report cautioned against the negative impact of a Memphis brand that featured riverboats and other images that populate our websites that repel young, college-educated workers who are defined as much as anything by their diversity and their desire to be part of a progressive, vibrant city.

So, for more reasons than just historical accuracy, it was simply time for Confederate parks to go the way of the Confederacy itself. 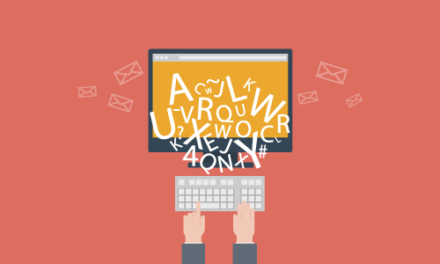 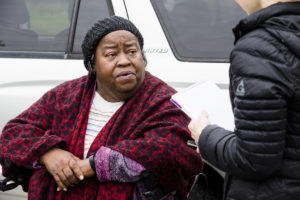