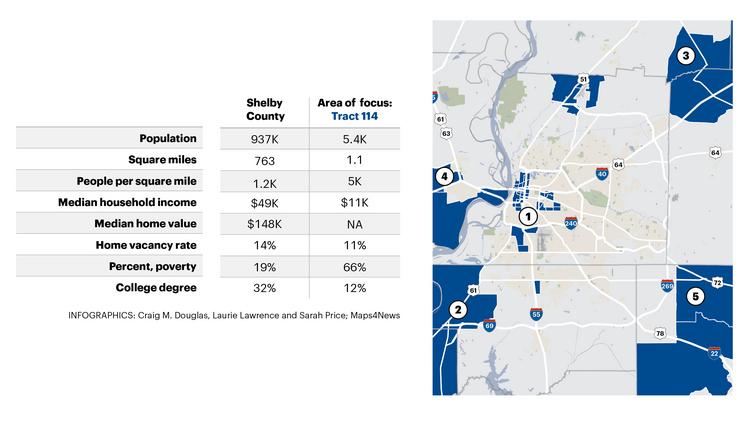 It’s no wonder what poor people often have low expectations.

The reason: it is so often justified.

They were reminded of this again when Governor Bill Lee announced that he’s withholding $742 million in federal funding earmarked for poor working families.

Based on Shelby County’s traditional percentage for the amount it receives from this type of funding, it means that he is denying families here $150-185 million.

Even the conservative Beacon Center of Tennessee called on the governor to release the money, writing: “Shelby County represents the largest caseload for a single county in SNAP (22 percent), TANF (23.3 percent), and TennCare (17 percent). Tennessee should invest in pilot projects focused on poverty in Shelby County and opportunities to provide more supportive wraparound services for working age adults that need childcare, transportation, education, and employment training services.

“Successfully partnering with families in Shelby County to tip the scale in their favor to move from poverty to prosperity would have the single greatest economic impact for the state’s systems of support.”

Ask The People It Could Help

It is always frustrating to watch politicians like Mr. Lee routinely put their own political interests ahead of the interests of real people, but it unfortunately it is a sign of the times. Only a few years ago, the Tennessee Senate voted down Governor Bill Haslam’s plan to expand Medicaid and receive more than $1 billion in federal funding to help more than 230,000 Tennessee families.

Rather than base their votes based on the needs of hundreds of thousands of people who could have been helped by the additional money for health care, the legislators rejected the plan largely because it was part of President Barack Obama’s Affordable Care Act. As a result of the rejection, the funding was instead spent in other states that approved Medicaid expansion.

Governor Lee’s position on the three-quarters of a billion dollars is not too dissimilar from the Senate’s recalcitrance. According to the Beacon Center, Tennessee receives $190 million each year from the federal government, and last year, spent only $71.1 million of that money.

Incredulously, Mr. Lee said that his administration will determine if the money is needed.

Perhaps, he should ask the 160,000 Memphians living in poverty what they think, because even those of us who are not are baffled that the governor would withhold help when the need is so blindly obvious, especially considering that childhood poverty in Tennessee is at an all-time high.

No Trust Me Rhetoric

All in all, it is a cautionary tale for the governor’s proposal to become the first state to pursue a block grant for its Medicaid funding. Based on this behavior, it is difficult to have confidence that he will not similarly hoard the money and avoid accountability.

If his position on the $742 million in surplus funding was not worrisome enough, he is opposed to expanding Medicaid under the Affordable Care Act although it could extend TennCare coverage to 600,000 uninsured Tennesseans.

Like the $742 million that he is stockpiling, Governor Lee’s refusal to expand Medicaid is a life-altering, if not a life-saving, decision. We know the conventional wisdom is that the people affected by these decisions don’t vote for the governor’s political party but it’s an opportunity for the governor to be a statesman rather than just another self-interested politician.

The people who need these services are far beyond the “trust me” rhetoric of any politician.

Meanwhile, poor people were used to justify the “opportunity zones” that are purported to create an incentive for new investment to create new jobs in low-income areas. However, it is being used to funnel tax breaks to investors in expensive hotels, major developments, and apartment buildings. In that way, it is yet another incentive aimed at real estate development.

Opportunity zones were part of the 2017 tax cut of the Trump Administration (and which this year created a deficit of almost $1 trillion) and there was more hype than hope when the opportunity zones’ maps were revealed. Most of all, the opportunity zones, which were to be created in order to identify areas most in need of investment, included parts of cities that were already targets for development.

At a time when there is critical need for a program to improve infrastructure – particularly now that government financing costs are extremely low – instead, tax breaks are being used to lure investments that nationally are benefiting a group of wealthy individuals. There are even cases where the U.S. Treasury Department is ignoring its own guidelines to make sure politically connected people can profit from them.

Here’s how it works: investing in one of the 8,700 federally designated opportunity zones allows investors to delay or avoid taxes on capital gains for up to seven years on money spent in a zone. President Trump bragged that it is producing “massive new incentives for investment and job creation in distressed neighborhoods.” The law was also promoted by some prominent Democrats.

Using It As Intended

However, from the beginning opportunity zone maps not only included poor neighborhoods but adjacent wealthy neighborhoods, and much of the money is headed to the wealthier areas, including projects that were already under way. For example, in New Orleans, a high-end hotel and restaurant is receiving the tax incentives although it is being built in the “hot” and trendy Warehouse District, a 46-story apartment tower in Houston, and an exclusive apartment complex in the already successful Design District.

Because there is no database of where the incentives are being made, it is not possible to track the money that is going where it was intended, but “capital is going to flow to the lowest-risk, highest-return environment,” Aaron T. Seybert, social investment officer at the Kresge Foundation said to the New York Times. “Perhaps 95% of this is doing no good for people we care about.”

In Tennessee, 176 census tracts were designated as Opportunity Zones, or about one in every eight. Huge swaths of Memphis are encompassed in its four opportunity zones.

Memphis Mayor Jim Strickland said ten months ago that “all areas of the city (will) feel the progress and share in the successes” of the opportunity zones so city government plans to issue RFPs for the acreage it owns in the areas. He said the city will focus on Tillman Cove’s eight acres in Binghampton; Crosstown Mound’s nine acres; Raleigh Town Center’s 22 acres; Mid-South Fairgrounds, Historic Melrose High School, and the South City Cultural Hub Block adjacent to I Am A Man plaza.

Our Chance To Shine

If any city is to live up to the justifications for passing the opportunity zone law, it should be Memphis. If City of Memphis is successful, it could become a model for the rest of the country as the place where investments do indeed promise to transform a struggling neighborhood.

EDGE is deeply involved in the opportunity zone work, so we’re hoping Mayor Strickland will instruct them to act in an uncustomarily conservative way so it will not layer on more incentives that waive city and county property taxes in addition to the federal tax perks.

There have been times in the city’s history when its creativity and innovation attracted national attention. This could be one of them. Poor Memphians will be watching closely.