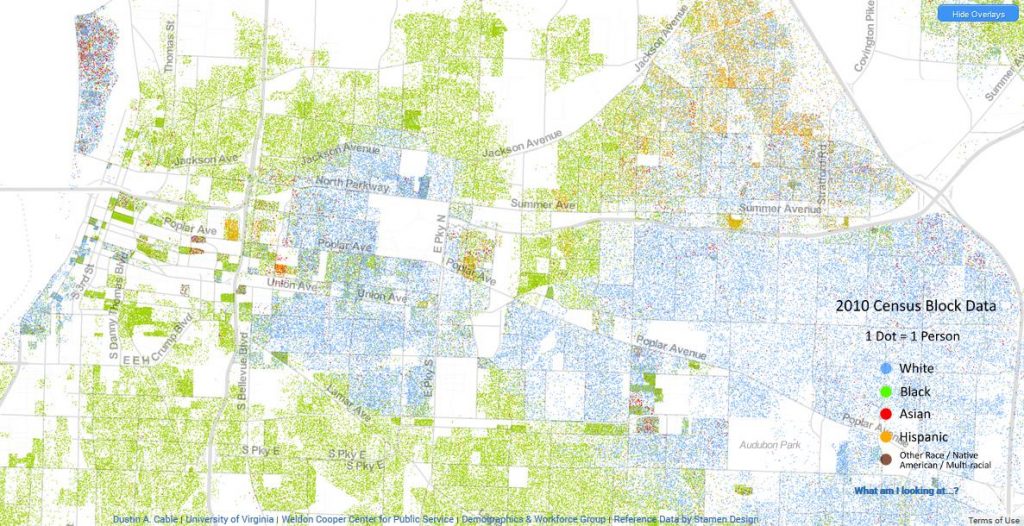 I’m not talking about the lack of self-confidence – if not self-respect – that was a defining characteristic of Memphis for generations, but is thankfully, fading in the rearview mirror.

Rather, I’m talking about the low expectations that people outside of Memphis have for the city.  It has manifested itself in the lack of outside investment, lack of a large marquee company recruited to the city, and the way we are regularly ignored in national media coverage and discussions about public policy.

I’ve written about this before, but since Carol Coletta has moved back to Memphis, she has said it more eloquently.  With her decade of work in dozens, if not more than a hundred cities, and her recognition as one of the 100 smartest experts on cities, her words have special impact.

She was recently on a panel organized by The Daily Memphian where the question was asked: why is Memphis suddenly hot?  She gave an explanation that we have heard from her for many years, but with her microphone as head of the Memphis River Parks Partnership, it resonated even more widely.

She said: “Memphis has been generally overlooked and one of the reasons is because it’s a predominately black city in a predominately black county in a metropolitan area where the largest racial demographic is African American.  Unfortunately, in America, black people, black neighborhoods, black businesses are still undervalued.

“America has a hard time developing a narrative around blackness and it’s who we are.  It’s another way we’re distinctive and the sooner we lean in and embrace that and capitalize on that difference, the stronger our city will be.”

We’ve heard her make these comments in presentations before and sometimes felt an uneasiness in the room.  For some, recognizing our blackness remains tantamount to admitting that we can’t be competitive or successful.

Unfortunately, in the debate about the future of Tom Lee Park, there’s been a number of comments rooted in racial animus – from remarks opposing any design that attracts “basketball players,” to a fiction about someone being shoved into a car trunk and kidnapped in the park, and that an actual park on the 30 acres would attract a lot of people downtown who don’t contribute to Memphis or spend money.

It’s no wonder that some people don’t feel welcome in their own city, because they regularly receive the message that they are not valued in their own hometown.  As Ms. Coletta has said in many speeches, the riverfront belongs to every Memphian and every Memphian is an owner.

That a number of people believe that Tom Lee Park “already has enough of those people” in it and that a spectacular park attracting Memphis in all its diversity is a problem says volumes about how hard we have to treat majority African American population in Memphis and Shelby County as competitive strengths.

As for the metro area, it is already majority people of color but 47.3% of the population is African American, which means that sometime in the near future, African Americans will also become the majority for the Memphis region.  At that time, our community will become the first region in the country with a population of more than one million people that is majority black.

This is our community’s greatest difference.  There are many majority African American cities – Detroit, Jackson MS, Birmingham, Baltimore, and New Orleans – but no metropolitan area close to our size comes close to being majority black.

In other words, as Ms. Coletta suggested, it is in our enlightened self-interest to identify how this is a competitive advantage and as she said a few years ago in a presentation to New Memphis Institute, it’s also how our consumer behaviors can become economic opportunities.

We are unaware of any economic development sales brochure that tout our African American majority or that is based on a serious plan for how we can, as she said, “lean in” on our distinctiveness.

In a country becoming increasingly more diverse, there is opportunity to position Memphis as the future for the U.S. which means we are the perfect laboratory for innovation in urban strategies that expand opportunity and address concentrated poverty, economic segregation, regional growth, neighborhood revitalization, and more.

In her work at CEOs for Cities, Knight Foundation, and Kresge Foundation, Ms. Coletta’s work pioneered new research and new thinking on these issues and applied it in numerous cities.  From where we sit, Memphis now has the opportunity to share what she’s learned, beginning with how public space can help transform a city’s national image and reputation.

A hot topic in business today is how diversity is a competitive edge.  Several Memphis companies are leaders in this discussion, and it would be encouraging if they would step up to lead a similar discussion for our community.

It begins by directly attacking commonly held opinions that surface in so many public conversations, particularly that when we talk about black Memphians, we are talking about poverty.  It’s worth remembering that for every African American living below the poverty line in Memphis, there are about three and a half who are not.

In speeches that she gave across the U.S. in recent years, Ms. Coletta often referred to the low expectations that comes with diverse urban areas.  As she said, put the word “urban” in front of a noun and it reflects the low expectations held by many.  For example, there is education, but say urban education and it becomes ominous.  The same can be done with neighborhood, crime, and youth – urban neighborhood, urban crime, and urban youth.

In not stating forthrightly that our ambition is to be a national center of African American talent, we play into the hands of those who assume we cannot succeed.  That why, the smartest thing is for us to walk toward, rather than try to ignore and deny, facts perceived as problems by others.  In other words, we need to spotlight our wealth of African American talent, we need to invest in the next generation of talent in our classrooms today, and we need to make it a priority to close the income inequality gap.

We begin by saying it matters.  That’s what cities like Bellevue, Washington, had done.  There, local government embraced the changing face of the city and laid down a commitment to diversity in all of its policies and programs. To execute this ambition, it spotlighted specific service areas and developed recommendations for each that emerged from a citywide process.

Among the 60 recommendations was: “Invest in more public gathering spaces or ‘third places’ for people to connect, celebrate, and interact…(and) increase opportunity for cultural interaction and education.”

That’s also a prime reason for creating a great riverfront for Memphis.  In order to break down barriers and demolish stereotypes, Memphians need special places like the six miles of interconnected parks and greenways on the riverfront.