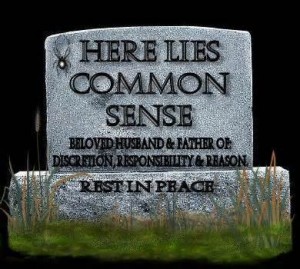 Just when there was a glimmer of hope that Tennessee Senator Brian Kelsey was growing up, he pushes more anti-government legislation that indicates yet again the pandering that reflects his nagging lack of maturity as a legislator.

The latest is his push to eliminate permanently the state’s 89-year-old Hall Income Tax, the state tax on interest and dividend from investments that accounts for about 2% of state revenues.  More to the point, it provides about $15 million to Memphis, $1.5 million to Shelby County, $3 million to Germantown, and $1.2 million for Collierville.

It’s not that Mr. Kelsey is simply playing to cheap seats.  Rather, he’s playing for the applause – and campaign contributions – of the Koch Brothers, whose Americans for Prosperity-Tennessee have already praised him with their press release.

Mr. Kelsey’s push customarily mixes talking points posing as facts, acting as if he is pursuing the ban for senior citizens, who benefit little from the change when the real beneficiaries are the 1% represented by the Koch Brothers and Mr. Kelsey

These kinds of revenue-cutting moves follow a similar financial disaster in Kansas as Governor Sam Brownback’s great right wing experiment to prove the power of supply-side economics collapsed as deep income tax cuts failed to produce the ramped-up economic returns he had predicted.  The one-time presidential hopeful’s plan left his state with a $600 million budget gap and trickle down economist Arthur Laffer’s projected revenues were off by $200 million.

Predictably, Mr. Laffer continues to say that lower taxes will spur investment, create jobs, and fill the state’s coffers as a result of faster growth, and despite research indicating that this seldom takes place, supply side economics remains an article of faith for conservatives.  While he refused to admit that his tax policies failed, Mr. Brownback signed bills approving a $384 million increase in revenues by hiking the state sales tax and a host of other taxes that disproportionately placed a heavier tax burden on the poor.

All of this brings us back to Tennessee, where the Legislature’s latest act of right wing doctrine is to propose the repeal of the Hall income tax on interest and dividend income from investments – a general six percent levy with several exemptions and exceptions – that produces $303 million in revenues with about $114 million distributed to local government.

This brilliant idea is brought to us by a familiar sponsor of these kinds of gratuitous bills, Senator Brian Kelsey.  This one is aided and abetted by Americans for Prosperity, the Koch Brothers lobbying organization whose misinformation machinery just a week ago helped block a tax increase in Plainview, Illinois, for a new $39 million library, and little more than a year ago, blocked Nashville’s “Amp” plans to build its first high-capacity transit line to lessen congestion and create more sustainable streets.

This time, the Koch Brothers’ involvement is aimed at making a state regressive tax structure even worse.  After all, Tennessee’s tax structure has been deemed to be the country’s most regressive – meaning that the state leans heavily on poor families for taxes – and the Hall income tax is one of the only progressive taxes in the state.

You’d never know that listening to the Koch Brothers’ legislative mouthpieces: they continue to talk about how unfair this tax is to retirees.  However, if repealed, the richest 1% would receive 45% of the Hall income tax revenues.  Meanwhile, 25% of the reduction, if passed, would flow to the federal government because the Hall tax could no longer be deducted on federal tax returns.

It’s hard to be hopeful that the General Assembly will come to its senses on any of these extremist dogmas that are so central to their ALEC-minded beliefs.

After all, while professing the deepest support for law enforcement (and dismissing the Black Lives movement), legislators have made guns ubiquitous – including allowing them on public university campuses – and in the process, they have made law officers constantly fearful when approaching a car, a domestic argument, or an individual.

Then again, while taking an oath to protect the people of this state, they reject the Medicaid expansion that would have given better health care for 288,000 Tennesseans, including 35,000 veterans.

More than anything, this is about sticking their fingers in the eyes of people who don’t share their views of the world.  It too is about bullying and narcissism.  So much of their legislation is about showing someone who’s boss, or putting down someone, or acting superior to someone.  That they thump their Bibles and quote Scripture while doing it is a special affront to people of faith who believe their religious beliefs demand that they care for the poor rather than cut their services.

If you are a taxpayer who wants fairness for middle class families and equity in tax policies, or a parent who wants your children to understand and appreciate the full diversity of the world they will live in, your views have little traction in the Legislature.

There was a time when environmental protection, equal opportunity, and immigration policy were ideas advanced by conservative thinkers and politicians, and that’s why so many of the people who call themselves conservatives today are not – they are merely extremists.

It is into this parallel universe that a majority African American city seeking fair play must make its case to the legislators who seem more concerned about Confederate statues than its own citizens.  The facts are on City of Memphis’ side, but given another opportunity to attack the city, it’s hard to imagine the legislators doing the right thing and letting the chance pass.

But we can only hope.