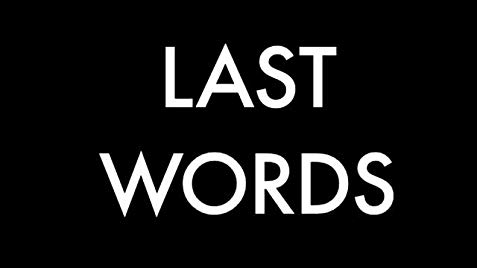 We weren’t expecting Shelby County Mayor Mark Luttrell to deliver the county equivalent of Washington’s Farewell Address warning about the potential disunity caused by political parties and sectionalism or even Eisenhower’s Farewell Address warning about the military-industrial complex, but we admit to being disappointed that his last official words as he moves out of the mayor’s office today were about two programs pushed by special interest groups: the Juvenile Assessment Center and EDGE.

Frankly, we would have welcomed his advice for the next administration, because as we have previously blogged, his statesmanship as county mayor prevented considerable conflict and divisiveness in our community.

Here’s part of what we wrote:  “Just imagine if he had wanted to indulge in political opportunism in the midst of the debate about health and education funding.  Imagine if he had pandered to some in his base over Confederate statues.  Imagine if he had been willing to fight publicly in harsh terms with Democrats and injected a racial dimension into the public discourse.

“Imagine if he had returned fire in the same vein as some of the invective directed at him. Imagine if he had employed the anti-Memphis, racially-tinged rhetoric used by many in his own party.  Imagine if the county mayor’s office had been occupied by a cheap shot artist willing to seek political advantage while dealing with knotty public policy issues.

“In other words, while his nearly eight years as county mayor have been marked by important and emotional issues (and he has not hesitated to share his opinion), he has resisted the kind of theater that is often part of political life today.  Undoubtedly, if he had dealt in the low political road, it likely would have helped his unsuccessful Congressional campaign in a district where a Republican moderate is as hard to find as an Obama-Biden bumper sticker.

“In other words, if the Luttrell legacy will be known for anything, it will be steady, thoughtful, principled, non-inflammatory leadership.  At a time when politics, both locally and nationally, has been characterized by the politics of destruction, he has refused to traffic there.”

Again, we would have enjoyed his overview of Shelby County Government and his observations on threats to its influence and its opportunities to increase its relevance to the majority of Shelby Countians who live in Memphis.

We have made no secret of our general support for Mr. Luttrell in his battles with the board of commissioners, who seemed hellbent on blurring the lines between administrative and legislative branches despite the laser-focused line that was drawn when the mayor-board of commissioner form of government was created 44 years ago.

Instead, Mayor Luttrell used a last day in office to praise the Juvenile Assessment Center, an idea that pushes ahead in the face of serious concerns and a flawed concept.  It comes from the Memphis Shelby Crime Commission, which fell short of creating a Center that could be a model for the entire country.

The process to capture public input did little to improve things, and has been called window dressing by some grassroots leaders who see its inevitable march as proof that a special interest group of police, prosecutors, and prison have an outsized influence on the setting of local crime prevention policy.

Faced with the issues of mass incarceration – Memphis has one of the highest imprisonment rates in the country – recommendations from the Crime Commission regularly default to harsher sentences, more prosecutors, and get tough policies.

We were initially encouraged when the Crime Commission said it was evaluating a juvenile assessment center for Memphis, because we thought it could signal a more balanced approach to the complex issue of reducing crime rates.   Proponents said the center would offer better odds for young offenders to have a path that does not lead to a jail cell, but the current concept, despite all protests to the contrary, runs the risk of becoming merely alternative detention.

We prefer two models.  One is the Multiagency Resource Center (MARC) in Calcashieu Parish, Louisiana, where the number of children and youth removed from their families and homes has dramatically dropped and with no negative impact on public safety.  As one evaluation said: “These sharp decreases in formal juvenile justice involvement are due largely to Calcasieu’s adherence to a local fundamental philosophy – youth and families are best serviced when provided with individually tailored, community-based services.  This philosophy has gone hand-in-hand with the development of a range of diversion and intervention options that hold youth accountable for problematic behavior, promote youth improvement, and keep communities safe and families intact.”

There is also the model program in New York – DOOR— which is a safe place that “empowers young people to reach their potential by providing comprehensive youth development services in a diverse and caring environment.”  It meets the needs of 10,000 disconnected youths a year and its success is based on “wraparound services” that embrace each young person with an individual intervention plan and with the regular contact and updates to ensure progress.

All this is context which brings us to the comments by Mr. Luttrell, who revealed that a “soft opening” of the Juvenile Assessment Center quietly took place last week.  He insisted that it should not be seen as part of the juvenile justice system but offered little concrete evidence to prove the point.

After all, he said it is the prerogative of police officers to “divert” youthful offenders to the center.  At a community meeting, the public was told that a child’s cooperation was “voluntary,” but his comments made it clear that a child will be taken somewhere – either to Juvenile Court or to the Juvenile Assessment Center – and it’s hard to imagine that the youth will know the difference.  Either way, it is clear that he is being held and that the police are pivotal in the decision-making.

The Real Edge in Success

In explaining the value of the Juvenile Justice Center, the mayor said it could “arrest” negative youth behaviors.  It was an unfortunate choice of words applied to the Center, because although the Center has now opened, there’s no clear evidence that it is not simply another form of an arrest.

The public deserves more than a soft opening.  It deserves hard facts about operations, processes, safeguards for a youth’s rights, and much more.

In addition, Mayor Luttrell published an op-ed column in The Commercial Appeal justifying the existence of EDGE, a city-county agency that during his eight years in office has waived $400 million in county taxes.

He is right that adjustments to EDGE will not be a “cure-all to our economic development struggles,” but he is in error that the previous Industrial Development Board “lacked the authority and administrative infrastructure to create new jobs and improve the overall the economic foundation of the community.”

Whatever authority and administrative structure that became part of EDGE could have also become part of the Memphis and Shelby County Industrial Board.  He also said that he raised the profile of the old IDB board by making it a joint city-county initiative, but it had already been one for decades.

He also dismissed legislators’ position that they alone have authority to abate property taxes, because the IDB had that authority. It ignored the fact that the IDB – and now EDGE – has that power because it was delegated by city and county legislators.

We agree with the mayor that no single change will define success, but there still seems to be the lingering notion that better marketing of Memphis and Shelby County is the road to success along with the regular talking points about schools and safety.

We believe this is a fact that Mayor Luttrell understands and speaking of equity and opportunity on his way out of office would have set a high bar to clear if we want this community’s economy to succeed.

How Walkable Streets Can Reduce Crime