We were talking to our friend Gwyn Fisher about talent and the conversation that was stimulated by our recent posts.  She was generous enough to send in a post of her own.  Ms. Fisher has worked on talent issues for years and knows firsthand the potential and the challenges, and we are proud to post her commentary: 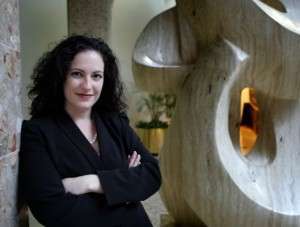 “David, I’d like to introduce you to the Princess of Memphis.”

I felt my cheeks flush as I sipped my wine and quickly tried to come up with a witty reply.

“I might not be the official Princess, but I definitely love Memphis!”  He didn’t smile.

It didn’t really matter if David was unimpressed by my cleverness, the statement was only half true anyway.  I’m trying to love Memphis, but not getting much in return.  A one-sided relationship, and I’m on the losing side.

For a few years, I truly believe our community was making progress in our efforts to turn the tide on the massive outflow of young talent.  Human capital was a critical – and most importantly funded – part of the MemphisED plan.  MPACT Memphis experienced unprecedented growth and a new level of YP engagement not seen in Memphis for more than a decade.  Memphis Urban League Young Professionals burst onto the scene with amazing programming and strong membership growth.  Leadership Memphis and Leadership Academy (now New Memphis Institute) were honing their curriculum to reach more emerging leaders and equip them with the tools to lead the change we so desperately need.  Arts organizations were launching initiatives aimed at connecting with YPs throughout the county.  Local government was actively recruiting YPs to serve on boards and commissions.  Memphis even announced the nation’s first Office of Talent and Human Capital.

Now… Not So Much.

Despite having released the nation’s largest survey of young professionals, and using the data to develop an action plan for the entire community, MPACT seems to have gone quiet for the time being.  The plan still exists (with metrics, deliverables, timelines, and financing vehicles); I’m looking at it on my desk right now.  It was once supported by hundreds of volunteers and organizations throughout the community.  Now… not so much.

Arts Memphis’ BRAVO program folded after more than ten years.  I loved that program!  For many years I split a membership with a friend of mine, and every Fall I eagerly anticipated the release of the season’s schedule.  For myself and my friends, it was the only way we could experience the oft-above-our-budget wonders of the Memphis Symphony, Ballet Memphis, Theatre Memphis, Playhouse on the Square, Opera Memphis, Ornamental Metal Museum, and more than a dozen other delights.  Had it not been for BRAVO, I would never have known what an amazing, vibrant visual and performing arts community we have.  Now… not so much.

One of the most distressing community losses is the demise of Live From Memphis.  I’ve known Chris and Sarah for many, many years (anyone remember the Pizza Hut raves??), and I can say with confidence they are two of our most visionary citizens.  They understand the soul of our city lies in its music, but that’s not enough to sustain us.  They challenged the notion that “starving” and “artist” should ever appear in the same sentence, and foresaw that our economic success could actually be built around music, and not just around factories and shiny objects.  And for a few years, Memphis seemed to see it too.  Now… not so much.

Thankfully (with hands thrown up and a giant sigh of relief), there are several key organizations still movin’, groovin’, and makin’ change – New Memphis Institute, Leadership Memphis, MULYP, and a few YP initiatives around town.  They are still standing strong, symbols of our city’s success… and its potential for failure.

Did I Miss The Memo?

Not so long ago, talent and human capital were a critical, and reasonably-well-funded, component of Memphis Fast Forward’s economic development agenda, MemphisED.  These organizations (I’ll call them YP orgs) sat at the table with logistics, biotech, tourism, innovation, and the like.  Leaders understood and supported efforts to recruit, retain, and develop the most important indicator of a city’s economic success – its talent.  And in five short years, those YP orgs made a lot of progress.  A lot.  Leadership Academy expanded its Summer Experience and launched MemphisConnect, an amazing repository of Memphis culture, events, and all things awesome, viewed by thousands of visitors from around the world.  MPACT Memphis released The Voice of MPACT, hosted hundreds of events, and connected with several thousand YPs throughout the community.  Leadership Memphis developed the Memphis Talent Dividend, leading the nation in its efforts to increase college attainment.

At the end of five years, Memphis Tomorrow threw a big luncheon to celebrate the success of its first Memphis Fast Forward Plan, including the MemphisED partners.  It was a great event!  Very snazzy.  I particularly enjoyed the focus on the power of collective impact.  Shortly after the luncheon, the YP orgs got the boot.

No longer a part of Memphis Tomorrow’s economic development agenda, for the second phase of Memphis Fast Forward, the YP orgs were moved over to PeopleFirst, and loosely appended to the group’s “cradle to career” efforts.  Now they sit at the table with pre-natal experts, Shelby County Head Start executives, workforce training specialists, and area college and university representatives.  It kinda makes sense.  All these groups work with “people.”  YPs are “people.”

Did I mention the YP orgs also got de-funded?  Yep.  MemphisED funded specific projects of each partner organization, subject to meeting certain benchmarks.  Its successor, the Growth Alliance, continues to fund initiatives as well.  From what I understand though, PeopleFirst doesn’t fund anything.

Um… Did I miss the memo saying talent is no longer the most important component of a city’s economic success?  I know I saw the report where Memphis pretty much comes in dead last for number of YPs with college degrees, number of creative professionals, and overall out-migration of many of my friends.  If talent = money, then why did the powers-that-be boot it out of economic development?

Speaking of powers-that-be, what ever happened to the Office of Talent and Human Capital?  I haven’t seen anything from them in ages.

Talent – particularly young, college-educated professionals – should be our number one economic development priority.  If we keep bleeding talent (5 YPs a day and 5 middle class families a day), none of our other efforts will matter.  It won’t matter what company we recruit to the area, if we don’t have the educated workforce to fill the jobs.  It won’t matter how many miles of bike lanes we have if there’s no one to ride them.  It won’t matter that we hosted one of the biggest entrepreneurial conferences American has ever seen if all the startups move out of town.  It won’t matter that crime has gone down 30% in the past five years; the children we are trying to protect are leaving anyway.

We are pouring tens of millions of dollars into our education system, and we’re beginning to see real progress.  Our school merger provides an unprecedented opportunity to build a world class educational ecosystem where every child has the chance to reach his or her full potential.  And in ten to fifteen years, when today’s pre-kindergarteners are tomorrow’s graduates… They will hightail it outta here.

Young professionals want to live near other young professionals.  At the rate this city moves, we should have started building our City of Choice five years ago, just to be ready for those “tomorrow’s graduates.”  Otherwise, Austin, Atlanta, Chicago, Charlotte, Portland, LA, New York and a dozen other cities will gladly welcome them with the kind of jobs YPs want and the neighborhoods they crave.  And our efforts will have been for naught.

Memphis has always been in a bit of a conundrum.  Companies won’t locate here because we don’t have the professional workforce they need.  Young professionals won’t come because we don’t have the jobs they want.  Chicken and egg.  With MemphisED, I thought leaders had finally caught on to the idea that any economic development needs to go after both talent AND jobs.  And then, somehow everything changed.

EDGE was created with no YP / talent component.  The YP orgs got booted out of the Growth Alliance.  The community failed to support one of our most prized assets – Live From Memphis.  Leaders were not brave enough to invest in the kinds of big ideas that make good cities great – Memphis Art Park.

I’ve said it a gazillion times – We’ve got one shot at this.  Please put talent at the top of the economic agenda and fund it accordingly.  Please stop talking the talk and start walking the walk.  I love Memphis, but right now… not so much.

Memphis, do we need to break up?  Does this Princess need to find a new kingdom?  Nashville and New Orleans are asking for a spot on my dance card… 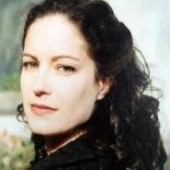