Getting Urban Design Right: Broad Avenue As A Test 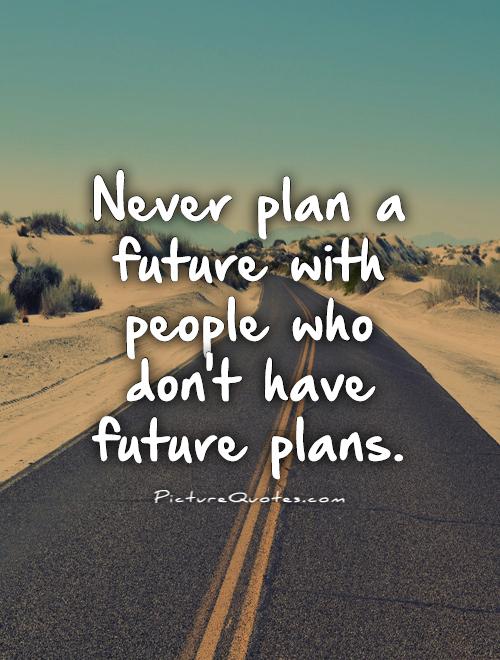 The latest prestigious architectural award for Crosstown Concourse was a powerful statement that the age of derivative architecture in Memphis is over.

At least that’s our optimistic reading of it.

For us, it began with AutoZone Park and FedExForum, ending an era when we thought a silver pyramidal structure on the riverfront was actually visionary.

Yes, we still have suburban designs for too many residences that disrupt the urban texture facing the river, and there are still cookie cutter commercial buildings, but we are feeling hopeful that the tide has finally turned.

It became more viral in recent years as the architecture of other buildings – notably those involved in adaptive reuse – upped their game, creating building designs that rejected the ordinary into something more noteworthy and with more architectural integrity.

With this progress encouraging us, it’s a good time to realize that focusing on better architecture is only half the battle.  We need to concentrate more on place, not just project, or put another way, on urban design as much as architecture.

This means that developers and the architects they hire should ask themselves: Does the architecture support the existing community in ways that revitalize and create welcoming connections to adjacent neighborhoods, and does it send the unmistakable message that the architecture values and respects the neighborhood where it is located?

In other words, the ultimate test of a building is not just that it is able to win architectural awards, but that it inspires ways to reimagine places in neighborhoods that contribute to the neighborhoods’ accelerated success, that recognize their own authenticity, that enhance the economic competitiveness of the neighborhood and not just the project, and that emphasize public spaces’ connections between functions and people.

There are examples of design that fail this test, including the 414-unit apartment complex proposed for the area under Broad Avenue’s now iconic water tower.

As designed, the project largely walls itself off from the neighborhood whose success drew the project there in the first place.  It makes no serious effort to connect to Broad Avenue, to increase green public space where the spirit of neighborhood is forged, or to create a synergy between project and place.

More than anything, it feels like an apartment equivalent of a shark – content to feed off the energy of its target but failing to contribute to the organic spirit, bottom-up philosophy, and grassroots inspiration that allowed Broad Avenue to rise from the grave and become the special place it is today.

A Board Undermining Process

We hear a great deal these days about the importance of public input, about government’s interest in neighborhoods’ opinions, and the way that plans like Memphis 3.0 are translating what the public says into what the public wants.  It’s a welcome shift from the old days when developers routinely swatted away neighborhoods’ concerns like gnats in a process they essentially owned.

Unfortunately, the Memphis and Shelby County Board of Adjustment – which approved the Broad Avenue project – remains a relic of that past and even today, as we claim to revere public input, the Board of Adjustment allows developers a dependable process to get their way and to deny the public even the right of appeal to their elected officials.

The routine use of the Board of Adjustment to side step the planning process of the Land Use Control Board – with the right of appeal to City Council – and the equally routine approval have long been overused and its purpose has been stretched to the point that it is an entitlement rather than an exception.  Board of Adjustment decisions can only be appealed in court, which are cost prohibitive for neighborhood groups and advocates.

It is an indictment of “the system” that the rights of the public to have a voice and to challenge plans are so cavalierly eliminated at the Board of Adjustment.  It’s way past time to rein in the Board of Adjustment so that its powers are defined as part of a real process, because, although the media refer to it as a planning board, it is the antithesis of one.

It is difficult to imagine that we can achieve the goals, ambitions, and priorities of Memphis 3.0 if the Board of Adjustment continues to provide an end run that limits the vetting of design,  the best use of land, and answer questions like: Does an 800-foot-long singular building with aluminum façade really fit into historic, finely-grained architecture?

Hopefully, the powers-that-be will resolve this defect or admit now that we will handcuff Memphis 3.0 as we have done to far too many plans over the past 20 years so that developers continue to get their way.

Now that apartment developers can also get tax holidays as part of EDGE’s PILOT program, the taxpayers whose money is being affected should have a mandated and systematic access to every process that can protect neighborhoods’ integrity and produce an impact that balances the interest of both the developers and citizens.

Come to think of it, now that state law has been amended to allow tax holidays for apartment developers with projects anywhere in Shelby County, there’s never been a greater need for oversight so that projects emphasize not just architecture but urban design.

We know that there are some people who would rather support the Broad Avenue apartment project than to oppose it for fear that nothing will be done on the almost 10-acre site.  It’s another example of the “it’s good enough for Memphis” attitude that reflects the city’s traditional lack of self-worth and self-confidence.

If Memphis is indeed in the midst of historic momentum, as we are told so often by politicians and economic development officials, the city – and its citizens – are way past the time when the city should settle for just anything in the name of “progress.”   It’s worth remembering that we will live with the designs of projects – good or bad – for 50-75 years.  For that reason, it’s well worth the time to get it right, and to use the developers’ request for public incentives to make sure it is.

It’s an encouraging sign that EDGE has hired Arch, Inc., to provide architectural review of all potential projects requesting PILOTs.  Now that EDGE has grown far beyond its founding mandate with tax freezes not just for companies, but also now for hotels, apartment complexes, and neighborhood businesses, this kind of review could have widespread impact creating an urban design ethos in Memphis.

The proof will ultimately be whether the EDGE review has real teeth in it and if the firm – which has a proven ethos for designing places and not just projects – is given the direction to be bold and aspirational in its recommendations.  We have always admired Arch, Inc., for being resolute in its professionalism, its opinions, and its philosophy, so EDGE deserves credit for taking this step.

In its way, EDGE has the opportunity to shape Memphis 3.0’s future by creating the precedents for what a balanced emphasis on architecture and urban design can produce.  After all, it comes at a time when cities’ roles are evolving and urban design, particularly in public spaces, are in and of itself becoming magnets for people.

In this way, each of Memphis’ projects can be part of improving public spaces and contributing to community cohesion and connectivity.  FedExForum and AutoZone Park were admirable in their attention to it, and the move of Memphis Brooks Museum of Art offers a powerful opportunity for a signature urban design project.

It’s an opportunity more difficult for the proposed aquarium which is more isolated on Mud Island, but it underscores the importance of getting the six miles of riverfront under way and completed.  It’s the fabric for urban design whose priority has to be elevated so 2+2 equals more than 4.

These are spaces that every Memphian owns – and where community is built across racial and economic barriers.  They have to be designed the right way, and the Studio Gang concept for the riverfront has done just that.  It takes into account how the riverfront meets the street and downtown, the kinds of materials used, the scale and size of spaces, better streetscapes, connections to the river, and the emphasis on connectivity so long overlooked in this community.

We have already learned these lessons from Memphis’ work at the front of the tactical urbanism movement, but we also learned it from the Knight Foundation’s Soul of the Community study, which investigated why people move, and after interviewing more than 40,000 people, the three top answers surprised everyone – “social offerings, openness, and aesthetics.”

In other words, shouldn’t the first objective for our architecture and urban design should be to design the city that people want to love?

That’s the reason to emphasize urban design – the blending of architecture, landscape architecture, and planning to make urban spaces functional, uplifting, and fulfilling.  It’s about the arrangement and design of building, public spaces, public services, amenities, pedestrian movement, and transportation to give form to whole neighborhoods.

All of us in this community like to talk about Memphis’ present historic opportunities, but in our book, the opportunity to become a leader in urban design is just that.  It is real and it is within our reach, if we prove we want it.