Is Gannett Willing To Deliver The Newspaper Memphis Wants? 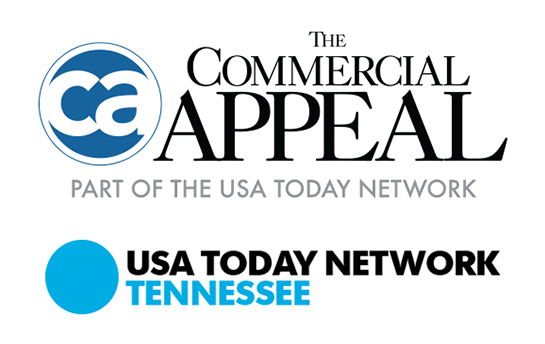 Leadership of The Commercial Appeal last week assured staff members that parent company Gannett had pledged resources sufficient to fend off the challenge of an upstart non-profit media outlet that spirited away three of its most popular staffers before anyone caught wind of its existence.

That’s a hopeful sign Gannett has finally heard us, because what we have been saying is clear: we want a Memphis-centric news product produced in Memphis by Memphians for Memphis.

It’s never too late to correct course, but in the wake of the leadership’s assurances, the remote cast of characters who control things from the Nashville mothership forced on The Commercial Appeal chagrined staff the click bait photo galleries of school graduations that would have made a town weekly newspaper proud.

It was hard to imagine that the Gannett Nashville operation could think of another way to demoralize the already thin staff, but they came up with a way.  It puts Gannett in the position of doing what neither the Civil War and Yellow Fever epidemics could do: kill off The Commercial Appeal.   Surely, there is no question at this point that the continued arrogance and indifferent to market demands imperils its future.

From “Old Faithful” to Punchline

But then, hope springs eternal, so we’re hoping that someone in the Gannett bureaucracy can finally hear us and provide The Commercial Appeal leadership with the resources they need.

To that point, it’s time to scrap its utterly illogical ‘Tennessee Network’ strategy of centralization and restore control of the CA newsroom to um…someone who knows something about Memphis.

If it is true that the past is the best predictor of the future, given Gannett’s history here and elsewhere, it’s logical to assume we’re in for more of the same: lip service about how critical Memphis is while it delivers a product so bereft of local news, and so full of embarrassing errors, that it’s become a punchline.

Continue down that road and the choice for consumers will be more obvious than ever as the nonprofit expected to launch an all-digital news site in the Fall steals more Commercial Appeal newsroom vets along with their readers.

They Never Even Bothered To Get To Know Us

The would-be competition gives us something we’ve not had since Gannett purchased the CA three years ago — hope.

A course correction is possible for the first time since Gannett execs strode into town convinced they knew what was best for the once proud Commercial Appeal.

It better happen quickly and decisively because consumers are about to have a rare choice in an era of endangered local media: a Memphis centric product produced in Memphis by Memphians (many of whom are top CA refugees) for Memphis, or the CA in name only produced and directed remotely by a cast of characters who don’t know the old bridge from the new one.

Cliché though it may be, but action will speak louder than words.

Is the loss of staffers Geoff Calkins, Jennifer Biggs and Chris Herrington in a single week warning enough to prompt action?

Or will more have to leave before the obvious sinks in?

Does the Nashville-based Gannett brain trust finally understand centralization and homogenization of news inherently ignores the demand for local news and insults our collective intelligence?

Looking back, it makes sense that Commercial Appeal Executive Editor Louis Graham bolted when he did in mid-2017.  It’s apparent now that he couldn’t abide the Gannett strategy of centralization and bone-cutting budgets.

After rising through the ranks at the CA from reporter to Editor over a 34 year career, why else would he so abruptly exit at the peak of his career?

In hindsight, that was the first internal fissure that Gannett didn’t recognize or, more likely, ignored.

While the broad picture of how the Memphis Daily News will morph into a nonprofit remains hushed, details continue to drip out, and by several accounts, we are told Mr. Graham is involved in the background.

The hiring of The CA’s Big 3 creates a remarkably solid core to launch an attack.

Calkins is arguably the strongest individual news brand in Memphis with, until recently, a must-read CA column, a popular sports radio show, and nearly 70,000 Twitter followers. If we were starting a competing product, he’d be our first choice too, and Ms. Biggs and Mr. Herrington would be close behind.  So would the best investigative reporter in the market for decades – Marc Perrusquia.

Others are expected to continue the stampede to the exits in the days to come.

So what can Gannett do to make amends?

Simply admit it misread the market and give us back The Commercial Appeal. Local news.  Local control.  Reasonable print deadlines.

To do otherwise is to continue to ignore the warning signs that should be even understood in Nashville: Memphis is not buying what Gannet is selling.

This Week On Smart City: What’s Old Is New Again

The Mindset of Faculty Born Before 1980