Jeff Sessions’ Failed Policies From The Past 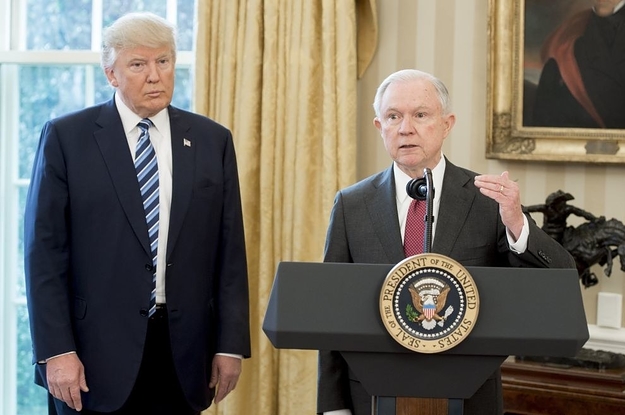 Hopefully, Memphis Police Department’s partnership with the U.S. Department of Justice to fight crime in Memphis won’t be one of those federal programs we live to regret.

Memphis was one of the 12 cities where Attorney General Jeff Sessions’ DOJ will “combat violent crime,” according to the department’s press release.  “The Department of Justice will work with American cities suffering from serious violent crime problems. There is no doubt that there are many strategies that are proven to reduce crime. Our new National Public Safety Partnership program will help these communities build up their own capacity to fight crime, by making use of data-driven, evidence-based strategies tailored to specific local concerns, and by drawing upon the expertise and resources of our Department.”

In the midst of all the bureaucratic buzzwords, the details about the National Public Safety Partnership are few and far between.  The DOJ said that “the partnership provides a framework for enhancing federal support of state, local and tribal law enforcement officials and prosecutors as they aggressively investigate and pursue violent criminals, specifically those involved in gun crime, drug trafficking, and gang violence.”

So, make of that what you will, and even police director Michael Rallings, according to the New York Times, has “little sense of what to expect of the new program but that a diagnostic team would soon visit his department,” but we’re hoping that a requirement of the federal help doesn’t require agreement to see the problems through the lens of Attorney General Sessions.

His agenda embodies the apocalyptic view of urban American advanced by his boss, contending that the only ways to get things under control are force, more militarization of police, longer prison sentences, and more people in jail.  It perpetuates so many stereotypes and false premises that have their roots in the neo-Confederate thinking in Southern states like Alabama where Mr. Sessions’ view of criminal justice was shaped.

The code words may be different, but the purpose is often the same: to treat urban dwellers (think African Americans in particular) as problems that respond to force and coercion rather than as partners in neighborhood-based interventions to address the seedbeds for criminal behavior.

Most notably, Mr. Sessions has already announced a new DOJ policy on charging and sentencing, directing federal prosecutors to take the charges and the sentences to the max.  It is this Administration’s version of “throwing the book at them” and “getting tough on crime,” but most of all, it is one more thing on the apparent check list of Obama initiatives that the Administration is reversing.

President Barack Obama had brought a more thoughtful approach to federal prosecutions, calling for leniency on nonviolent drug offenders with no serious criminal history.  The purpose was twofold: to act as an intervention for defendants to reduce the growing costs of mass incarceration in the federal system.

As usual, Mr. Sessions cloaks his prosecutorial hammer with the idea that he, and the Trump Administration, are merely upholding the Constitution.   In keeping with prosecutors’ talking points for decades, he says increases in crime result from gangs, guns, and drugs although there are any data to prove the point.

We are expected to accept this if it is repeated enough, and Shelby County Attorney General Amy Weirich was not reluctant to join in with her support for the Sessions program: “We will continue to work with our law enforcement partners here to keep targeting gangs, drug traffickers, and gun crimes.”

All in all, it makes us wish for a third party assessment of these three target areas, however, there is one thing we can bet on: there will be no change in gun laws to increase background checks and other common sense regulations favored by a majority of Americans.  Police officers tell stories of people driving around Memphis with assault weapons in their cars, but we’re betting this new program by Mr. Sessions will do nothing to address this as he genuflects to the gun lobby.

Meanwhile, one U.S. city recently evaluated the impact of gangs there after years of hearing how they are the sources of crime and found that it was highly overstated.  That may or may not be the case here, but it sure would be good to know it for sure rather than rely on people with vested interests for more money for law enforcement, prosecution, and incarceration.

Finally, some of Mr. Sessions’ comments come awfully close to “reefer madness” themes of years gone by, asserting that marijuana is a gateway drug and is the cause of more violence “than one would think.”  If the drug war taught us anything, it was the inanity of putting good money after bad to ramp up another fight against marijuana, but it’s sure to happen.

Here’s the thing: there’s no guarantee that Mr. Sessions’ solutions are the right ones or that they won’t make the problem worse.  Research suggests that decreases in crime in cities like New York were related more to better use of technology and new tools that dealt with root causes rather than symptoms.  There are also clearly ebbs and flows nationally in crime that relate to demographic and other trend lines.

It’s easier to simply arrest people after violent crimes take place but prevention and intervention programs are needed just as much.  At the same time, greater emphasis on reentry programs and reform of laws so former felons could get jobs would have broad impact.

That said, with a proposed Trump budget that calls for a 20% cut in DOJ funding, we predict that there will be little money to spend on anything but strategies from the past that decimated the population of minority men and locked them up for sentences far beyond anything seen in any other industrialized nation.

With almost one in every 100 American adults locked behind bars – 40% of whom are African American and one in three African American men can expect to spend time behind bars, our incarceration rate is nine to 10 times higher than many European countries, 25% of the world’s prisoners are in the U.S., and five times more people are incarcerated in our country than in 1970.  As a nation, we spend $260 billion a year on criminal justice, and here, our costs conservatively run to about $700 million a year.

Having that much money diverted from positive projects that improve human capital, early childhood outcomes, and quality of life should be reason enough for action, but it’s likely that the Sessions era will see our local costs increase as former federal costs are pushed downward.

More to the point, with the evidence that high levels of incarceration provide little benefit to public safety, it would seem reasonable to consider how we can shift our policies and our funding to support more beneficial, humane, and affordable ways to reduce crime and mass incarceration.

Mr. Session can fulminate, but the research is clear: crime prevention programs work, and increased incarceration at today’s levels has a negligible benefit in fighting crime.

If there’s a bright ray of light in the new partnership announced by Mr. Sessions with the City of Memphis, it is that it does not promise any new funding.  That makes it especially easy to pull the plug if it’s just more repressive policies from the new DOJ. 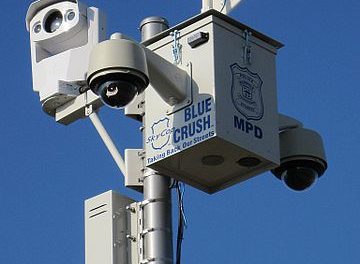