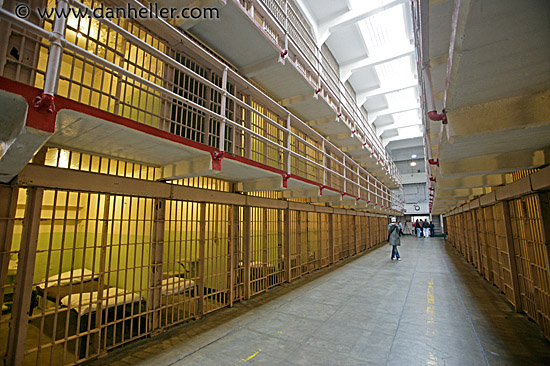 It’s largely one trick pony with too little attention to solving the underlying problems.

As a result, the recent uptick in Shelby County violent crime – property crimes continue to go down – produces the predictable call for more police officers.

Police officers say the increase is caused by a reduction in commissioned officers, although there’s no information to show that these officers were even on the street since, according to the city’s five-year fiscal plan, City of Memphis significantly decreased civilian employees and replaced them with a significant increase in commissioned officers doing administrative, data entry, and other duties.

In other words, saying that the number of commissioned officers is down tells us nothing.  Correlation is not causation.

A Hammer In Search of a Nail

Also, what we don’t know is how many commissioned officers would be needed if Memphis followed the example of other cities with the civilianization of non-enforcement jobs, increasing PSTs to answer traffic accidents (if the police department answers them at all), and ending what has been called inelegantly a “full service” police department here that answers all kinds of calls – more than 50,000 reported crimes are among the about one million calls to which police are dispatched each year, many of which would be best left to other city departments (if they are answered at all).

More to the point, there are numerous cities that have cut the size of their police forces while the crime rate goes down.  And while the crime rate has always been higher in Memphis than in most cities (and Tennessee is considered the state with the highest violent crime rate), its rate has by and large ebbed and flowed in keeping with national crime trends.  And we are not the only city concerned about a recent spike in violent crime, and these cities include Seattle, Portland, and Charlotte.

Violent crime in the U.S. increased in 2012 for the first time in six years as a result of the increases in large communities, including Shelby County where major violent crimes increased in 2012 by 10.8% when compared to 2011.  It decreased by 8% in 2013 when compared to 2012, and the most recent report showed that it increased again in 2014 by 8.1% in Shelby County and 7.7% in Memphis.

As the axiom says, when you’re a hammer, every problem is a nail.  That’s often the case when the crime rate goes up here because “answers” are routinely looked from police officials and prosecutors who default to their call for more police officers and longer sentences although there’s no cause-effect data to justify it.

The City of Memphis Five-Year Strategic Fiscal Plan says: “The link between the number of police officers and crime rate reduction is, at best, elusive. Different studies have found different relationships and data suggest variation by city. Other approaches related to crime prevention, prosecution and punishment may have as much, if not more, of an impact on crime reduction and often come at a lower cost than sworn police officers.”

It adds: “Memphis remains an outlier in the size of its Police Department when compared to other cities with 500,000 or more residents that have achieved the greatest reductions in violent crime rate over five years.”

But here’s the kicker: Memphians could hardly be accused of not aggressively supporting police services. The City of Memphis budget is dominated by the quarter of a billion dollars appropriated for Memphis Police Department – each year.

If the 2006 budget for the police department had increased at the inflation rate, it would today be $209.7 million.  Instead, its approved budget for the current fiscal year is $246.3 million.

While the rest of city services were battered by tight budgets and financial hard times, the budget for police services continued to climb.  Just since 2010, the budget has increased $29.3 million while budgets for other services were flat or declining.

Boots on the Street

Relying on the adopted city budgets as source documents, the current year budget has this anomaly when it is compared to the previous year’s budget: the MPD budget increased $16 million while the authorized complement of personnel decreased 236.  However, the number that matters the most to Memphians is the size of uniform patrol/precincts.  It’s increased 156 since 2010 and has been about 1,600 employees since then.

Of the $16 million increase in this year’s approved budget for police services, $8.4 million was for patrols/precincts, and we assume that there’s a logical explanation to explain how the budget increased this much while keeping the same number of officers, but the budget offers no explanation.

FYI: In this year’s MPD personnel complement, 1,594 are assigned to precincts; 310 to administration; 291 to support services; 255 to investigations; and 246 to special ops.

This is a long way of saying that no one can accuse City of Memphis of not providing Memphis Police Department the money it needs to operate.  It has in fact sacrificed most city services to do so, and as a result, we resist the temptation to respond to the current increase in violent crimes by calling for more police officers.

The Other Legs of the Stool

Substantially the same level of patrol officers was on the streets in the years when the crime rate was going down as is on the streets now.  The police division has been smarter in its deployment of officers and in executing data-driven enforcement, but at the end of the day, if we rely only on law enforcement to reduce crime, the money needed for the police department is unsustainable.

A few weeks we wrote that the problem with our PILOT program is that not enough is being done to deal with the underlying problems that result in our overreliance and overuse of tax freezes in economic development.  The same can be said about crime prevention, because despite a decade of being one of the U.S. cities with the highest crime rates, we haven’t done nearly enough in Memphis to attack the underlying causes.

The fact is that we cannot build our way out of the crime problem with more and more jail cells.  As Mayor Mark Luttrell said when it was serving as sheriff, the “lock ‘em up” strategy that processes 60,000 people (some of them multiple times) through Shelby County Jail every year is the easy part, but it’s the “other two legs of the stool” that need equal attention and emphasis: prevention and intervention.

It’s why our community has to get more inventive and bold in comprehensive strategies of crime prevention.  Vital to our success in fighting crime are more community crime prevention strategies that target changes in community infrastructure, culture, technology, and physical environment to reduce crime.

These strategies could seek to engage residents, community and faith-based organizations, and local government agencies in addressing the factors that contribute to the community’s crime, delinquency, and disorder.

More and More Kids in Poverty

As Mayor Luttrell said at the recent youth violence summit, “Government does not have all the answers.  We’re not going to ask our citizens to strap on a gun and get out there and police the streets, but we are asking our citizens to get out in the streets and intervene in the lives of young men and women through our faith communities, schools, neighborhood associations, and try to make a difference.”

The good news is that there are programs that are working, including GRASSY, Gundown, Boys and Girls Clubs, and more.  The bad news is that they are not touching enough youth and we need to scale them so every young person has a chance for better options in his life.

But, if we want to seriously affect the crime rate, we need for all children in the first five years of their lives to have the opportunity for the kind of optimal social and emotional development that sets them up to succeed in their lives, to do better in school, and to make better choices.

It’s easy to wonder what kind of impact on the crime rate if these programs had received the $16 million that went to increase the budget of Memphis Police Department this year.

To underscore the sense of urgency we should all have, consider just two data points: One, when compared to the average of the 51 largest metros, Memphis has significantly more of its population who are under 18 years of age.  Two, the child poverty rate in Memphis has risen from just under 35% in 2005 to 45.7% today.

Until we get deadly serious about the interventions that give every young person better options, Memphis will be yoked with higher and higher costs for police services and indicted by future generations for our failure to do more than simply look for the answer in locking up more and more people for longer and longer sentences.