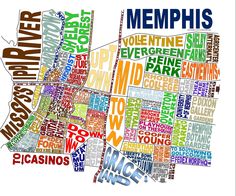 It goes without saying that the front lines for Memphis’ battle for economic success, prosperity, talent, and progress are found in its neighborhoods.

They are the backbones for the city itself, and so much of Memphis’ future will play out there.  Memphis must rebuild its neighborhoods but it also must concentrate and capitalize on opportunities to make strategic investments that define and propel the city’s economic fortunes.

These priorities are not mutually exclusive.  In fact, they are the opposite sides of the same coin.  To balance these priorities, to develop a clear plan of action, to create a plan of investment, and to leverage private capital and community energy, Memphis should consider an umbrella agency that can assume responsibility for these overarching objectives.

Now that the City of Memphis has tackled and eliminated the warehousing of poor families in large-scale public housing complexes, it should turn its undivided attention to applying the lessons it has learned to neighborhoods characterized by intractable poverty and the web of problems created by it.

It’s hard to think of a better time for a stepped up focus on redevelopment of Memphis’ neighborhoods.  The number of people in poverty in Memphis and the Memphis region has remained stubbornly high for 30 years and number of census tracts with concentrated poverty has doubled since 1970.

Children who escape from areas of concentrated poverty are the exceptions, not the rule, because poverty regularly begets poverty, which is the reason that the single-minded mission of the Greater Memphis Housing and Development Corporation should be to dramatically reduce poverty and increase income.

Shaking The Definition of Insanity

Current programs in Memphis are creating incremental progress, but then again, most cities are making incremental progress, and as a result, Memphis remains in the same relative position – at the bottom of the rankings for the economic indicators that matter most.  With a bold plan of action for development, housing, and neighborhood revitalization, Memphis sends a compelling national message about its confidence as it faces the future and double down on its seriousness about producing the kind of change that is needed to improve the city’s trajectory.

The challenges facing Memphis are complex and challenging, and the Greater Memphis Housing and Development Corporation brings a new, creative, and nimble approach to capitalizing on opportunities, identifying and leveraging reinvestment, and revitalizing neighborhoods.

As we wrote recently, where someone is born largely sets the choices and determines the futures for one in four Memphians, because of the distinct geography of poverty that holds 151,000 Memphians in its grip.

It is estimated that about 5,000 youths between the ages of 16-18 and 23,000 19-24 year-olds live in these areas of concentrated poverty and they are neither in school nor in the labor market.  These “opportunity youth” demand new, effective interventions.  Based on Aspen Institute data, each youth creates an immediate taxpayer burden of $13,900 per year and an immediate social burden of $37,450.  In the 20 years after each of these youths reach the age of 25, he (or she) will impose a future lifetime taxpayer burden of $235,680 and a social burden of $704,020.

It is inarguable that these neighborhoods need interventions, reinvestments, and redevelopment, but doing what we’ve been doing and expecting different results wastes precious time.  A development agency similar to those that have proven successful in other cities could be a crucial vehicle for a different future for Memphis neighborhoods.

It is in the enlightened self-interest of everyone in metro Memphis to attack with new purpose and innovation the problems in these neighborhoods which are about geography, but also about demography, pathology, etiology, and ideology.  In other words, it is about place, data, problems, causation, and beliefs.

This new strike force for change would ultimately set a clear plan of attack to revitalize neighborhoods and to expand the economy.  To succeed, its attack must be waged on several fronts at the same time, requiring precision, targeting, collaboration, coordination, and resources.

It’s campaign that mounts its attacks neighborhood by neighborhood, block by block, and family by family.  And most of all, it’s a campaign mounted with collaboration with the neighborhoods themselves.

Some areas for obvious action include:

* Blight reduction: cleaning up and ridding the core city of blight, abandoned houses, and other physical manifestations of neglect and abandonment, such as doubling and tripling the current program to attack problem properties.

* Improved housing: providing for decent, clean, and affordable housing to create stability and sustainability, particularly for children since their transiency makes it difficult to create consistent and stable learning environments; providing housing options for all at-risk groups, including SRO’s for single adults, and housing for seniors from the adaptive reuse of public buildings such as schools, and the homeless.

* Infrastructure: complete streets; enhanced neighborhood services and aesthetics to ensure the environment is clean and safe, including sidewalk and street conditions, lighting, and cameras, and public facilities are correctly located and sized for maximum use and economy.

* Education: focusing on children under 5 when social and emotional development is pivotal to academic success: pre-school education, quality day care, weekend tutoring, and a continuum of interventions from a network of collaborators.

Building From Neighborhood Up

The core principle for this new approach is implementation of a neighborhood planning process that brings disparate and diverse voices to the table – all levels of government, business, grassroots, neighborhood groups, philanthropies, social service agencies, and more.

Greater Memphis Housing and Development Corporation would be designed to take a broad view of fighting for Memphis neighborhoods, including how to address the broad range of economic factors like sprawl that have contributed to present neighborhoods conditions.  For example, there will be attention paid to blight as well as the impact on Memphis from I-269, and also historic preservation, transportation, public transit, economic development, neighborhood abandonment, and the impact of HUD’s site-based Section 8 housing that in effect recreated the large-scale public housing complex at the same time it was being eliminated by City of Memphis.

This new planning framework would promote a unified approach to collection of data including population changes and the needs for services and would integrate and coordinate all major projects efforts to achieve a single consensus focus by linking plans like the Blueprint for Prosperity, City of Memphis Five-Year Strategic Fiscal and Management Plan, Sustainable Shelby, Memphis Fast Forward, Metropolitan Business Plan, and Memphis Public Safety Plan.

It’s A Crime What They Say About Gaston Park

How We Cured “the Culture of Poverty,” Not Poverty Itself