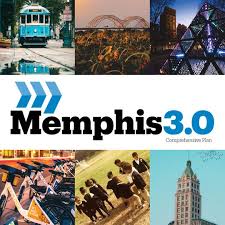 The foundation on which Memphis 3.0, the first comprehensive plan for the city in more than 40 years, is built on data.  Earlier this month, we posted one group of interesting facts taken from the report and followed it with a second.  Here’s the third and final group of factoids:

* In 2015, 74% of Memphians had limited access to healthy foods and 26% received food stamps. Grocery stores in Memphis are spaced at regular three- to four-mile intervals, leaning towards Grocer Efficiency as opposed to Customer Choice. (insert endnote for RCLCO)

* There is concentration of lower income families relying on convenience stores for groceries, especially when they are without a vehicle, but often choices are processed foods and without fruits or vegetables. The City has more convenience stores than conventional grocery stores; in areas considered food deserts, convenience stores are often more accessible. The plan recommends expansion of the Healthy Corner Store Initiative. In 2014, YMCA led a pilot healthy corner store initiative that can serve as a model for other entities and neighborhoods. (PHOTO BY Dave Tavani of healthy corner store)

* Memphis has approximately 9,150 acres of park lands, 4.7% of the city’s total land area. Memphis and Shelby County have a large network of regional recreational areas, yet only 57% of the population is within a 10-minute walk of a public park due to the limited number of smaller community parks.

* The City of Memphis has roughly 56 square miles of vacant land (excluding open space), 20% of which is public­ly-owneo.

* Memphis has about 30% total tree canopy.

* Only 19% of Tennessee Valley Authority’s energy portfolio comes from renewable energy sources, which is the supplier for the local Memphis Light Gas and Water (MLGW), the city’s only utility company. If Memphis is to be a resilient city that plans for its future, it will prioritize energy ef­ficiency and renewable resources

* One in five Memphis families earn less than 80% of the HUD Area Median Family Income (HAMFI), a maximum of $47,972, and pay over half of their income to housing costs. Of these cost-burdened households, two-thirds are renters, making these families face even more obstacles to acquiring affordable housing.

* Jobs growth is projected to be slow and steady through 2040, amounting to about 26,000 new jobs. The greatest job gains are forecasted in leisure & hospitality, construction, and education & health. The city’s retail supply has grown faster than the population. Between 2000 and 2017, the city’s total retail inventory grew by an estimated 17%. In comparison, the population grew by 1% between 2000 and 2015. Some amount of new development will be necessary to replace older strip malls and shopping centers, which may not meet the preferences of modern retailers (especially national chains). Overall, however, the city of Memphis has an estimated 82 square feet of retail per person – compared to a national average of 23.5 square feet of retail per person, which is considered an oversupply.

The City Energy Efficiency Scorecard report ranks 51 large U.S. cities in five key areas to save energy. Out of 100 points, Memphis only received 18.5, thus making it the 48th city, and found that in 2016 it had the highest energy burden. Memphis needs to identify and implement a city-wide energy efficiency target, which can be benefitted by the adoption of more energy efficient utility systems.