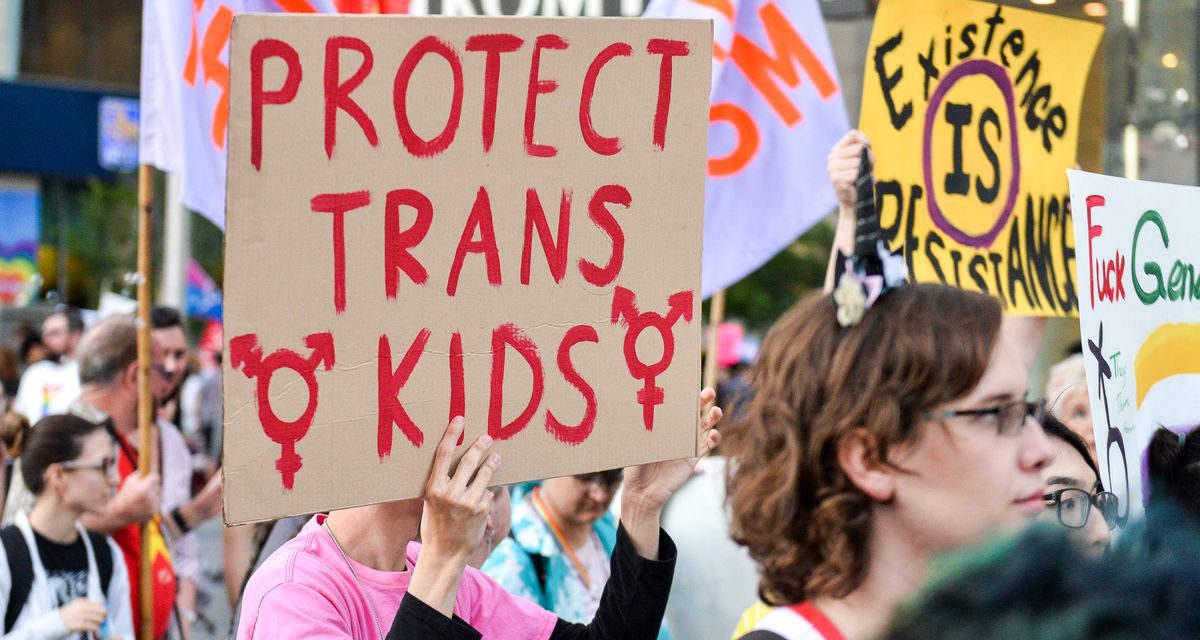 Thumbnail: Hatred and fear are the engines for the political posturing of the far right.  The most recent example is the demonization and objectifying trans youth and injecting themselves in the most intimate family decisions.

It once seemed that the far right would eventually run out of people to hate.

It was wishful thinking.

They always manage to find one more group, one more organization, or one more company for its venom, much of which comes from evangelicals who claim once a week for an hour that God is love.

It’s next to impossible to keep a running list:

* LGBTQ people striving for full and equal rights as Americans.  African Americans protesting for justice or talking about the country’s history of racism.  Books in school libraries about real life and history.  Brown and Black immigrants attracted by the American Dream so allegedly revered by those who want to push them back to where they came from.  City residents who are vilified even though it’s their cities that drive 85% of the national economy. Blue states despite the uncomfortable truth that these states spin off the federal revenues that support the red states.  People who believe in scientific fact, particularly if climage change, masks, and vaccines are involved.

* Muslims who believed the promise of separation of church in the Constitution.   Women who believe they should be in charge of their own bodies.  Major league sports that defend the rights of players to kneel and that oppose voter suppression: National Basketball League, National Football League, Major League Baseball, and Women’s National Basketball Association.  Evangelicals who don’t see Trump as an article of faith in their religion.  Corporations like Delta Air Lines, Disney, and Coca-Cola that put their money where their mouths are in opposing voting suppression and anti-LGBT laws.  The news media, always.  It reports on the actual actions of the far right which then calls them lies.

Remarkably, these are people who can put the name of Jesus Christ into any sentence on any issue but then use it as a cudgel to bludgeon anyone who disagrees with them.  What ever happened to their “God don’t make no mistakes” comments?  WWJD?  Certainly not vilify and belittle these God’s creatures.

Another Level of Cruelty

It’s naïve to suggest that only acolytes of the fight wing dispense hate, but here’s why they are different: It is a central operating principle for them rather than actions by a fringe group.  It’s strengthened by conspiracy theories, glib comments about cancel culture whenever they don’t like something, calling everything woke if you don’t agree with it, and a position of perpetual victimization.

But those don’t include the most disturbing element of that propels so much – cruelty.

We can see it playing out these days with the demonization of transgender youths for political advantage.  At a time when these youths are dealing with a pivotal moment of their lives and often dealing with the taunts and barbs from school peers, the “grown ups” in the Republican Party objectify and demonize them to win votes.

At a time when they are dealing with finding their true selves and doing it, hopefully, with the support of their parents, medical professionals, and clergy, legislators force themselves into the most intimate decisions of their families, removing the right of youths and their parents and doctors to begin.

At the time that the right wing talks about “parents’ rights” and getting libs out of their business, they take away parents’ rights to make decisions about how to address their trans children.  And they don’t just take away rights, they also label parents as child abusers and teachers as grooming children to be trans and gay.

These people have an empathy deficit.  It is impossible for them to put themselves in another person’s shoes.  Already often dealing with feelings of isolation, trans youths and their families are now subject to an arm of the government discounting their value as human beings, branding them as unworthy of help, and kicking in the doors of their houses to limit their medical options.

Recent case in point: Arkansas legislators outlawed all gender-affirming medical options for trans youths and their parents and their doctors. The legislature overrode the veto by Governor Asa Hutchinson, hardly a bleeding heart liberal, who said it’s part of “the culture wars that we’re engaged in” and that Republicans are often “acting out of fear of what could happen or what our imagination says might happen versus something that’s real and tangible.”

In the latest imagining, legislators claim they are saving girls and women’s sports by blocking medical treatments for trans youths.  Like so many issues in the right wing culture wars, it is another solution without a problem.  (Rewind to trans people in women’s bathrooms’ fake controversy from a few years ago.)

In many cases, the treatments sought by trans youths and their parents are not just physical in nature.  They are also about mental health, because so many youths are imploring life-changing, lifesaving help.

But legislators don’t care how deeply parents have discussed and researched their children’s options and seriously evaluated the way forward.  Genital-obsessed legislators, turning their attention from telling women what to do with their own bodies, now put targets on the backs of trans youths and their families.

All in all, the arrogance is nothing short of stunning.  And like so many of these culture war legislative agendas, they are not based on any research or evidence or data, driven instead by politicians’ use of children for the most craven pursuit of personal power.

It begs the question of what happened to the Republican Party that once eviscerated big government that interfered in our lives, complaining about the “nanny state.” Who’s the nanny now?

And yet, Americans didn’t agree and eventually the majority of us said enough is enough. Despite all the dire warnings about the collapse of our culture, straight people have had no inconveniences as a result (although the far right continues to paint religious straight people as victims).

We are cursed to fight this battle again and again.  It was proven when although the majority of Americans were sympathetic to Black Lives Matter and the clear need to reform policing to prevent the murders of African Americans, the far right media machinery cranked up its “us versus them” messaging.

It’s hard to understand how so many people are motivated by the raw political posturing, and yet, millions are, living in the bubble of Fox News, OAN, and Newsmax and manipulated by the latest conspiracy theory springing from social media sources rooted in white supremacy.

It all falls under one heading: the far right’s war against 21st century America.

It organizes around fear and hatred in ways that treat democracy itself as the enemy.  Because of it, it is not enough to vilify your political enemies.  Rather, they have to be destroyed and demonized, even if it means remaining silent or dismissive about the Proud Boys, about the January 6 attack on the Capitol, and FBI reports from the Trump years that domestic terrorism is the top threat to homeland security.

It’s about unproven claims about the “deep state,” the constant search for scapegoats, an lack of respect for the underpinnings of democracy – from the presidency to Congress to the Supreme Court and the customs and culture that keep them functioning.

It’s about a minority of strident demogogues passing laws that fly in the face of the majority of Americans.  They pass laws against abortion although a strong majority favor abortion.  They fight anything they can label as critical race theory although the public supports the accurate teaching of history and facts of life that African Americans face.  They shout down school boards while the majority favors honest books in school libraries and don’t want teachers handcuffed to an oppressive political agenda.  They change the rules in the middle of the game so voting is suppressed and it’s harder for brown and black people to cast a ballot although the majority of Americans favor getting more people to the polls, not fewer.

The beat goes on.  A minority forcing its beliefs on a majority that needs to wake up and fight back. If we don’t, we are on the verge of not recognizing our country as more and more public policy is influenced by evangelicals and more and more authoritarian impulses find favor in red state legislatures and with red state governors.

A majority of Americans are going about their business, which allows the obsessed minority to change our democracy while most people aren’t focused on it.  It’s time to focus.

Manufactured Christmas Controversies Undermind The Spirit Of The Season

A Lott Of Politics In I-69 Alignment