The media loves drama, of course. As your high school English teacher explained it, if Hamlet doesn’t get pissed about his dad’s murder or if Atticus Finch doesn’t step up to defend a black man falsely accused — that is, if somebody doesn’t say no, you’ve got no story. So the vociferous opposition of a handful of people to a handful of bike lane projects in New York City has been dramatized, through a series of news stories and op-eds, into a full-blown citizens’ backlash against the complete streets movement.

The narrative potential of controversy, though, cannot fully explain the glaring disconnect between polls showing that most residents support bike lanes and press portrayals of the backlash as widespread. Advocate Aaron Naparstek, who knows more about the city’s transportation politics than most anyone, has posited one theory: that Bloomberg’s DOT Commissioner Janette Sadik-Khan, the woman behind many of the positive changes to New York City streets in recent years, has infuriated members of the political class — powerful New Yorkers who, unlike most, rely on cars as transportation. But as always, it also makes sense to follow the money. In 2010 alone, the automotive sector spent $13 billion on advertising, more than any other industry including telecom, and accounting for one out of every ten dollars doled out by advertisers in the U.S. Local media outlets are especially dependent on auto manufacturers and dealers for advertising revenue. At the same time, traditional news media continue to lose audience, and even while other types of media benefit from a rebound in ad spending, newspapers suffer persistent drops in ad revenues, plunging last year to a quarter-century low.

It’s hard not to notice that as papers like the New York Times have shrunk, cutting costs by shedding sections, plump Automotive sections hang tight and become even more critical to newspaper survival. Now, of course, this doesn’t necessarily mean that the Times, the New York Post, or other papers act unethically in how they cover transportation issues, including bike lane brouhahas.

But across the country, those on the automotive beat have cozy relationships with the automakers, driving their loaner cars to lunches with industry spokespeople, and stories occasionally surface, like a recent one in which editors at The Detroit News caved to dealer pressure to more favorably review the new Chrysler 200 sedan, that hint at broader behind-the-scenes activity.

Most auto journalists take great care to avoid being stained by industry sway, as difficult as that must be. Still, it is naive to think that the media’s dependence on the auto industry doesn’t influence what stories are covered, what opinion pieces are published, and what necessary “balance” might be taken. The tone adopted by local New York City news outlets has hardly been one of hard objectivity.

Now national media outlets have picked up the bike lane story, tucking it inside the parallel narrative of a trumped-up “war on cars”. In this weekend’s Wall Street Journal, humorist P.J. O’Rourke, who often waxes nostalgic about the masculinity of the lost muscle car culture, derides cyclists as antiquated relics relying on a dead technology, as silly children playing in the streets who somehow represent an existential threat to “innocent motorists” in two-ton vehicles, and, of course, as pawns in an Orwellian plot by the Department of Transportation to enslave us all. O’Rourke and Wall Street Journal prefer that most Americans are instead enslaved by auto lenders.

O’Rourke’s piece cannot be seen as a simple appeal to libertarian readers of the conservative paper of record; it must also be seen as desperate bid to retain the love of the automakers, who keep the wheels of the presses rolling, and who are appropriately frightened of the prospect of a transportation system that gives more people more choices in getting around.

The problem for the media is that bike manufacturers don’t spend a whole lot on advertising. Bikes just don’t cost that much, and buyers don’t tend to take out loans to finance their purchase — because they don’t have to. We can imagine, though, that if they did, there’d be a lot more stories extolling the manly glories of the bike and railing against the socialist agenda of free public parking.

Anne Lutz Fernandez, a former marketer and banker, and Catherine Lutz, an anthropologist at the Watson Institute at Brown University, are the authors of Carjacked: The Culture of the Automobile and its Effect on our Lives (Palgrave Macmillan).

Defining Memphis Future Is An Art All Its Own 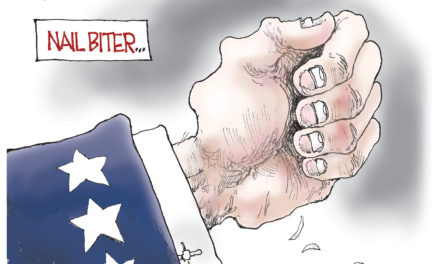