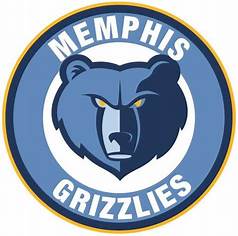 It is hard to cut through a simple, memorable narrative with the facts.  One of these simple narratives is: city and county taxpayers will be ponying up $44.8 million over eight years to the Memphis Grizzlies’ billionaire owner.

Then again, things are rarely that simple.

There is context, background, and historical facts, which increasingly become skewed, if not ignored, in a world with a 30-second attention span.

So far, the predicament that now calls for taxpayers to pay the Grizzlies to love us has questions that need to be answered but it’s also important to remember the back story.

First, there’s the reality check.  Way back in 2002, when City of Memphis, Shelby County, and HOOPS (the ownership entity for the Grizzlies), every NBA observer or insider predicted that our community would have to pay out the nose to get the team and that the team would never have a long-term shelf life here.

The conventional wisdom was that owner Michael Heisley’s plan was to bring the team to Memphis and flip it or move it as soon as possible to a larger market after driving up its value.   Memphis, the smallest TV market, would never be able to sustain a team so there was little reason for it to even unpack its boxes once it got here.

Something unexpected happened though.  By the time city and county negotiators hammered out an agreement in 2001, it was the envy of other pro sports cities and became the standard for others.

The agreement did not come easy.  There was Sturm und Drang as the Grizzlies negotiators left the negotiations several times and city and county officials returned to their offices assuming there was no agreement to be had.

First, every NBA consultant said that Memphis and Shelby County would never get the team to agree to pay the operating deficit of the arena.  After all, they said, Memphis was too small and too desperate. At the time, Nashville was paying the deficit to keep its National Hockey League team in Bridgestone Arena.  (In FY 2019, that payment from Metro Nashville peaked at $10.4 million.)

In the world of tax giveaways, local government making a payment to a pro sports team each year was not that unusual.

However, despite all predictions to the contrary, city and county negotiators did in fact get the Grizzlies to agree to pay the operating deficit for FedExForum.  At the time, it was predicted to be roughly $5-6 million a year.

Second, NBA experts advised city and county governments that they would never get a guarantee that the Grizzlies would stay in Memphis for an extended period of time.  Not even 10 years, much less the 20 years desired by government negotiators.

By the time the existing agreement expires, the Grizzlies will have been here 28 years.

But Memphis and Shelby County got more than a long-term agreement.  It also obtained a provision that the team would pay the outstanding bonds for the FedExForum if the team did leave early.  It was a formidable amount, even as the balance for the $220 million in bonds declined.

As far as the issue in the news now, city and county negotiators never agreed to the Early Termination clause in the contract.  It says the Grizzlies “shall have the right, but not the obligation, to exercise “The Early Termination Right” if in any season after the team’s 15th season in FedExForum 1) average paid attendance is “less than 14,900,” or 2) “the 64 largest suites are not sold in full,” or 3) “the number of Club Season tickets is less than 2,500.”

It was unsurprising that the Grizzlies wanted to protect its downside risk, particularly after agreeing to pay deficit operating costs.  Already, Memphis and Shelby County had agreed to the so-called “non-compete clause” which despite its nomenclature was more of a “right of first refusal” clause.  However, over the years, as administrations changed, the clause evolved to become a block on events being held in other public venues.

The Grizzlies of course wanted to prevent other public venues from undercutting its rates for events in FedExForum, and on this issue, all parties were on the same side of the table.

Until it asked for local government funding for its operating deficit, the Coliseum had a substantial amount in its coffers so it used it to compete with the Pyramid, regularly undercutting the newer facility’s rental rates and driving up its deficit which was paid by city and county governments.

Subsequent to agreement on the non-compete, negotiators for the Grizzlies proposed the “Early Termination Right.”  It was the last major stumbling block to an agreement.  After city and county negotiators pushed back, business leaders went around them to the mayors and pledged that the business community would make sure city and county governments never had to pay anything.

Memphis Mayor Willie W. Herenton and Shelby County Mayor Jim Rout were promised that major Memphis businesses would step forward to make sure the attendance, suites and club season tickets thresholds were met. City and county negotiators felt that they could prevent the concessions from becoming part of the contract or at least modify it, but the mayors signed on and notified negotiators.

It brings us to where we are today.

Clearly, now that the provision has been triggered, business leaders are nowhere to be found.

Perhaps, they have had a bout of selective amnesia but it’s more probable that they did not remember – or were not even here – when the pledge was made 21 years ago.   Then too, city and county administrations have turned over several times and it’s likely they lacked the  institutional memory to send up a flare to the business community that their help was needed.

This is a perennial weakness of local government.  There are handshake agreements that are never recorded anywhere – one of Mayor Jim Strickland’s pet peeves as he inherited these kinds of informal deals from former administrations.  But in addition, there are deals like the “Early Termination Right,” in which a provision is memorialized in a contract but no one is monitoring it on a regular basis, that is, until it becomes a crisis.

We can only wonder at this point how the business community – and the community at wide – would have reacted if city, county, and corporations had mounted ticket drive so it would not have to pay $45 million as it will now.  Back in 2001, when city and county mayors were told that if the provision was ever at risk of being triggered, they were told it would be nothing for the largest corporations in Memphis to buy up blocks of tickets for their employees.  The mayors were even given the names of major employers who could participate in such a venture.

Now, taxpayers prepare to pay substantial money for sports at a time when there are so many other needs in the city and county deserve investment.  They deserve more information and details like when city and county administration officers became aware of this provision, how this particular resolution was reached, if they have audited Grizzlies attendance figures, if they considered going to corporations for support, and if taxpayers should be prepared for this subsidy to continue when the current contract expires in 2029.

It’s no coincidence the agreement was announced now.  The timing is obvious.

It taps into the current fervor about this Grizzlies team and the excitement about the playoff.  The Ja Morant-led youth movement is a reminder of how far Memphis has come and how smart the current ownership has been in building a team that is not only competitive but represents the kind of basketball that fans here like the most.

If you question how smart the present owner it, consider that he paid about $350 million for the team 10 years ago.  That team today is valued at $1.5 billion.  This did not just happen.  It came about from wise business decisions, a better draft philosophy, overall strong operations, and a superior management team.

It was time for the grit and grind era to end.  It was always a good description of a style of basketball but when it became a way to also describe Memphis, it became an anchor on our national brand, particularly when it came to attracting and retaining young professionals.  At a time when we were losing talent and failing to attract it, Memphis was being portrayed, if not embraced by locals, as a gritty city where it was a grind.

The present Grizzlies team has replaced grit and grind with fun, fast, and finesse.  That’s a much better marketing hook for the city and it apparently resonates globally.

Last week, I was in Ireland, and after the waiter brought dinner, we struck up a conversation about each of our hometowns. When I told him I was from Memphis, I was waiting for the reliable comment about Elvis.

That’s not what he said.  Instead, he said: “Memphis.  That’s Ja Morant.  I really like that team.”

When you consider that a normal NBA game is on TV there at about 2 a.m., it was striking that he knew about the Grizzlies.  And when I asked about Elvis, the 20-something just shrugged his shoulders.

Yes, there are many questions that need to be answered about the proposal to pay the Grizzlies $44.8 million over eight years, but here’s the thing: Memphis and Shelby County could never afford to buy the kind of positive brand recognition that the Grizzlies bring to Memphis.  And in a community where Memphis and Shelby County Governments give away about $800 million in taxes every 10 years in the form of tax breaks, an average of about $5.6 million over eight years sounds like a bargain. 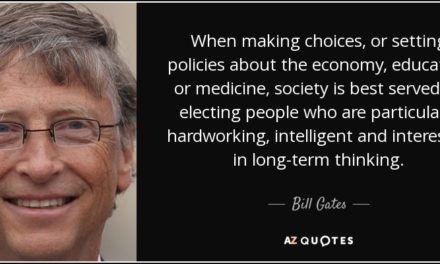 WWJD? Surely Not Discriminate Or Hate