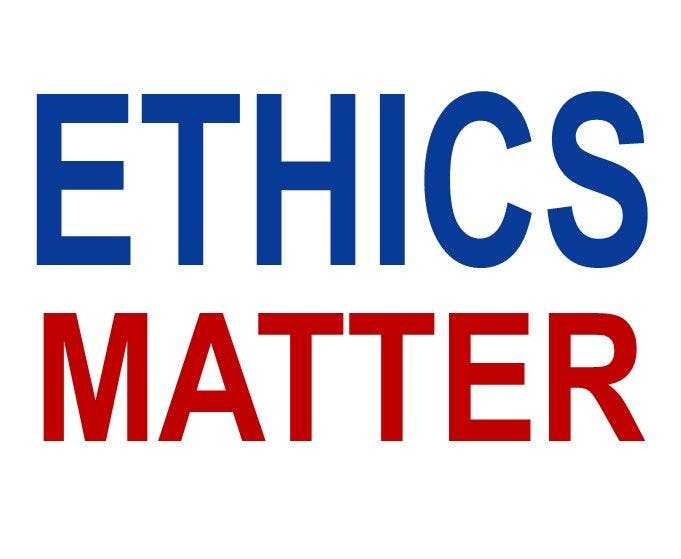 On December 15, 2006, the blog post here was about the need for stronger ethics rules in local government.  Unfortunately, after 15 years, the subject is just as relevant today as both city and county governments discuss more serious policies.

Some prominent Council members have been disturbed for some time by a gut feeling that something just wasn’t right between some of their members and developers. And they aren’t deaf so they heard the persistent whispers about improprieties and cozy relationships. In truth, no criticism uttered by the public in recent weeks can be as blistering as comments made by these Council members over the years because of their concern about the integrity of their body.

Finally, they have a historic opportunity to go public and give voice to the public’s frustration. They begin by doing something dramatic – creating the City of Memphis Office of Public Ethics.

First, let’s take a deep breath and keep our perspective. Most of our elected officials in Shelby County are generally thoughtful and earnest in fulfilling responsibilities of jobs whose rewards are often visibly dubious. In fact, in Shelby County, we elect a total of 147 people to elected office, and the vast majority of these men and women are untainted by indictment or arrest.

That said, even acknowledging that all of our elected officials aren’t involved in illegal acts, revelations in recent months have severely damaged the public’s confidence in the people they elect to serve their interest.

Fair or not, it demands strong, assertive action similar to what Atlanta Mayor Shirley Franklin did when she took office in the wake of indictments of her predecessor and other elected officials in her community. “When I was elected, I was determined to raise the bar on ethics in city government, to reclaim the public trust and confidence in city government and to create an environment of openness and integrity,” she said last month in accepting the Ethics Advocate Award from the Southern Institute for Business and Professional Ethics. “I am honored to be recognized for what I believe is simply working hard to do the right thing.”

The fact that she has turned around perceptions, and more importantly, the reality of a government rife with corruption, should be inspiration for Memphis city officials to drive a stake in the ground on the ethics issue. As recently as July of this year, Mayor Franklin vetoed an Atlanta City Council resolution to loosen up the Code of Ethics that she had pushed through.

To give you an idea of how serious she is about restoring the public confidence in her government, her veto power was wielded in opposition to a change that would have eased the ban on gifts and gratuities by allowing them if their value was less than $75. In her veto letter, she wrote: “I have been steadfast in my stewardship as chief executive officer to maintain transparent, open, and honest government…This is simply bad public policy, and I will not support it.”

Memphis has often tried to emulate Atlanta, and this one deserves immediate duplication. It would have immediate impact in serving notice to the public that city government is serious about the way it conducts the public’s business.

Public Chapter No. 1 of the Extraordinary Session of the 2006 Tennessee General Assembly requires that every local government in our state adopts a code of ethics by July 1, 2007. Memphis has some regulations in place, but it would be exciting if City Council would use this deadline to do much more – establishing the model ethics legislation and enforcement process in Tennessee and the South.

Hopefully, Memphis City Council will realize that it is only going to have one chance to get this right. The public is watching closely, and the momentum for change is building. They have this chance to make a compelling statement by enacting far-reaching new rules that make government accountable, transparent and accessible.

An Agenda For Change

So, in this context, what should the reforms of the Office of Public Ethics focus on:

· Creating a Public Ethics Officer and an Office of Public Ethics who will enforce new rules and investigate any complaints by the public.

· Prohibiting the acceptance of gifts or gratuities, or setting a low limit on the value of gifts that can be accepted but requiring public disclosure of them.

· Prohibiting a personal business relationship with local government or its agencies.

· Requiring the annual public disclosure of any relationships or actions between family members and local government and its agencies, and prohibiting Council members from voting or participating in any decision involving these agencies.

· Requiring annual public disclosure of any family member who engages in a transaction with city government, whether zoning, a contract, liquor license, or grant of funds.

· Disclosing private employer and prohibiting outside employment that impairs independent judgment as a Council member.

· Requiring public disclosure of any loans from anyone who has business before city government.

· Prohibiting former City Council members from representing anyone before his former colleagues or a local government agency for 18 months after leaving office.

· Prohibiting any financial, ownership, or employment interest by the Council members or any member of his family in any business that does business with city government or its agencies.

· Prohibiting the use of any city employees for personal business or political gain, including organizing or participating in political rallies, soliciting contributions, or preparing any campaign material.

· Establishing a process for complaints about violations to be filed and investigated.

· Requiring public disclosure of the purchase of any stocks in a company conducting business with city government.

· Requiring on-line reporting of conflicts of interest and disclosure forms.

· Prohibiting the use of confidential information for the financial benefit of the Council member or his/her family.

· Prohibiting the representation by a Council member of a client before a local governmental body or agency.

· Setting the punishment for violation as automatic removal from office.

We know these may sound draconian to some, particularly in light of the loose rules here, but every one of them is already being enforced in other cities.

Mayor Franklin and the Atlanta City Council proved that you can change things and improve public perception, but it takes bold, determined action.

Politics is nothing if not timing, and the timing couldn’t be better for Memphis City Council to take this kind of bold action. In the end, no one would benefit more from it than they would.

An Opportune Time To Relaunch The Music Commission

This Week On Smart City: Teachers, Travel and Planning