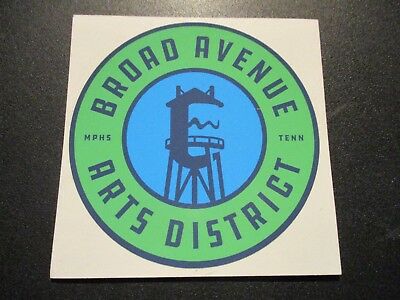 Thumbnail: The Board of Adjustment vote on the proposed gas station/convenience store in the Broad Avenue Arts District is about more than a project.  It is a vote on whether the vision captured in Memphis 3.0 it more than empty words.

Shakespeare wrote that even the devil can quote Scripture to get what he wants.

It seems like the same can be said about Memphis 3.0.

Then, too, once again, the Memphis and Shelby County Board of Adjustment is being misused to sidestep the kind of serious scrutiny and public process that such an eyesore requires.   And worst of all, so far, City Hall planners are complicit in making it happen.

After strenuous objections from the businesses on Broad Avenue who pulled up the once declining commercial district by its bootstraps and turned it into a national model of DIY urbanism, the design for the site at 2471 Broad was modified.  If history repeats itself, those changes will now be treated as if they are the answers to the concerns and move it toward approval.

The Daily Memphian wrote that “the project could produce one of the most unusual and context-sensitive C-store/gas stations in the Mid-South.”

But that’s not really the issue, because it’s not context sensitive for Broad Avenue in its entirety.  More the point, it simply doesn’t belong there. As Pat Brown, business owner and spokesperson for Broad Avenue, rightfully put it, it would still be a gas station with buried fuel tanks and out of scale for its location.

Broad Avenue is a case study for why the public has so little confidence in planning.  Already, an oversized apartment complex has been approved for the street despite the valid concerns of the street’s business owners.

Somewhere along the way, these zoning requests quit turning on planning criteria and instead pivot on planners’ judgements about whether the project is good for the economy.   As a result, the purpose of planning is out of balance and developers’ interests tend to supersede the public’s.

Ambitions about moving from a car-centric urban form to one that is more walkable and bikable regularly take a back seat, and that’s why this gas station/c-station is more than just another application.

In a real sense, it’s a test of whether we are serious about the principles that are the underpinnings for Memphis 3.0.

With multiple gas stations within minutes from the proposed site on Broad Avenue, it is a test about how serious we are about moving away from outdated thinking that made cars the center of our planning and that suggested gas stations on every corner is a smart policy for a livable Memphis.

It’s not been easy to aim for the Memphis 3.0 vision, as this application proves.

Standing With A DIY Neighborhood

So far, there are 100 letters of opposition to the gas station/c-store.  OPD is about the only support it has. Despite that outpouring of concern, if the best predictor of the future is the past, the Board of Adjustment will still approve it.

That said, hope springs eternal, because Memphis Mayor Jim Strickland has upgraded the city members of the Board of Adjustment with people more sensitive to neighborhoods’ concerns and who better understand the vision that Memphians have for their city.

The purpose of the Board of Adjustment is to hear variances based on serious hardship rather than just be a different path to get what developers want.  In other words, the Board considers a variance to zoning regulations if the application of Unified Development Zone regulations would result in exceptional practical difficulties or exceptional and undue hardship upon a property owner.

However, in addition, the Board needs to find that granting the request would not cause substantial detriment to the public good and would not be inconsistent with the general intent and purpose of the Unified Development Zone.

Approval of this gas station and convenience store is a detriment to the public good and undermines the hard work that is ongoing to strengthen Broad Avenue for a successful future.  It will be hard to understand if the Office of Planning and Development and the Memphis and Shelby County Board of Adjustment don’t stand with it.

The Board’s members, appointed by Memphis and Shelby County mayors, have for years been hearing applications that should never come before it in the first place.  Somewhere along the way it became an expedient path for developers to get approvals that can’t be appealed to City Council by neighborhoods that can’t afford to file a court case.

There is the widely held opinion in Memphis neighborhoods that Memphis 3.0 is just another plan that will not really be implemented and like other plans and the Unified Development Code, it will be used for people with money to get their way.   That too is on the line with this decision.

That’s why it’s a good time to remember what Memphis 3.0 says:

“A city exists for the people who call it home. The character and quality of the places where those people live, work, play, and gather play a large role in the quality of the lives lived there.  The Memphis 3.0 Comprehensive Plan lays out a vision for how Memphis and the diverse places within it will evolve during its next century.

The On Ramp To The Third Century

Biomimicry in architecture and the start of the Ecological Age