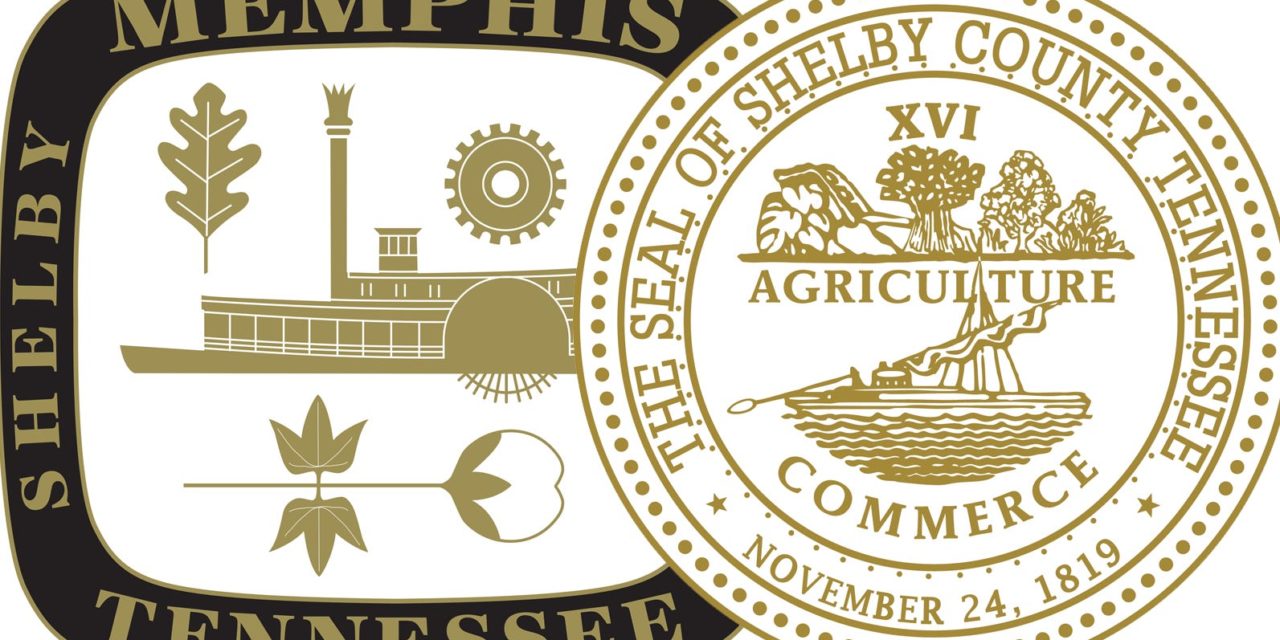 Thumbnail: Consolidation advocates are right in their sense of urgency and in their priorities; however, the answer could be found in a government modernization commission that puts all the governmental options on the table, including creating something that truly and innovatively responds to local challenges, needs, and opportunities.

The advocates for a consolidated city and county government have tunnel vision.

They are intent on driving a process toward a preordained destination when what our community needs is a comprehensive process to evaluate all of the options for what a different and better government structure could be.

Here’s my modest suggestion: the consolidation charter commission should not be approved at this time and instead a government modernization committee should be established that looks broader than just the merger of local government.

After all, consolidated metro governments have a mixed record of success so rather than chase the NFL of local politics, how about stepping back and thinking through what changes are needed and if there are other structures that could deliver it.

After all, there are cities that we envy that are booming with other kinds of government structures.  With only 15 of the 100 largest U.S. cities as part of consolidated governments, it’s clear that various structures work well, not to mention that the vast majority of places have a government structure just like the one here.

For example, take the City Council – City Manager form of government.  There’s still a mayor but the city manager runs the day-to-day operations of the city.  Cities that have this structure include Phoenix, Dallas, San Jose, Austin, and Charlotte.

Then there’s the federated government model, most notably in Miami-Dade County.  It has a two-tiered structure.  The “lower tier” is comprised of typical city services and are funded by city taxes.  The “upper tier” delivers metro-wide services like emergency services, the airport, public housing, libraries, health care, transportation, environmental services, solid waste, and more.  These are funded by county taxes.

Then there’s a city like the much-envied Portland, Oregon, which has a “weak mayor” form of government.  There a mayor shares power with four commissioners.  The only other major city I know of with this structure is Toronto, and considering this was the form of government repealed by City of Memphis January 1, 1968, and replaced by today’s city government structure, it’s unlikely to be a useful structure to consider.

For decades, we’ve given lip service to regionalism but have made only modest and unsteady moves to create a regional framework.  However, there’s been a simple answer right in front of us.

After all, about 75% of the population of the Memphis Metropolitan Statistical Area (MSA) live within the borders of Shelby County; about 75% of all jobs in the region are within Shelby County, which is why more than 76,000 people commute here to work; and 70% of the region’s GDP comes from Shelby County – 10 times more than DeSoto County, second highest.

These services should be on the largest tax base, and that’s county government’s.  Shelby County not only has one-third more people – think taxpayers – than Memphis but produces considerably more revenues than Memphis.

By rationalizing services as either municipal or regional, the property tax rate for Memphis could be reduced to a level commensurate with the six cities outside Memphis.  For many years, these cities have had a competitive advantage, luring people out of Memphis with the promise of a windfall they receive from lower taxes.

It’s time Memphis had a level playing from a tax standpoint with Collierville, Germantown, and Bartlett in particular.  Those three cities have cumulative population of 150,443, an increase of 13,021 since the 2010 Census.  Memphis’ population fell 13,785.

The tax rates for the cities outside Memphis are 99 cents to $1.67 lower than the property tax rate in the City of Memphis, creating a financial incentive for Memphians to give themselves a raise by moving out of the city.  With the rationalizing of services so that Memphis public services align with the municipal services offered in the other cities, Memphis’ tax rate could shrink to a level where it is competitive with the smaller cities.

Many services make more sense when they are delivered countywide.  An obvious one is public transit.    MATA does a fairly good job of getting Memphians from urban core neighborhoods to job centers within the city limits, but workers are forced to buy a car to get to the emerging job centers outside Memphis, because there is no public transit to these sites.

Buying a car becomes a requirement that comes at a time when these workers and their families need more disposable income for quality of life investments, programs for their children, and more.

A Government Developed Just For Us

The problem with a consolidation charter commission is that it is created with a destination in mind and that discourages consideration of any other option.  Consolidation advocates say that the merger of city and county governments will be jet fuel for economic development, save money, eliminate duplication, and make this community more competitive.

Outside Memphis, there are only six other cities and a vast unincorporated area with just over 100,000 people in it.  It is likely to remain unaffiliated with any city now that the Tennessee Legislature requires people in an area targeted for annexation to approve it and the area will not become home to dozens of new, smaller towns that are seen in other places.

There is little duplication left in city and county governments.  Most of the joint departments have been eliminated, and what’s left are essentially the Division of Planning and Development, Public Building Authority, Airport Authority, Sports Authority, Downtown Memphis Commission, and EDGE.

Some important goals have been mentioned by consolidation advocates, but the question is if consolidation is the way to achieve them, why are there 85 of the 100 largest U.S. cities that haven’t done it?  They have found other ways to accomplish the same goals.

Getting To The Fiscal Equity Answers

There is an assumption that the government structure here is overly complicated, but that is a myth.  When compared to comparable cities, the governmental family within Shelby County is remarkably simple.

In this way, Memphis and Shelby County is an anomaly when compared to comparable cities.  It was not landlocked by mushrooming new cities – thanks to former Memphis Mayor Willie W. Herenton and his fight against “tiny towns” – and annexation made it what is called elastic by urban experts.

Addressing the web of economic, social, and physical conditions associated with poverty and its attendant problems has long been complicated by the lack of a coherent funding policy by Shelby County Government.

Things have gotten better, but local government could benefit by examining shifting revenue and expenditure patterns, and to answer the questions: 1) Who pays? 2) Who benefits? 3) what is the most equitable philosophy of funding public services? 4) Are municipal and non-municipal taxpayers receiving their fair share of existing county and municipal services? 5) What levels of service delivery make the most sense – and are the fairest?

At the end of this process, for the first time in history, there could be a rational framework for what is municipal and what is regional (county). A fiscal equity approach would likely shift many services that are now considered Memphis services to the regional tax base (Shelby County’s), and in this way, a major goal for this community would be accomplished — to lower the city’s tax rate to be more commensurate with the other municipalities of Shelby County. That is only fair, because at this time, Memphians pay a premium to live in their city.

Today, every time a project is funded by both City of Memphis and Shelby County and every time a project is given a tax abatement that reduces its taxes, Memphians pay a surcharge.  They pay 100% of the city portion and about 65% of the county portion, which means that they are paying 80% of the total cost of a jointly-funded project or losing 80% of the abated taxes although they only account for 68% of the population of Shelby County.

A serious process to consider all options for more efficient, more sustainable, and more rational government could also have the benefit of increasing public confidence rather than simply pursuing a recommendation for consolidation that appeared full-blown in the public sphere without public input and without the predicate for why that is the answer to what is needed here.

Consolidation advocates are right in their sense of urgency and in their priorities; however, the answer could be found in a government modernization commission that puts all the governmental options on the table, including creating something that truly responds to local challenges, needs, and opportunities.

So, Libraries Are Supposed to Become Extinct, Right? 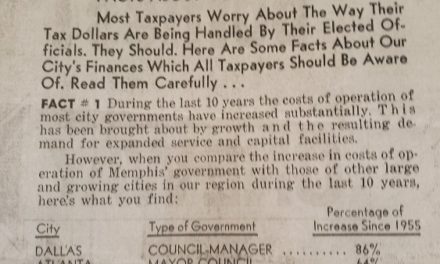