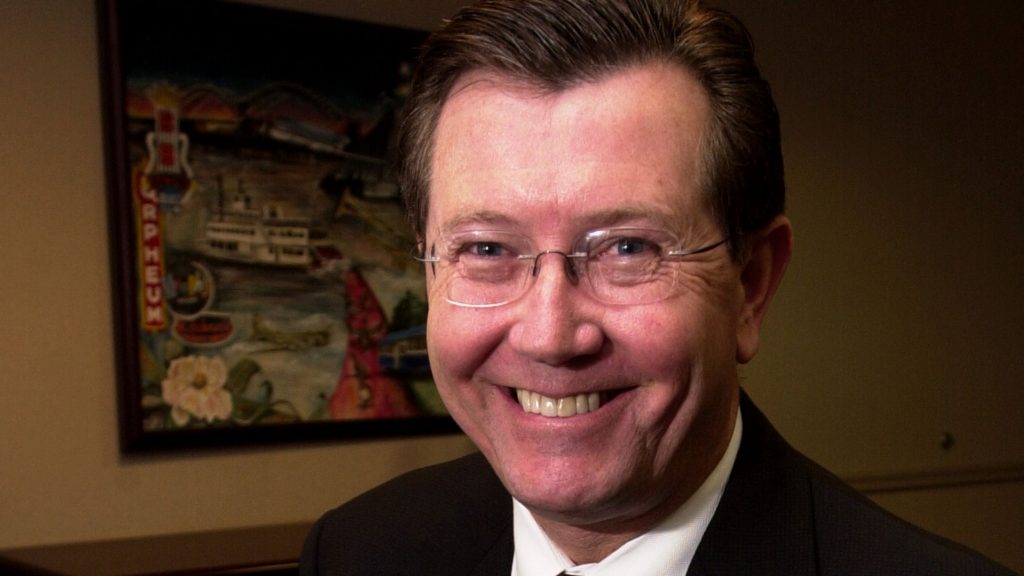 It’s been a year since Greater Memphis Chamber president Phil Trenary was murdered as he walked from a Chamber event to his downtown home.  We think of him often as the city that he loved so deeply shows new signs of life and progress. We remember the way that he approached every person as a future friend and found little time to consider anyone as an enemy.  We think of the lunches when he talked passionately about fighting poverty and creating a workforce program that works.   We have needed that special personal commitment and business leadership in the past year.  He continues to serve as a fitting example to inspire the level of dedication to Memphis that can solve the issues he cared so much about.  His death left a huge hole in this community, and in remembrance, we’re reprinting the blog post we wrote after reading the awful headlines a year ago:

With a deep sense of loss, I extend my sympathy to the many friends and family members of Phil Trenary, president and CEO of the Greater Memphis Chamber, who was fatally shot on a downtown street last night.

It is not possible to think of anyone who was a more enthusiastic booster of this community or someone who represented more fully the values that we seek for Memphis and Shelby County.  He was open to opposing opinions and refused to take them personally, he was constantly looking for the levers to make the Memphis economy available to every person, and he was hungry for the data that could reveal how he could help mobilize our community to move ahead.

He and I had lunch twice in recent months because of his abiding interest in understanding how the issues of poverty, minority business, talent, and early childhood education converge to shape Memphis and Shelby County.  As usual, he was personable, approachable, and collegial, working hard to find ways to bring Memphis together.

His interest in reducing the poverty rate in the city was one of his most heartfelt motivations and animated so much of what he did at the head of our community’s leading business group. I will remember him most for these conversations as he passionately sought out the ways that Memphis could attack its most intractable issue.

He was an unwavering cheerleader for Memphis but especially for downtown, where he moved because he loved its activity and its sense of being on the move.  It was not unusual to see him at night walking from a restaurant or as he was last night, walking from a Chamber event supporting his belief that there was no more exhilarating time to be a Memphian.

It is difficult now to process the impact of this blow to all of us who valued Phil as a friend and a colleague passionate about the issues to increase opportunity and equity.  His death is a loss for all of us who care deeply about Memphis, and although his voice is silenced, his example will continue to drive our best efforts.

Most of all, he would today call on us to summon the better angels of our nature, a phrase used by President Lincoln as a call to end division, turmoil, and violence.  There will be many conversations about this in the coming days and it’s Phil’s life, rather than his death, that should drive us to honor him by summoning our “better angels” to move beyond what is easy and to act in ways that bring the change and unity that Phil, more than anyone, saw as possible.

This Week on Smart City: Urban Universities and Urban Gardening