Winning the Battle on City-County Consolidation And Losing the War

Town mayors and county school officials have now fully reaped what they sowed.

As they enjoy their ever-present victimhood, they seem oblivious to the reasons they now find themselves as part of a new, countywide school district.  In last year’s referendum on consolidating city and county governments, they vehemently denounced the pro-consolidation mantra: “Doing Nothing Is Not An Option.”

Well, they did choose “doing nothing” and because of it, they brought their worst nightmare to pass: consolidation of city and county school districts.  In the flurry of legal filings in federal court and volleys between officials of the districts and local governments, it’s a twist that’s gone unappreciated.

Because they were wed to their talking points and their anti-Memphis gospel, they are the creators of the current dilemma.  In their kneejerk opposition to government consolidation, the suburban elected officials passed up a charter that would have kept the city and county school systems separate and kept both school boards in place.  Ah, irony.

In their haste to defeat anything that smacked of a single city-county government, they squandered their best opportunity to have what they apparently most want for their schools – complete separation from Memphis City Schools.  Interestingly, it was city school officials that were open-minded enough, as School Board Commissioners Martavius Jones, that they were willing to be help “push the reset button” to make the government structure here more efficient and accountable.

They don’t get enough credit for showing the kind of leadership that is all too rare these days.  They were willing to set aside their personal opinions in order to move our community ahead with a new government that could streamline government and improve local decision-making and taxation.  Because of their open-mindedness, the proposed charter included language that continued the city and the county schools systems with the proviso that the structure could only be changed with the joint agreement of both school boards.

It could have been everything that non-Memphis politicos now want, but they were too busy seeing conspiracies and manipulations to consider the idea objectively and calmly.  So, they amped up their rhetoric and provided the first local hints of the rigidity that would come to characterize the emerging Tea Party movement.

Be Careful What You Wish For

They did get what they wanted.  They killed off the new city-county charter.  At the same time, however, they breathed life into the movement to instead force the consolidation of the two school districts.

In the beginning, the “county” officials thought they possessed the power and the control and they believed that Memphis City Schools’ commissioners would never give up their elected offices and support school consolidation.  The contempt for the city school board seethed just below the surface along and because of it, the politicians outside Memphis totally misread the tea leaves.

It was that same underlying lack of respect and the overriding sense of superiority that for years led Shelby County Schools Chairman David Pickler to lobby for a special school district with the assumption that there was little that city officials could do about it.  Way back when, the ill will that fueled the school referendum vote began with Mr. Pickler constantly sticking his finger in the eye of city school board members by asking the Tennessee Legislature to pass special school district legislature and freeze the boundaries for his district.

It’s highly conceivable that if Mr. Pickler had toned down his rhetoric about a special school district that Shelby County Schools would not find itself where it is today.  It was Mr. Pickler that set in motion the first serious conversations about consolidating schools, but Mr. Pickler et al had one more chance to avert what they perceived as disaster.

That was in approving the new city-county government charter, but locked in their anti-Memphis doctrine, it never saw the opportunity for what it was: Their last chance to get what they wanted.

If Shelby County Schools and town mayors like Collierville’s Stanley Joyner have perfected anything, it is their ability to play the victim.  During the government consolidation campaign, Mayor Joyner was notable for his leaps of illogic, and because of it, these days, he is left to push for a school district outside Memphis that at least encompasses his city and Germantown.

Just as he and the others did with government consolidation, his kneejerk reaction comes without any serious analysis or facts.  It matters little that students in Collierville will go to the same schools, they will have the same teachers, and they will continue to benefit from their socio-economic status.  And yet, the mere fact that all schools in Shelby County will have the same board is enough to trump the lack of change that will be seen in his town’s schools.

It’s widely reported in suburban political circles that the mayors and Mr. Pickler and his colleagues have met with Tennessee Majority Leader Mark Norris and they are plotting next steps “to protect our schools.”  Chief on the list of possibles for the future is the new Collierville-Germantown school system so coveted by Mayor Joyner and Mr. Pickler.  Such a district could conceivably include Bartlett, but it’s going to be hard to go much beyond the largest towns because of the property tax base needed to support a system that will be much more expensive than they are willing to acknowledge.

It remains to be seen if the two-thirds of families outside Memphis who have no children in school will support a significant increase in their property taxes just to build a wall around their schools.  The notion by politicos that approval of tax increases for schools is a slam dunk is unchallenged now by the reality of its prospects.  For example, Germantown’s population is essentially flat and it is aging.  Gone are the days when it was the bastion for suburban families.  These days, it’s becoming the preferred location for nursing and assisted living facilities.  There’s a real question if its voters will support tax increases that go to a service they do not use, not to mention overcoming the Republican Party’s anathema about raising taxes, a mantra especially beloved in the suburban town.

As the town mayors and some county school board members put together a plan for creating a post-consolidation school district outside Memphis, they probably won’t invite everyone to the dance.  Millington, for one, offers too many logistical and social problems and too little revenues.

But all of that lies in the future.  What’s interesting to us is that the dilemma that the “county” folks find themselves in is totally of their own making and that’s what makes this fascinating to watch it play out. 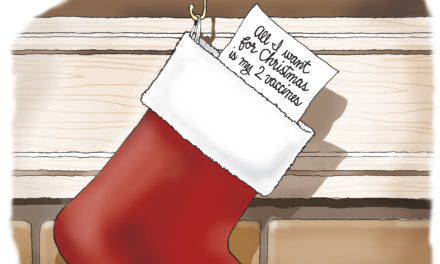 This Week on Smart City: Big Ideas and Big Change