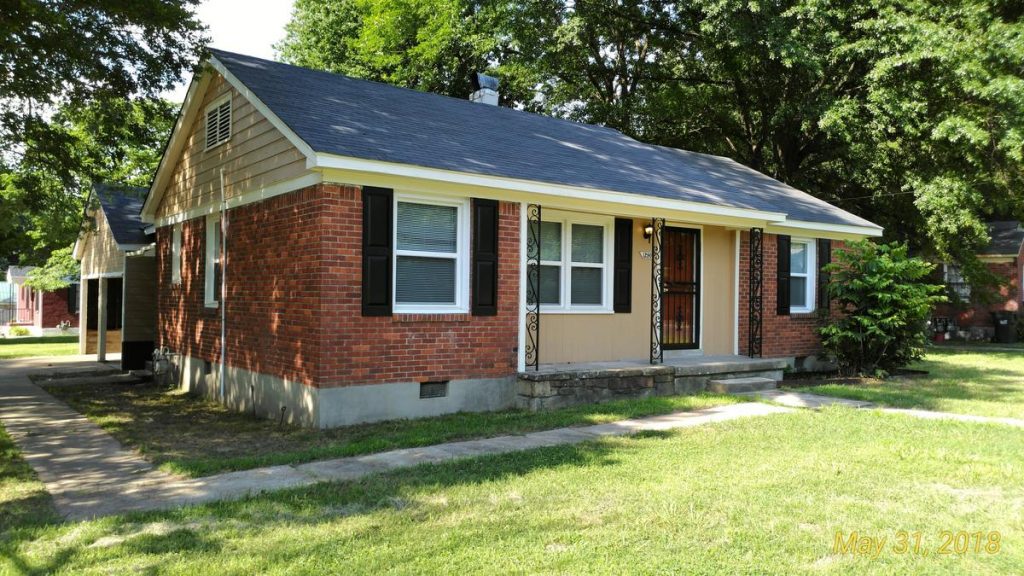 While the celebration of billions of dollars in construction projects captures the headlines, the irony is that there are fine-grained, place-based projects that can in the long run have just as much impact.

It’s an unusual day here when either a politician, an economic development official, or a newspaper reporter doesn’t employ the capital investments as the sign that the Memphis economy has finally turned around.

That said, it’s not always certain what that number should be: it’s $15 billion for some people and $19 billion for others, and while some people say it’s an indication of how much progress is under way in Memphis, it’s actually the capital investment for the Memphis region, not just the city (although even the Greater Memphis Chamber can on occasion fail to make the distinction).

And while this is an exciting trend line and captures extensive attention, what’s often overlooked is that there are neighborhood-based projects with arguably higher odds for success as a result of lessons already learned and which can be applied to other places.

For nineteen years, Frayser CDC has been focused on a singular mission: to revitalize the 25 square mile North Memphis community where more than 40,000 people live. Old-timers recall the decline of the area as major manufacturing plants shut down, retail businesses moved away, foreclosures skyrocketed, housing prices collapsed, many people with options moved, and housing density declined dramatically.

In 2012, the CDC was able to concentrate on two census tracts where it could apply all of its tools in a target area and test its hypotheses for transforming a neighborhood. That year, the Tennessee Housing Development Agency (THDA) provided funding for launching this unique project.

Ultimately, the Grandview North area and its 400 homes were chosen as the tipping point neighborhood. Boundaries on the west were University Street, Mountain Terrace on the east, Frayser Boulevard on the north, and Clifton on the south, and in this area, the Frayser CDC set out to use the area as ground zero for its anti-blight and neighborhood revitalization work.

Working to protect the healthy homes in the neighborhood from encroaching blight, the CDC used the THEC grant to buy and rehabilitate 18 homes while filing legal action against 25 negligent property owners whose dilapidated properties were a virus infecting the prospects for future success.

The CDC said: “We thought that the renovation of a modest number of houses would be enough to significantly stop the spread of blight and would encourage additional investment in the area. We thought we could tip this stressed neighborhood back to being healthy and functional.”

That was the CDC’s theory and it proved out. After the CDC bought 18 houses for an average of $10,000 and rehabbed them for an additional average of $46,000, 16 other houses were rehabbed and placed back in the market by other investors.

In other words, the CDC effectively achieved what these kinds of nonprofit organizations are supposed to do: start the market functioning again.

As the CDC points out, data show that repairing a blighted house positively affects surrounding properties up to 500 feet away, and each renovated house raises values surrounding it by three percent with multiple renovations increasing it by 15%.

Getting to the bottom line – where government always wants to go – the $1 million invested by the Frayser CDC increased housing values by $6 million, which meant that taxes to city and county governments grew by $119,000.

It all raises the question of whether the $15-19 billion in projects that are now a favorite talking point will produce the same 12% return on investment set by the Frayser CDC. Because of it, there’s no arguing that, as the CDC says, “It is time for Memphis to have a proactive strategy to defend and build its tax base. The City and County can prosper financially while at the same time investing to reverse blight.”

Largely below the radar and away from the spotlight, Frayser CDC has been fighting for Frayser since 2000, and in the process, it has become a leader in what can work in other Memphis neighborhoods and a champion not only the future of North Memphis but for all of Memphis. In recognition of that fact, the Frayser experiment has attracted money from City of Memphis to continue its strategy.

It seems that “affordable housing” has become the default phrase when conversations in Memphis turn to housing and it has become so commonplace and the phrase so devalued that the public’s eyes regularly glaze over as wonky discussions begin.

Perhaps a broader conversation could be built around “stable housing” instead. After all, the research is conclusive that housing stability is particularly important to low-income families and neighborhoods teetering on the brink.

There is strong evidence about the negative risks associated with housing instability, but the one that leaps out for us is how the lack of stable housing results in frequent moves which is a fact of life for a large percentage of students in Shelby County Schools. This transient life affects classroom performance and increases risks of toxic stress that can affect early childhood development.

In a city with a high poverty rate like Memphis, there’s no place where a conversation about the link between housing and poverty should be more top-of-mind and relevant.

Too often, we treat housing as an abstract or a commodity. For most of us, we simply take it for granted. But it is in fact a safety net foundation that sets in motion forces in the life of someone without stable housing that can define options for the future.