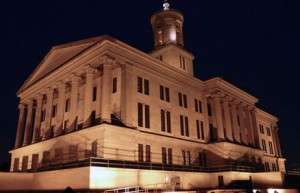 In Tennessee, county governments are legal extensions of state government.

However, you’d think it’s the City of Memphis government, based on the continued interference by the Tennessee Legislature into its affairs.  Nashville legislators have produced a level of legislative intrusion that’s been unseen in a century in Tennessee, and there’s little hope that it will stop anytime soon.

The latest example of the Legislature’s egregious meddling into decisions, policies, and procedures that Memphians elect its own officials to make is its passage of a law deciding that  city government does not have the right to establish living wage  and prevailing-wage ordinances.

It is corrosive to long-held relationships between state and local governments.  It is also anti-democratic at its core.

It’s not anti-democratic only because it’s the long arm of state government injecting itself into the power of city government to make its own decisions about what kind of city that its citizens want.  More to the point, in the case of the latest outrage, Senator Brian Kelsey, representing a small sliver of Memphians (and more constituents in the ‘burbs), substituted his opinion for a city government that represents every citizen in Memphis.  If that isn’t bad enough, in Nashville, senators from Po-dunk, Tennessee, get to pile on in reaction to the anti-Memphis venom that they hear from Republicans from Shelby County.

The latest assault on the ability of Memphis to make its own decisions and set its own policies is a living wage bill by Mr. Kelsey who characteristically tried to obfuscate his real purpose with language about helping poor people in Memphis – all while stealing money from their pockets.  That so much of these anti-poor assaults come from legislators who invoke God and Jesus at every turn makes it even more mind-numbing.

Of course, the biggest irony is how any suggestion by the federal government about state affairs is met with howls of protest and charges of political heavy-handedness.  And yet, when it comes to bullying Memphis and negating home rule, these same Tea Partiers see nothing wrong with inflicting their will on others.

It all conjures up images of people who were the 80-pound weaklings on the beach who used to populate comic book advertising, and finally, at this point in life, they can’t resist overcompensating, and as a result, this “we’re smarter than you are” attitude does nothing so much as conjure up a plantation mentality by legislators, aided and abetted by Tennessee Governor Bill Haslam.

Stealing from the Poor

In response to the latest assault on local self-determination, former Republican Shelby County Commissioner Mike Carpenter, now a legislative lobbyist for Memphis Mayor A C Wharton, said: “We have a 26 percent poverty rate in Memphis and are simply asking that city vendors who make a profit from taxpayers pay a fair wage for a fair day’s work.”

Citing a definitive study that the living wage in Memphis is $9.76 an hour, Mr. Carpenter added: “Our requirement is a little more than $10,” he said. “The vast majority of children in Memphis cannot count on two wage earners in the family so it’s disappointing that the working poor aren’t much of a concern to this legislature.”

Considering the situation, Mr. Carpenter exhibited a great deal of restraint with his comment.  Despite the fact that he shares a political party with Mr. Kelsey, his comments ultimately will carry little weight.  As a county commissioner, Mr. Carpenter had the audacity to reach across the aisle sometimes and refused to treat every vote as a test of party purity.

Because of it, he was scolded and criticized by the extreme elements of his own party although he was an example of conscientious legislative leadership.  In other words, Republican legislators could learn a lot about how to be a public servant from Mr. Carpenter.  It’ll never happen, because legislators like Mr. Kelsey’s prefer to pander to his partisan base.

It is shameful in the extreme.  He can couch his bill in jobs-building terminology and he can dole out verbiage about it making more jobs available for the poor, but it’s easy to see through it all.  It is nothing more than the political bullying based on a complete ignorance of what makes cities work as well as a shocking disregard for intergovernmental responsibilities.

We don’t want to be too unkind to Mr. Kelsey because he is just one of many when it comes to the extremists who have commandeered the one proud Tennessee Republican Party.  There are willing to mandate their own opinions on to Memphis, but there are equally detrimental policies for the state, such as school vouchers, that stem from the same egoism.

There is little wonder that the Tennessee Legislature has been recognized as the worst in the U.S. with media spotlighting anti-gay, anti-science, pro-bullying, and anti-women proposals, but lost in this news media coverage is the breach in the intergovernmental relationships that have served Tennessee well for so long.

After years of complaining that the federal government was injecting itself into family life and interfering in our personal lives, that the reach of government should be markedly reduced, and that government social engineering was a threat to American values, the extremists on the right are now engaging in all of the behaviors they exhorted for so long.

These days, there is no decision that is personal or private enough that legislators aren’t willing to inject themselves into it: women making decisions on their reproductive rights, families of gay children worried about bullying, employers who want safe work sites, and families who see their homes and places of worship as the best places to teach religious beliefs.

Then there are teachers who want to teach science fact about the age of the earth and human biology rather than religious fictions, people of faith who believe their religion demands care for the poor rather than cuts in vital services, taxpayers who want fairness for middle class families in the state tax system, and parents who want their children to understand and appreciate the full diversity of the world they will live in.

There are Tennesseans who believe that the best government is the one closest to them.  It’s local government that should decide if its parks, parking lots, and restaurants can be gun-free, that people working for government should earn living wages, that all people working in local government are protected against harassment, that local officials decide where and how it spends tax dollars, and that its citizens should not encounter bias when buying houses.

Instead of help from Nashville, City of Memphis government instead gets legislation whose captions should read simply: “Another bill by the Tennessee Republican Party: Politics Over People.”