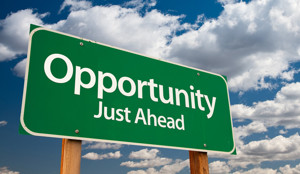 It’s hard to think of a discussion that’s more important to the future of Memphis than the one taking place tomorrow: it’s about City of Memphis’ plan to reduce poverty by 10 points in 10 years.

The “National Conversation on Prosperity,” being held from 8 a.m. until 3 p.m. at Memphis Cook Convention Center, is part of the development of the Blueprint for Prosperity, and the highly respected featured speakers are Angela Blackwell Glover, CEO of PolicyLink; Marc Morial, President and CEO of National Urban League, and Scott Bernstein, president and founder of Center for Neighborhood Technology.

There are few economic development priorities with greater impact than reducing poverty, so the focus on prosperity is especially apt, because it is in the enlightened self-interest of this entire community for more Memphians to be financially independent.

After all, a 10 point reduction in the poverty rate would move 67,000 Memphians out of poverty, and the economic impact would be more than $1.1 billion a year.

Today, where someone is born in Memphis largely sets the course for their lives.  If born into neighborhoods of concentrated poverty and economic segregation, there is less opportunity, more isolation, less positive early childhood development, and reduced access to the mainstream.

Between 1970 and 2010, the number of high poverty census tracts in Memphis increased from 42 to 78 and they are now home to 104,150 people.  These are the areas racked by an epidemic of foreclosures, outmigration has cut their population in half or more, proliferation of vacant houses increase blight and crime, and chronic joblessness is a fact of life for many.

Most commonly, Memphians living in poverty are children in female-headed households.  Today, Memphis is #6 among large U.S. cities with the highest children’s poverty rates, and in 2013, it stood at 45.7%, an increase of 4% from 2007.

Many Americans seem unaware of the shocking prevalence of child poverty in so many of our largest cities, and the U.S. Congress (so don’t even think that the Tennessee Legislature will help) has done little to recognize and address it.   For example, the child poverty rate in Cleveland is 54.4%; Cincinnati 46.3%; Miami 43.9%; St. Louis 43%; Atlanta 38.4%; Dallas 37.9%; Houston 34.7%; and Chicago 34%.

If there’s any good news in Memphis’ numbers – and admittedly this is a desperate search for a rose among thorns – Memphis’ increase of 4% in child poverty is one of the smallest among the large cities.

If the Blueprint for Prosperity achieves its goal of reducing poverty from 27% to 17% in 10 years, it would mean that 63,444 fewer Memphians, or 20,721 families, would live in poverty.

A number of conditions have contributed to Memphis’ poverty rate.  Most obvious is the economic downturn associated with the Great Recession that caused unemployment and poverty to rise and home ownership to fall.  Moody’s Analytics estimated that 94% of Memphis’ employment volatility is due to national trends rather than strictly local conditions.  In addition to loss of jobs, the recession and slow growth recovery in Memphis continue a trend toward part-time, low-wage jobs.

To compound the problems, the downturn affected government funding and budgets and reduced resources, emphasizing the need for new and innovative ways to achieve financial security for more Memphians.  One barrier, according to the Center for Neighborhood Technology in Chicago, is that the average Memphian spends 52% of his income on housing and transportation, a percentage that is even higher for low-income families.

Much has been written about the current federal poverty threshold and it is so widely used that it is a necessary metric to track, but a better measure of progress would be one that more adequately captures the cost of living in Memphis, values cost-of-living reductions, and recognizes improvements in household well-being.

Priority objectives for the Blueprint, according to an overview presented to Governor Bill Haslam and his commissioners, are job creation, wealth creation, reduced transportation costs and increased access to jobs, increased household savings, increased participation in income support programs, creation of resource and service centers in underutilized schools, and individualized intervention plans for at-risk families.

In other words, there’s never been a stronger mandate for Memphis to take its place as a laboratory for innovation in urban strategies, that expand opportunity for low-income families, create new pathways to financial security, eliminate health disparities, and most of all, recruit and engage civic leadership in a historic opportunity for long-term sustained impact.

City officials say that tomorrow’s “Conversation” follows focus groups with service providers, civic leaders, and the real experts on poverty – the people living in it; issues briefs and recommendations by 15 University of Memphis academic experts in various fields; commitments of full support from the Haslam Administration; discussions with Shelby County Schools about installing neighborhood resource centers into under-capacity legacy schools in neighborhoods of concentrated poverty; and development of a risk assessment system that would produce individualized interventions for target families.

The pilot area for the Blueprint is the area proposed in the $30 million City of Memphis’ Choice Neighborhoods Implementation Grant, and Memphis is one of nine finalists for the funds which would be used to convert the city’s last traditional public housing complex, Foote Homes, into a multi-use development.

That’s not to minimize the crisis of concentrated poverty in Memphis, which city officials have called the most nagging, most serious challenge facing the city.  That said, it is suburban poverty that results in Memphis climbing to #1 in metro poverty because Memphis’s suburbs have an anomalous high rate that pushes the MSA – 10 counties in three states – to the top of metros with the highest poverty rates.

The area outside Memphis is #8 in high poverty rates among U.S. suburbs, and it’s this ranking that pushes the MSA to #1, provoking misleading headlines like “Memphis #1 in Poverty.”  Between 2000 and 2010, the poverty rate in Memphis increased 26%.  Meanwhile, Memphis suburbs saw their poverty rate climb by 46%.

Memphis and its suburbs generally reflected national trends, where the poverty rate in cities increased 23% and the poverty rate in suburbs increased 53%.  There’s no denying of course that the baseline for the suburbs is much lower than Memphis’, but it nevertheless contradicts the general talking points about the unblemished conditions in the regional suburbs.

In truth, our most pervasive problems are regional in nature and are not confined to the city limits of Memphis.  In fact, unlike most of our peer metros, as you travel away from the core, a number of key indicators – such as income and educational attainment – get worse.

We’re All In This Together

One of the most important things that Memphis should aim to do is to break the linkage between poverty and race (although it’s worth pointing out that for every African-American living in poverty, there are three that are not).  It’s a fact lost on many CA commenters and on suburban politicians as they indulge in their anti-Memphis screeds.   More to the point, the suburban conceit that poverty isn’t about them is an integral part of their self-identity and their politics, but there will be pressure for this to change if race and poverty continue to be linked.

And those increases took place in 10 years.  If the same trend lines continue, DeSoto County will be majority African-American in 15 years.

More than anything, it all means that the “us versus them” schism in the region do nothing so much as ensuring that we never operate on all cylinders and that we undermine our best opportunities at the exact moment we need them most.

But we digress.  The aim of tomorrow’s conversation is to produce the finalized Blueprint for Prosperity, whose ultimate goal is to identify five to seven strategies that can be transformative in reducing poverty.  If Memphis can become the city unlock the solutions to urban poverty and  prove once and for all that majority minority cities cannot only succeed but prosper, that would be a blueprint worth all the heightened expectations for its success.