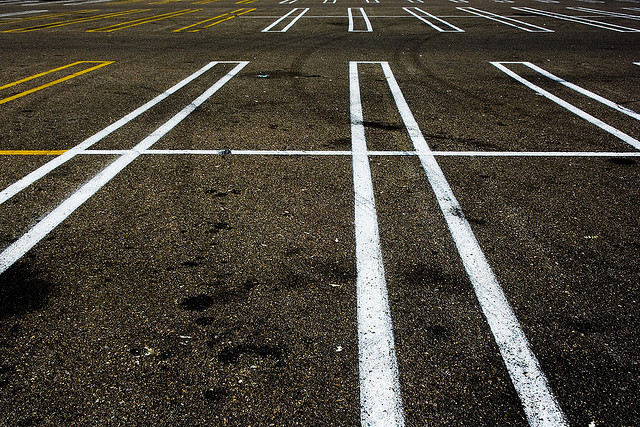 Cities across the U.S. have been undergoing a parking revolution for years and it has finally reached downtown Memphis where it is receiving the careful analysis it deserves from the Downtown Memphis Commission.

After all, the 71,364 parking spaces in downtown and the Medical District are a major commitment of money and space that has to be smartly managed, particularly because like so much of Memphis’ infrastructure, it was built for a city that no longer exists.

There were 170,000 more people within the 1970 city limits of Memphis than there are within that area today.  As people were lured eastward by annexation and sprawl, it meant that many public facilities, like community centers, libraries, and parking were for a different city rather than one transformed by the historic population movement.

No part of Memphis was more transformed than downtown.  As a university student in the 1960s, I remember a downtown with several department stores, thriving retail, multiple movie theaters, and a bustling Main Street, and by 1971, when I was assigned downtown as a young reporter, there were throngs of people crowding the sidewalks and filling downtown parks eating lunch and people-watching.

It was of course a different time and place and in the intervening years, many of the downtown businesses and stores moved out, producing overabundant parking, under capacity streets, and too much land consumed for surface parking lots.

The traffic counts on downtown streets tell the story of how much downtown has changed.  Third Street/B.B. King, Second Street, and Front Street have capacities of 24,000 vehicles a day and today, their traffic counts are respectively 7,985; 5,807; and 7,494.  Meanwhile, Riverside Drive has an average of 13,000 vehicles a day on a road with a capacity of 20,000 vehicles for two lanes.  (In fact, Nelson-Nygaard drew up the plans for two-lane Riverside Drive as part of Jeff Speck’s study of the riverfront for city government in 2013.)

As for the surface parking lots, they consume acres of land that could be put to higher and better use as sites for development now that downtown is showing dramatic signs of new life, and the 20-year projections show that downtown and the Medical District have about 20,000 more parking spaces than are now needed, and if the 20-year growth of Memphis is consistent with Austin and Nashville, the demand in 2039 would be 65,100.

The numbers underscore the reason that when FedExForum was built, it was decided to limit the number of parking spaces in the garage to 1,500 for an arena that seats between 16,500 and 19,000, depending on the event.  The decision was based on the ample supply of parking spaces within walking distance of the building – 20,000, just in South Main and the downtown core.

Getting The Agenda Right

It’s pretty astounding when you think about it.  The total number of parking spaces means that there are 442 acres of parking spaces, both on-street and off-street.  And as the parking analysis points out, even at peak times, more than 20% of the spaces are not being used.

Downtown Memphis Commission’s study has also identified some other long overdue issues to be addressed: 1) the lack of a parking program for downtown residents; 2) the inconsistent enforcement of on-street parking; 3) the need for real-time technology to identify available spaces; 4) much better wayfinding signage; and 5) the poor conditions of sidewalks and missing lighting.

Michael Kodransky, global research manager for the Institute of Transportation and Development Policy, said: “As parking regulations were put into zoning codes, most of the downtowns in many cities were just completely decimated.  What the cities got in effect was great parking.  But nobody goes to a city because it has great parking.”

That’s why the DMC’s parking study has to be more than a report on a shelf.  All together, the results of its study have the power to improve the quality of life and livability, the walkability, and overall efficiency of downtown Memphis.  (Now if we could only improve the effectiveness of the street network and get rid of one-way Second and Third Streets, but we’ll save that for another day.)

Memphis is years behind other cities in parking apps that eliminate drivers’ search parking spaces by identifying empty ones.  Also, hopefully, as the DMC considers the impact of parking on downtown’s quality of life and character, there will also be a plan to rid the area of the public parking garages on the promenade that are now eyesores.  At a time when we have the opportunity to reimagine our riverfront into something more vibrant and beautiful, it’s also time to consider what can be done with these garages, and how new ones don’t have to even look like garages. With Memphis Brooks Museum of Art requiring the land now used for one of the garages, it’s the perfect time to take a look at all of them rather than just the one affected by the relocation of the museum from Overton Park to downtown.

At the same time, we hope Memphis 3.0 will bring more rationality to parking in Memphis at large.  If Memphis is like most cities – and there’s no reason to think it isn’t – it has more parking spaces than people.

Put simply, cities have more parking spaces than they need, and downtown is no anomaly.  As for the city as a whole, the suburban sensibility built around the expectations for free parking adjacent to a destination has resulted in the mushrooming of lots and the paving over of large parts of Memphis.

Things are starting to change in other cities.  Hartford, Connecticut, completely eliminated parking minimums that dictated a specific number of parking with any new building or development.  Cities like Nashville, Kansas City, Minneapolis, and many others are eliminating the minimums in some neighborhoods.  Seattle and Houston have reduced parking requirements for developers to build affordable housing.

As Eric Scharnhorst of Parkingmill told Fast Company: “Decoupling the cost is a really clean, market-driven, enlightened way to reduce the cost of all housing.  It’s no secret in the development world that parking lots are just land banks just waiting to be turned into something else.”

Donald Shoup is the guru of parking.  The UCLA distinguished professor of urban planning, he wrote in 2005 the landmark book, The High Cost of Free Parking, which laid out how public policies created cities better suited to cars than people, how the true costs of free parking are hidden, and how reform of parking requirements is crucial.

Two years ago, he wrote a follow-up, Parking and the City and in the introduction, he wrote: “Parking is the Cinderella of transportation…Parking is far too important not to study.  Parking is the single biggest land use in most cities; there’s more land devoted to parking than there is to housing or industry or commerce or offices.”

He encapsulated the message of his work into three parking reforms:

He said that each of these recommendations supports the other two and responds to the three unwise policies made long ago to accommodate a car-centric city: separated land uses, low density, and ample free parking which created drivable cities at the expense of walkable ones.

Waking Up The Giant

Lewis Mumford, historian, philosopher, and critic, wrote about half a century ago: “The right to have access to every building in the city by private motorcar in an age when everyone possessed such a vehicle is the right to destroy the city.”

Unfortunately, he was prescient, and Mr. Kodransky describes the philosophy needed as we move ahead: “Ultimately, parking has to be tackled as part of a package of issues.  It’s been viewed in this super-narrow way. It’s been an afterthought, but increasingly cities are waking up to the fact that they have this sleeping giant, these land uses that are not being used in the most optimal way.”

Waking up this sleeping giant is part and parcel of Memphis 3.0, and armed with the Downtown Memphis Commission’s parking plan, there’s no better place for the movement toward smarter parking policies to start than downtown.  Much remains to be done, and to be successful, the plan has to aim high, capture the imagination of residents, workers, and visitors, and be comprehensive.  Hopefully, that’s where it is headed.