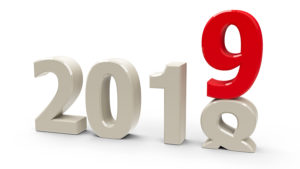 We are winding down our posts of resolutions, predictions, and insights by Memphians we admire:

When asked to write about my new year’s resolutions for community development in Memphis, I had to think historically about the present and future of what I’ve always called – Urban Community Economic Development (UCED).

Historically, UCED has brought mixed results in our city. Memphis went through a period of only focusing on Downtown Development to revitalizing in areas of the city where “critical mass” was present to neglecting some of the traditional urban core communities. There was nothing wrong with this approach; however, it left other marginal areas with little or no “concentration of effort” investments. While we cannot direct developers and revitalizers where to invest, it made sense to go where the “action” was.

This structure brought us a central business district that has absolutely blossomed. North Memphis is now called “Uptown,” South Memphis is now “SoulsvilleUSA,” Binghamton has “grown up” and other areas have seen marginal growth at best. The beauty of it all has been a renewed sense of urgency in revitalizing neighborhoods and creating a city that is a mere shadow of it’s past.

1.  Create incentives and resources as we have for downtown development for neighborhoods revitalization;

Fast forward to the present and we see tremendous development occurring in the central business district, St Jude’s massive investment in Uptown, Union Avenue about to change dramatically and SoulsvilleUSA-with its historical and cultural background slowly moving forward. The Women’s Foundation for A Greater Memphis, Community L.I.F.T., Greater Memphis Partnership and Memphis 3.0 all hold the possibilities of really focusing on neighborhood level revitalization.

What we have to do however, is to be very cognizant of gentrifying some of these areas, and pushing out neighbors, who in this city of 27% poverty and 65% African Americans, may once again not be able to take advantage of these revitalizing efforts. CDC practitioners in these communities will need resources both from within and outside our City to really make an impact. In many cases, traditional funding sources have been tied to success on narrowly defined numeric objectives – building a certain number of housing units, for example, or financing a certain number of small businesses – and different sectors within the community development field often have had to compete with one another for limited capital, seeing one another as competitors rather than collaborators.  If retail is what we seek in these food desert areas, we will need to concentrate on rooftops and affordable housing for our $10-$15 per hour service and warehouse workers. We must create opportunities for youth entrepreneurship and continue making progress toward crime reduction and the “perception” of crime in our neighborhoods. Education has always been the key for moving people out of poverty, and our public and private education systems will have to take an inward look at programs, processes and how we educate our children.

3. Training the next generation of UCED leadership;

Gentrification is very real in Memphis; it is important however, to ensure those who live in these areas immediately North, South and West of the central business district are not pushed out and are involved in making their neighborhoods better places to live work and play. Those involved in community revitalization and those who are investing must include residents in plans, even those of us who grew up in these areas, must come back to invest in the “old neighborhood.” We cannot spend our income on some of the material realities (the latest auto, the latest fashion and extra circular spending) but we must “collectively invest” and buy the entire block (Any Street, Memphis) and create new affordable housing options. A progressive thinking community should be about these “collective revitalizing” efforts.  To do this effectively requires an intentional, highly organized, and connected network of flexible cross-sector activities on the ground that are able to respond to changes within both the community and the initiative over time, and the leadership of a core group responsible for moving this network forward toward its comprehensive goal. East Lake in Atlanta is just one example we can look to.

The present state of change in UCED is left to those who have the resources and wiliness to pioneer in the urban core. I will suggest it is not easy to work in these areas – high crime, poor education, and an unawareness of the power of the people.

What is the relationship with economic revitalization and 2019? There is a relational cause and effect, because a less educated populace and high poverty rates translate into high instance of crime, poor health outcomes, high rates of HIV, increased youth child birth and less than favorable housing options. The results are evident in Memphis as Memphis is high on the list of crime, teen pregnancy, and high illiteracy and youth disinvestment rates[1].

The future I believe is bright for ALL of us, as we see a new era of UCED, CDC’s, City, County, Communities and New Political Movements emerge. We see on the horizon elected women who are second and third generation thinkers, those who see social and economic progress tied to changing the dynamics of the past. Coalitions of groups and movements that are committed to forging new partnerships for progress. While we still see some vestiges of the past, the recent city council debacle, and what is occurring nationally with the federal government shut down are issues needing attention.

6.  Support efforts in neighborhoods that are not in the headlines, but are result oriented and can be tracked;

The challenge ahead is how we ensure ALL Memphians can enjoy the prosperity occurring downtown and in other areas and create a city of “good abode,” where everyone is enjoying a better way of life. Our youth is the key, we must continue to education them, reduce poverty and create places that are conducive to living, working and playing, in an environment that is aware and celebrates the culture and history of that place, but welcoming to all.

8.  Upgrade our education system; both secondary and post-secondary;

Deciding On Voting Machines That Contribute To Voter Confidence