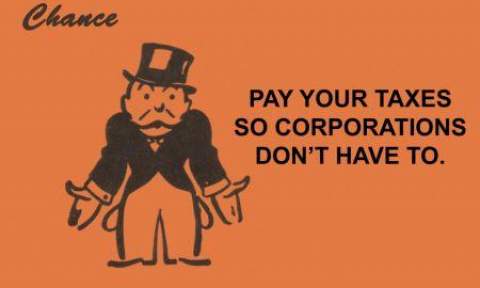 We are told that Memphis tax rates are too high so it has to give away taxes to attract new companies and stimulate growth, but if those companies paid their taxes, the tax rates in Memphis would be about 75 cents lower.

The latest report by the Greater Memphis Chamber – written by a company in Little Rock – underscores the case yet again that we are trapped in a vicious cycle – or is it a quagmire? – of doling out tax waivers while small businesses (where most jobs are created) and homeowners pay the same tax rate that is called too high for the companies receiving PILOTs.

In addition, the tax rates for Memphians are made higher because the costs of public services required by the non-taxpaying companies are in turn paid by everyone else.

Then, too, there is the uncomfortable fact that many of the most successful cities in the U.S. have high tax rates, because they are used to support quality of life investments, research institutions and universities, a well-trained and well-educated workforce, highly effective public services, startups ecosystem, and livability, all things that create a city that produces jobs from new and existing companies.

The staunchest defenders of the tax freeze entitlements sometimes talk over anyone with questions about the PILOT program or to be dismissive of their concerns.  They point to projects that most of us support like Mitsubishi, while conveniently ignoring the hundreds of millions waived for warehouses and distribution centers, some of which pay so little that workers’ families can apply for safety net benefits.  These PILOTs also raise questions about why we have to waive taxes for warehouses and distribution centers if our selling points about our world-class logistics infrastructure are true.

Many of us would have more patience with the PILOT program if we felt that attention is being paid to answer the question: how do we stop selling Memphis and Shelby County at a discount?

The recent Chamber report said the PILOT program is essential because we cannot compete with cities like Nashville which have a lower tax rate, but it begs the question: do we really think that Nashville is booming because of a lower tax rate?

More to the point, the city with the highest taxes in the report also just happens to have jobs growth, GDP growth, and wage growth that is more than two times greater than Memphis, puncturing the argument that low taxes and economic growth are correlated.

We Have The Power

Defenses of the tax waiver program are often a mix of cherry-picked data, fatally flawed economic impact studies, and incomplete explanations of the process itself.  All in all, it’s an emphasis on talking points rather than talking about the need to develop a detailed plan for the investments and strategies that can reduce our reliance on selling our community on the cheap.

After all, according to research over many years, on its best day, incentives are way down on the list of factors that influence a company’s relocation decisions.  As we have written for 13 years on this blog, we watched Nashville take a different path from Memphis, and it paid off.  Where we doubled down on cheapness, Nashville invested in quality.

Other cities have done the same, such as Denver and Austin, and it transformed their economies within 20-25 years.  In other words, the future for Memphis and Shelby County does not have to be merely an extension of the past: more logistics, more low-wage jobs, more tax breaks for low-skill companies.

We are not powerless to create a more balanced economy with more knowledge-based jobs resulting from place-based economic development policies.  And yet, as University of Memphis economist emeritus David Ciscel has pointed, out, we’ve done it before so what’s to keep us from doing it again.

He refers to the Memphis Jobs Conference in the late 1970s and early 1980s that convened in the midst of an economic turndown.  Its goal was to set an agenda that could revive the economy and ignite a period of growth for Memphis and Shelby County.  It did, but in bet heavily on jobs in sectors, particularly logistics, that made sense at the time, but with changes in the economy, shifting more to technology and innovation, the Jobs Conference industries were not the way to keep pace with cities we once outperformed.

As much as we have to shake up the jobs mix in our community, we have to shake off the low expectations and risk averse culture that brought us to the misfiring economy that we have today.  The underperforming economy has produced a new and welcome burst of new thinking at the Greater Memphis Chamber and a break from a past of cheerleading to deliver blunt talk today about the “sobering facts” of our economy.

We’ve been posting a “Data Points” series on this blog for many years that clearly set out these kinds of facts and a few Chamber members told us we were being negative.  That’s why its present comments are an encouraging frankness and call to arms.

The Chamber’s recent report is a useful document, but in truth, what Chamber in this country is going to issue a report that calls for a reduction of incentives?  Perhaps, it could become a bookend to an independent report by a national expert that examines more than our tax structure, and instead, analyzes all of the factors that drive jobs growth in today’s economy and that analyzes our use of incentives when compared to other cities.

We look forward to the report by Good Jobs First, which was hired by Community LIFT to evaluate the present economic development “system” and also a presentation on “Place and Economic Development” by highly respected Detroit Planning Director Maurice Cox     on August 27 at 4-6 p.m. at Clayborn Temple. (Call Community LIFT at 901-521-4232 for more information.)

The Chamber’s call to action has helped to bring a long simmering conversation about our economic problems to the surface, contributing to a long overdue communitywide discussion about what it would take to have a real, highly functioning, interlocking system for economic development in Memphis and Shelby County and how we can map out a plan to move from where we are to where we need to be to create more opportunity and better jobs.

Without the results of that broader context and deeper evaluation, we are urged to retain the PILOT program although it has not proven that it can move us toward a more competitive economy.  The truth is that it’s not EDGE’s failure alone, because the systemic problems predate its establishment and it was never supposed to in and of itself produce a “system.”

In other words, it seems we have more siloes than Arkansas farmland.  There are agencies sprinkled across the landscape working hard on their objectives, but linkages with other agencies whose programs are complementary and who are working toward the same vision is elusive.  There is no overriding vision for where we want to go and the measurements and metrics to judge whether we are getting there.  To quote the old bromide, it’s not that we need to work harder; we need to work smarter.

In fact, in Shelby County, there are a dozen agencies that can approve tax freezes, including Industrial Development Boards in all the municipalities and the Downtown Memphis Commission.  EDGE gets most of the attention because it is responsible for 51% of the taxes waived and its authority has now been expanded to include apartment construction but the same concerns apply to the municipalities industrial development boards which account for 14% of the total taxes waived in Shelby County.  The Downtown Memphis Commission is responsible for 18% and the two Health, Educational and Housing Facilities Boards account for 13%.

Without an over-arching vision, today, PILOTs and TIFs are approved without any context for how they move Memphis and Shelby County to a more equitable, prosperous future or even what that future should be.  Without that context, we get decisions like EDGE’s vote in favor of the inexplicable $42 million Tax Increment Financing (TIF) District for the East Memphis Poplar Corridor which would divert the natural growth of taxes within the city’s most valuable business area for its own uses (see the excellent Memphis Business Journal editorial for why we should be concerned).  Meanwhile, Memphians are paying the lion’s share of the county taxes being waived by municipalities’ industrial development boards when a company merely changes its address by moving out of Memphis to one of the county’s smaller cities.

To repeat, we could be patient about the PILOT program if it had targeted industries within a vision in which everyone could understand their roles.

It was about 30 years ago that I was involved in developing the modern PILOT program, and it was supposed to be tool to be used in the near term while we created a community and economy that would not need them.

That day has never come, and because of it, we need a community conversation that answers  questions like:  What is our plan to move from today’s out-of-step economy to one able to compete for knowledge economy jobs?  What are the precise measurements that we need to set for ourselves?  How can we stop treating economic development as a domain that only a few can enter when we have experts and authorities in our universities and people in our neighborhoods whose voices and opinions should be heard?

There are other questions of course, such as why the PILOTs’ economic analyses are incomplete, failing to deduct from its rosy forecasts the cost of public services needed by companies which are to be paid by the rest of us while retention PILOTs don’t factor in the relocation costs for a company to leave Memphis and Shelby County.  There is also the question of whether Memphis needs its own Industrial Development Board rather than EDGE.

It may take 20 years to reach our destination and we may need to keep PILOTs as an incentive while we are transforming our economy, but it’s hard to think of a higher priority for our economic development than finding way to attract new jobs without giving away taxes so freely.

Other cities do it.  There’s no reason that we don’t have the goal of joining them.