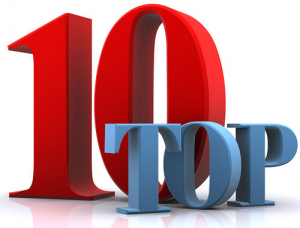 In our last post, we began our list of 10 decisions that made us into who we are today.

In that post, we listed three factors (these 10 are in no particular order):

* No Commitment to Planning

* Ignoring the Need for Equity

Today, we turn our attention to two more of our Top 10 list: “Lock ‘Em Up Law Enforcement” and “County Government delivers urban services.”

Sometimes, we have wondered if it’s ever possible for the Crime Commission to get enough money for law enforcement, sentences that are tough enough for prosecutors, and a level of mass incarceration that actually makes them engage in new thinking.

When you’re a hammer, all problems are a nail, but what’s most interesting is the way the same old ideas are repackaged in new wrapping with modest attention to addressing the seedbeds of the problem.

Half a Billion Dollars a Year

The lock ‘em up answers to crime problems ripple throughout the city and county budgets, driving up the overall tax rates and even more, they consume money that could improve quality of life, attack blight and code violations in our neighborhoods, and put more of a laser focus on equity and opportunity.

We hear a lot about the $260 million that City of Memphis spends on its division of policy services, but Shelby County Government spends almost as much.  In the county, it’s for enforcement, jail and prison, courts, prosecutors, public defenders, and diversion and pretrial – with a price tag of about $232 million a year.

In other words, the total cost for both governments for law enforcement and criminal justice is just shy of $500 million a year.  In keeping with the local tradition of Memphians paying a disproportionate share of the costs for public services (100% of city property taxes and about 65% of county property taxes), it means that taxpayers within the city pay about 80% of the total.

The City of Memphis Five-Year Fiscal Plan from the Wharton Administration stated that there is no clear correlation between the size of a city’s police force and its crime rate.   That said, the fact is that the number of “boots on the streets” in Memphis dropped significantly lower than the levels of years past, and the Strickland Administration is focused on getting the strength of the force back to the traditional level again.

Some cities have actually reduced the size of their police departments and their crime rates dropped as much as twice as much as Memphis, largely because they were also concentrating on prevention and intervention, not just suppression.  As Shelby County Mayor Mark Luttrell has said, the suppression leg of the three-legged crime prevention stool is the easiest, and we have not emphasized enough prevention and intervention.

It’s why our community has to get more inventive and bold in the development of comprehensive strategies of crime prevention.  Vital to our success in fighting crime are more community crime prevention strategies that target changes in community infrastructure, culture, technology, and physical environment to reduce crime.

Much of that prevention and intervention could take place in parks, community centers, outreach programs, youth programs, libraries, and broadened, more effective re-entry programs, but then again, there’s regularly not enough money for these because they are regularly sacrificed on the altar of suppression.

It seems that no area of public policy is given more to magic answers and silver bullets as crime prevention.  The Juvenile Assessment Center idea falls into that category, but look for the usual suspects to push it as yet another a-ha moment that produces an idea that could likely result in more African American youths being arrested and interviewed (probably without a lawyer of their own present).

We are not saying that the right kind of center cannot be important for Memphis and Shelby County.  For more than 20 years, well-designed centers have been key parts of other cities’ efforts to provide interventions that improve the life trajectories for many children and young people whose lives collide with the juvenile justice system – and also reduce crime.

As we blogged earlier this year, an effective youth assessment center with due process, confidentiality safeguards, community-led collaborations, full and complete assessments, strong case management adequate staffing, and individualized intervention plans would be proof positive that we can actually translate our words about children into action.

That’s the standard we should use here and there are some outstanding models for it.  So far, we haven’t seen it in the Memphis recommendations.

Perhaps, what we need to do is create a Prevention and Intervention Commission to make sure we there is another voice to balance out the suppression default of the Crime Commission.

It often seems that Shelby County Government has made many of the poor decisions that produced the problems that define our community today.  The crux of many of them is linked to a decision made early after county government was restructured: to deliver an urban level of services to unincorporated Shelby County.

While the intent of the restructure act for Shelby County Government was to modernize it (until then, the lines of administrative responsibility blurred between a three-person commission and the county legislative body, then called the Quarterly Court), one characteristic of the old rural-dominated government remained – an oversized attention and emphasis on the needs of the area outside of Memphis.

This dominant rural-oriented perspective came from a time when most of Shelby County Government’s legislators – then called squires – were elected from the much more sparsely populated small towns and rural areas of Shelby County outside Memphis. In fact, it wasn’t until the U.S. Supreme Court ordered the Shelby County to elect its legislative body on the basis of “one man, one vote” did county government realign its election process, and in the process, the nation received a landmark legal decision that affected every public body in the U.S.  Until that time, county “squires” from outside Memphis outnumbered those from inside Memphis although most of the population was inside the city limits.

The poster child for the decision that was made is the volunteer fire department that at the time answered all fire calls in unincorporated Shelby County.   The newly minted mayor of county government chose to eliminate the volunteer department and instead create a “professional, fulltime fire department.”  It was the first step down a road on which Shelby County time and time again chose to deliver a service that was more urban than rural or suburban.

Soon, county government was providing ambulance service, building new schools, new roads, and new fire stations, and fighting to convince Memphis to extend sewer lines to open up greenfields for new development.  Unfortunately, there was never the serious policy decision about what a municipal service and a county service should be.  Instead, Shelby County Government set out in an assertive strategy to make its non-Memphis political base happy with urban services not previously provided to unincorporated Shelby County.  All of these were funded from county property taxes with about 75% at the time coming from Memphians.

Looking back, it’s strange that there was no serious debate when greenfields were targeted for the derivative developments that became so common for the sprawling suburbs in unincorporated Shelby County.  Starting with Hickory Hill, county government was willing to subsidize a quality of housing that would require substantial reinvestment before the first mortgage was even paid off. In Hickory Hill, Shelby County built some of the first obscenely wide roads that would become its hallmark, fueling rapid development that created even more demands for fire, roads, bridges and schools.

Even events hailed as progressive steps forward were in truth driven by development interests, such as the extension of Gray’s Creek sewer lines in 1994, but Memphis was willing to enter into these kinds of agreements because of the assumption that they would annex the areas in the future.

To quote the late Gene Pearson, head of graduate regional planning at University of Memphis, in a Smart City Memphis 2010 post: “In 1994, Memphis City Council and the Shelby County Commission ratified an agreement driven by county government called the ‘Balanced Growth Plan.’  On the one hand, Shelby County agreed to provide money to Memphis to help in revitalization, a paltry $2 million (with Memphians of course paying the majority of it in county taxes). In return, Memphis agreed to extend sewer lines into the Gray’s Creek basin located in east central Shelby County between Arlington and Collierville and extending from western Fayette County to Cordova, and create millions of dollars in profits for developers.”

These urban services not only drove up the county property tax rate, but they also thoroughly blurred the lines that traditionally had to be crossed in a Memphis annexation.  The philosophy of governance is that people who move to rural or suburban areas receive a lower level of services, and if they want a higher level of service, they become part of a municipality. Here, resistance to annexation became more volatile because people in the annexation area were already receiving urban services.

Put into a sentence, if people who move out of Memphis want urban level services, they should pay for them – by being part of a city and paying the taxes that make them possible.  If they live in an unincorporated area, they have made the decision to locate where a rural level of services is provided.

It’s a basic premise of government theory that got lost in the earliest days of the restructured Shelby County Government. Rather than providing a basic level of services, county government dished out urban services that eroded the difference that should be implicit between municipal and county governments in the first place.

Next Post: “The 10 Decisions That Made Us Who We Are” Continues with Failing To Create A Real MPO and Chasing Population Through Annexation.

In the wake of last week’s election, we are republishing and updating this series of posts from November, 2014. 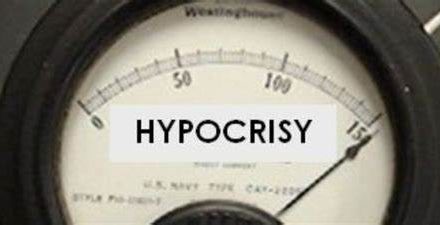