Drawing A Map To A Better Memphis Economy 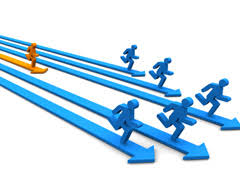 Maybe, just maybe, rather than taking sides in the debate about economic development in Memphis and Shelby County, we should take out a blank sheet of paper and design what a high-performing system would look like.

After all, with about 15 years of an economy being outpaced by regions who used to play catch up with us, there’s plenty of blame to go around.

In that decade and a half, our community has launched multiple economic development plans; we’ve chased magic bullets and big projects that were promised to turn things around; we have wrestled with attempt after attempt to get workforce development right; we have created a new public entity, EDGE, that was supposed to accelerate our economic results; and the Greater Memphis Chamber formed the Chairman’s Circle with much the same goal.

And yet, the local economy lags behind peer cities in critical measurements like income growth, jobs growth, opportunity, and GDP growth.  Even more disturbing in a majority minority region, the median household incomes for African Americans remain only half that of whites, a disparity that has not changed in 40 years, and costs our GDP $22 billion a year.

Put simply, there’s never been a better time for starting with no preconceived ideas, evaluating where we are, considering how to supercharge the economy, and calling it the crisis that it is.

Consensus To Do Something

In the 1990s, there were the annual media conferences featuring beaming Chamber executives and city and county mayors announcing that more than 10,000 net new jobs had been created in the previous year. Today, EDGE – under a hollow motto that it is “transforming the Shelby County economy” – boasts that it has created – or retained – about 19,000 jobs in seven years.   And the latest Greater Memphis Chamber annual report on its website – for 2016 – touts 7,365 jobs for the 10-county MSA, but like the EDGE numbers, they include the misleading “retention jobs” that were never counted in the total in 1990s.

While there may be disagreement about the causes of the lack of vitality in the economy, there is consensus today that it is not performing as well as it should.  Arguably for the first time since the legendary Memphis Jobs Conference of the early 1980s, there is an unvarnished candor about the state of the Memphis economy.

That’s why Richard Smith, scion of the FedEx founder and his position as chairman of the Greater Memphis Chamber, deserves credit for his willingness to challenge the normal cheerleading about the economy and push out the inconvenient truths that have to be addressed for Memphis to improve its trajectory.

The controversy that followed stemmed from a proposal that felt like it appeared fully formed without the benefit of the wider input needed for the broad community support that can drive change.  Meanwhile, criticisms of the Economic Development Growth Engine (EDGE) stung its beneficiaries and defenders, who extolled its support for minority business and neighborhood economic growth.

In the end, Mr. Smith backed off his recommendation to shift minority business requirements in the PILOT program from a mandate to an inducement backed by increased incentives for minority business support.  It was an unforced error and frankly dumfounding, considering the drumbeat for more minority business investment that Mayor Jim Strickland made a centerpiece of his administration, that was a priority for the Chamber, and that was a widely accepted talking point about Memphis’ priorities.

The need for a more invigorated economy was immediately overshadowed by the idea that the community’s emphasis on minority business was being diminished, and the discussion took the form of taking sides either for the Chamber or EDGE.

Everyone had opinions but research was few and far between.  Because of it, Community LIFT (Leveraging Investments For Transformation) President Eric Robertson became a voice for an authentic community conversation and hired Good Jobs First, which describes itself as a national policy resource center for grassroots groups and public officials, promoting corporate and government accountability in economic development, to report on best practices in economic development.

All this is prologue, so where should we go now?

Perhaps, what we should do is take out a blank sheet of paper and decide what the optimal structure for a high-performing economic development system should be, and how the system, whatever it might be, can be measurable and transparent, can have clearly defined strategies aimed at high-value targets, can have tax freezes that are incentives rather than entitlements, and can include a report card for the public issued quarterly.

As part of the process, Memphis and Shelby County Governments, who created EDGE and whose tax revenues are being waived at the rate of about $800 million a decade, can provide their definition of success and issue benchmarks for success.

The present dichotomy is striking.  There is $11 billion of construction under way, there are projects – the riverfront, South City, the convention center expansion, and a redeveloped key block of downtown with a 34-story building and 550-room Loew’s Hotel – slated for the next two years that can transform the physical profile for our community.

And yet, the lagging economy is a drag on the kind of prosperity and opportunity that usually accompanies such momentum.  Despite all the encouraging projects and improving civic morale, the Memphis region ranked #48 out of the largest 53 metros in jobs growth in 2017 with a rate of only two-thirds of one percent.

In other words, it’s really no time for spending time taking sides but rather use the time for a comprehensive look at what could supercharge the Memphis economy.  If we need any added incentive, it’s in the fact that few cities in the country – much less the Southeast – are keeping pace with the economic boom in the Nashville region, but our region is finding it difficult to keep pace with Tennessee’s other metro areas.

Good Use Of Our Time

We can begin this evaluation by assessing where we are, agreeing on the shared values that will drive the process, and defining the guiding principles on which there is consensus.  With this framework in place, we can assess the economic development structure and process in regions where the economic trend lines are consistently impressive.

Then, the process can determine the lessons to be drawn from these places and draw on them to inform the planning here.  Most of all, the objective is to create an economic development process with clear accountability and with no patience for blame-shifting between the various agencies and their personalities.

The time spent on accusations and counter-accusations is merely time not spent on devising a system where roles and responsibilities are clearly defined, goals and strategies are widely understood, and results are candidly and honestly evaluated and reported, free of the spin that accompanies announcements these days, particularly any time the tax burden is being shifted from companies to taxpayers with each PILOT.

Finally, if this analysis concludes that the present economic development system in our community does not require structural changes, it should be fine tuned to clear up confusion that exists today about the roles of the Greater Memphis Chamber and EDGE – and Memphis and Shelby County Governments – and to ensure that the proper checks and balances are in place.

All of us have opinions but what we need now is a fact-based, data-driven economic development system.  That said, the public side of the equation where the tax incentives will lie must engender greater confidence that every tax dollar waived is wisely spent – or needed to be spent at all.  It must also abandon the notion that lawyers and real estate-connected professionals should dominate a board like EDGE and apparently get appointments for life.

In truth, it reflects the reality in our community that economic development is in fact actually real estate development.  It also perpetuates the myth that grassroots leaders are not just as qualified to serve on the EDGE board and bring new voices and perspectives into the process.

If all the projects announced in our community in recent months come to pass in the next two to three years, it will be a time of exciting progress.  If we can simultaneously get our economy operating on all cylinders, it is hard to imagine the transforming effect on Memphis and Shelby County.

That’s reason enough to take out that blank sheet of paper and begin.

How Much Should the Young Pay for Underfunded Pensions?