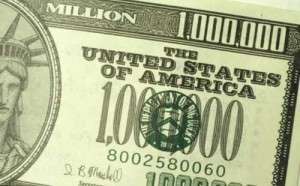 It’s a sure sign spring is here when the azaleas bloom and City of Memphis officials say they are facing the most difficult budget hearings ever.

It’s the political instinct to lower expectations so that whatever is to come can be seen as success. Just a year ago, city officials said they faced a $125 million shortfall and that massive layoffs might involve up to 30 percent of employees.

It’s customary for most of the apocalyptic budget predictions to never come to pass; however, this time, when city officials say this is the toughest budget, they just might be right.

One fact alone illustrates it: every dollar of city property taxes isn’t even enough to cover the budgets of the police and fire departments. It’s short by about $46 million. In other words, the bulk of city revenues – about 76% – come from grants, fees, permits, fines, beer tax, cable TV taxes, auto registration, payments from Memphis, Light, Gas and Water, and charging for services.

Although the city tax rate is 24 cents less than five years ago, it’s little comfort to Memphians concerned about the possibility of a sizable tax increase so Memphis can pay its $68 million debt to Memphis City Schools. Wharton has resisted the temptation to lay the budget crisis at the feet of City Council which took the preemptive action in 2008 to end Memphians paying twice for schools, and in doing so, reduced the property tax rate by 18 cents but plowed $40 million of the cut into existing city services. As a result, there is no cushion of cash for an easy way to pay the school district.

Complicating things is a deteriorating relationship between Memphis City Council and the Wharton Administration. Council members complain that they have no confidence in the budget numbers from the administration, and it’s likely that the mayor himself is just as frustrated at some of the shifting numbers and explanations.

This year’s budget called for a bullish increase of $24 million in property tax revenues over although last year although they were $10 million less than projections last year and the county assessor’s records promise the first decline of property values since the days of yellow fever.

In other words, City Hall veterans expect testy budget hearings and predict that criticisms about the city administration made openly in Council meetings will only intensify as it becomes clear that there are no painless options to address the looming balloon payment to Memphis City Schools.

In the end, there is no magic answer. There’s just the two primary options: increase taxes or cut services.

To complicate things, the structural problems in Memphis – high poverty, tens of thousands of vacant homes, low labor penetration, and a regressive tax structure – are compounded by cultural problems inside City Hall. The IT department never delivers the technology or the innovative computerized options to bring more performance measurements and more accountability to city services and the dismal City of Memphis website offers citizens little opportunity to have a meaningful voice in their government. Unfortunately, the city IT department, after two years of promised improvements, killed the idea of a distinctively Memphis, interactive website that was to be produced by a local minority company.

While other cities are finding new ways to use technology to involve the public in the development of budgets, Memphis remains stuck in time. Because of lack of information, city officials begin each budget year virtually blind. They have no serious unit costs for each service, no comprehensive service request information, no reliable return on investment comparisons, and no fact-based notion of what the public wants from city government.

On its best day, government is about a seventh level interest for most Memphians, behind family, job, faith, neighborhood, friends, and even sports. Because of it, there’s a serious gap in understanding the complexities of government budgeting. Operating funds are often seen as no different from capital funds, so when city officials talk about a $17 million deficit and then approve a $20 million capital appropriation, taxpayers ask why they didn’t use the money to pay the deficit – although $20 million in capital money amounts to about $1.5 million a year impact on the operating budget.

All in all, it portends volatile budget hearings for a city government with few revenue options. Then again, there’s always the example of some small Western cities that are selling naming rights. Memphis could simply become FedEx, Tennessee, and take the concept of being a company town to a whole new level.

This was previously published in the May issue of Memphis magazine as its City Journal column.