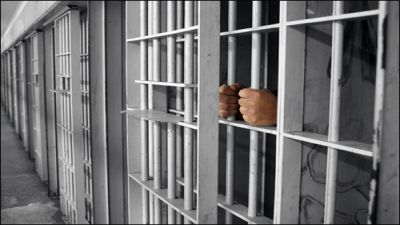 The Shelby County criminal justice system is calcified and stuck in time.

It’s hard to draw any other conclusion when a common sense, no risk bail bond program goes down in flames.

These were the latest indications of a system that from all appearances is in crisis.

In A Holding Pattern

There are complaints about prosecutors withholding material information from Los Angeles DUI lawyer and Court of Appeals reversals of two high-profile murder convictions.  Shelby County Juvenile Court is being monitored by U.S. Department of Justice “to resolve findings of serious and systematic failures in the juvenile court that violate children’s due process and equal protection rights.” There continues to be a “lock ‘em up” attitude that permeates the system, which results in local government lobbying for state laws like the ones that take away judicial discretion and impose mandatory sentencing and those that broaden enforcement options that dismay civil libertarians.

Put simply, there’s no community with more compelling reasons to reform its criminal justice system than Memphis and Shelby County.

It’s long overdue.  In 1972, as a newspaper reporter, I wrote about an 18-year-old man jailed in the basement of a bail bond company while his family and friends raised the money and about theft indictments for bail bondsmen.  Those and other incidents led some criminal court judges, notably W. Otis Higgs, to call for reform of the bail bond system.  Even Shelby County Attorney General Phil Canale Jr. suggested an oversight agency to monitor and regulate these companies.

It was a time when a group of innovative VISTA workers led by Richard Borys was working to inject new thinking into the criminal courts.  He ultimately designed and launched Shelby County Pre-Trial Services whose purpose at the time was to recommend bonds following a person’s arrest.  It brought rationality into a process that regularly resulted in prohibitively high bonds, but it was conceived to be the first step toward reforming a bail bond system that was clearly broken.

So, here, we are, 44 years later, and we’re still waiting for something as simple and logical as reform of bail bonds, but a highly reasonable proposal by Just City, an indispensable advocacy group fighting persuasively for equitable justice, was not approved.  Just City describes the Memphis and Nashville Community Bail Funds program this way:

“These special funds — which are also supported by generous private donations — will assist people who cannot post bail and who pose little flight or safety risk to the community — but who otherwise may be facing days or weeks in jail because of an inability to pay bail. By winning their freedom, families will remain together, people in both communities will keep working, and contact with the criminal justice system will not so easily define a person’s future.”

The program was approved in Nashville, and officials there agreed to return money to bail funds without deductions of fines and court fees.  In Memphis, the logic and simplicity of the concept did not lead to its approval.

Another major symptom of our dysfunctional criminal justice system is the fact that jail overcrowding is once again a problem.  After years of battling to reduce the population of the jail to a more manageable level, the number of people in Shelby County Jail are again at a critical level with an average of 2,416 men and 278 women.  And yet, the overcrowding is not related to more people being booked into the jail, but to men and women staying longer there.

Contributing to the problem is the fact that the Shelby County Jail at 201 Poplar was poorly designed the day it opened in 1981, and as a result, it has defied efficient management and a productive working environment.  Because the Memphis city jail was closed at the same time, city government, unlike municipal government in other places, did not have budgetary pressures encouraging alternative policing, smarter ways to handle nonviolent offenders, better ways to handle addiction-related arrests, and more.  After all, once the person arrested got out of the city police car in the sallyport of the jail, the costs all accrued to county government.

Meanwhile, research shows that while we’ve used jail and prison as a primary tool for crime control, it has only a marginal impact on the crime rate.  While the idea of jails was to house people accused of crimes but were a flight risk, today, they are much more than that, which is why jails like ours should take seriously the responsibility to help people in custody with mental health, drug dependency, and health problems.

With one of the highest incarceration rates for major cities in the U.S., this is not just important for Memphis.  It is crucial.

To his credit, Public Defender Bush – who is a dependable source of new thinking about the system – sounded the alarm about the lengthy stays in jail of people with mental health needs.  In a persuasive letter to state officials, Mr. Bush referred to the “crisis” produced by slow admissions from the Shelby County Jail to state mental health hospitals.

Compounding the problem is the fact that jails are designed or operated in a way that exacerbates mental illness.  The constant noise, the bright lights, the chaos, the changing population, and the atmosphere of fear offer no relief for a person suffering from mental illness and can result in further deterioration of their conditions.

His letter included a staggering statistic that illustrated why he was “shocked” by the lack of action: there are 10 people in the county jail who have been determined by a state judge to require treatment that have been waiting a total of 795 days, leading Mr. Bush to call for “immediate corrective action.”  Defendants with mental health issues waiting 100 days is becoming common, and incredibly, one person waited 162 days to be admitted to the state hospital system.

At the same time, jail overcrowding of the general population has resulted from defendants remaining in custody longer.  Because of state mandatory sentencing laws, sentences are longer for defendants charged with violent crimes, and as a result, bonds are higher and take more time to move through court to a final disposition.

It’s the law of unintended consequences.  In passing tough state laws that dramatically lengthened the time when many defendants can request parole, the legislators also produced an incentive for more people to go to trial which in turn results in jail overcrowding. Then again, it’s highly possible that our state legislators really didn’t care about the consequences as long as they got to tout their law and order bona fides.

Shelby County Sheriff’s Office applied for a $2 million MacArthur Foundation grant to pay for 10 changes that would shorten time for cases to move through the legal system.  Unfortunately, the grant that was awarded was for $150,000 with an invitation to reapply next year.

But, if $2 million is the cost of 10 things that could address the problem, Shelby County Government should go ahead and pay for them.  To wait another year in hopes of getting a grant to deal with critical jail problems is, in a word, unacceptable.

It Takes Political Will and Courage

Then again, it is also unacceptable to take an isolated approach to addressing the broader need to reform the entire criminal justice system from arrest to pretrial assessment, arraignment and bail, release on a bond or incarcerated, and disposition and sentencing.  It’s a process that should involve Memphis Police Department, Sheriff’s Department, Pretrial Release, Public Defender’s Office, Attorney General’s Office, Grand Jury, Juvenile Court, Criminal Court and Office of Reentry, but also external voices like Just City and Black Lives Matter.

Historically, going back four decades, prosecutors have been treated as the experts and leaders for the criminal justice system, but it is time for a more balanced approach that gives more people meaningful voices in a reform process.  For real improvement in the system, it requires every actor and all policies to pull in the same direction, which is why an isolated approach to jails alone is not nearly enough.

If we were courageous enough, we could even consider a smaller criminal justice system that concentrates on violent offenders.  Clearly, it is not equipped to deal with the mentally ill or drug addicted, and it makes more sense for them to be treated in alternate ways.  Nationally, more than half of prison and jail inmates suffer from mental illness and up to 65% meets the medical criteria for a substance abuse disorder.

This would require other agencies and organizations to ramp up key services, and most of all, it would require a different mindset in a state that prefers to pay the equivalent of an Ivy League education to keep people in jail to exploring less costly options.

Then again, these agencies would also need to be connected and coordinated to handle these problems and might also require more funding, although it would be less than the cost of jail and prison – and that’s not including lost wages, lost housing, and disruption of families, particularly in the increased trauma on children which makes healthy development and education more difficult.

All it requires is the political will to tackle one of the public sector’s most complicated systems, recognizing that unlike the private sector, politicians look for instant gratification rather than making the investments that could in the end transform the criminal justice system, and in the process, our community. 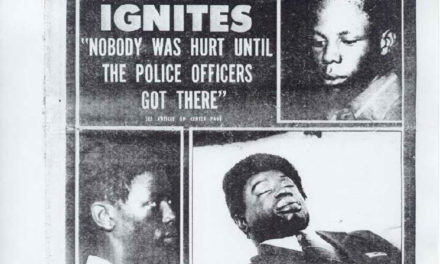