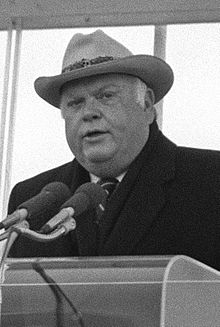 It was 1986 and the betting on a proposed civil rights museum in Memphis was that it would never be built.

It was caught in the snare of racial politics in Memphis, and if it were not for Ned McWherter, the son of a share cropper who rose to become the always savvy and powerful Speaker of the Tennessee House of Representatives, it might never have happened.

With an eye on the governor’s office and an appreciation for the impact that the African-American vote in Shelby County could have on that race, Mr. McWherter came out in support of a civil rights museum at the Lorraine Motel and essentially dropped the political hot potato into the laps of Memphis Mayor Dick Hackett and Shelby County Mayor Bill Morris, who did not have the votes to approve the funding on their legislative bodies.

That the idea of a civil rights museum was being considered at all was testament to a small group of African-American leaders who saw it as a way to turn the site of a national tragedy into a vehicle for reconciliation in Memphis.  They had bought the hotel where Dr. Martin Luther King Jr. was killed following its foreclosure in 1982 but had received mostly polite attention to their pitches for state, county, and city funding.

Proving that timing is everything, Mr. McWherter’s race for governor changed everything.  He promised $4.4 million in state funding, but contingent on an equal amount from Memphis and Shelby County.   Strong opposition to local funding was immediate and stalled as city and county government leaders fought over which government should act first on the funding request.

In the face of stern pressure from opponents and supporters, Mayor Morris broke the logjam with some clever political theater.  He announced that he would submit a funding request for $2.2 million to the Shelby County Board of Commissioners but the money would never be released unless the project could meet roughly a dozen conditions that sounded rigorous.

Opponents were satisfied because they presumed the museum’s sponsors would never be able to meet the conditions, which included a Smithsonian Institution-designed facility, no local government money for operations, and management of the project by state government.  While the conditions sounded stringent, Mayor Morris knew they were no barrier to construction of the museum.  They had already been accomplished or promised.

In short order, funding by city and county government was approved, and in 1987, the groundbreaking was held not too long after Mr. McWherter was sworn in as governor.

Designed by former exhibitions director at the Smithsonian Institution’s National Museum of American History Ben Lawless, the National Civil Rights Museum opened September 28, 1991, but its construction was not without struggles.  The site was firebombed and there were controversies about bids, selling bricks from the hotel to raise money, and whether a laser beam tracking the trajectory of the bullet that killed Dr. King was in poor taste (it was eliminated). 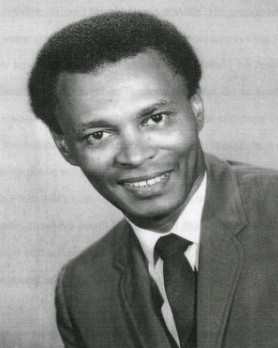 Through it all, civil rights lawyer A.W. Willis Jr., museum advocate and first African-American in the Tennessee Legislature since Reconstruction, greeted every obstacle with the comment that the project was divinely inspired: “Don’t worry about it.  Someone bigger than us is in charge of this project.”

The early years of the museum were marked by tumultuous board meetings punctuated by name-calling.  At one point, state officials were concerned enough about the acrimony and the inability of the board to make decisions that they considered taking over the museum.

In time, the tenor of the meetings improved and with the hiring of Beverly Robertson in 1997 as executive director, the museum found its footing and its voice in the community.   She oversaw the $11 million expansion of the museum in 2002 as the museum stretched to Main Street and the $27 million rebirth of the museum being unveiled in 2014 to glowing reviews, including Associated Press calling it “the best and most recent scholarship on civil rights today.”

In a marketplace that now includes more than two dozen African-American and civil rights museums built since 1988, some costing more than $100 million, the National Civil Rights Museum is noteworthy for its steady growth and management while some like the National Underground Railroad Freedom Center have foundered and Virginia’s proposed U.S. National Slavery Museum raised money for years but was finally abandoned.

Today, the National Civil Rights Museum is among the five percent of museums accredited by the American Alliance of Museums, it is one of only six U.S. Sites of Conscience, and it has even been an answer on Jeopardy.  Through controversy, opposition, conflict, and competition, the National Civil Rights Museum prevails and prepares to celebrate the 25th anniversary of its opening on September 28, and with its latest renovation and upgrades, it continues to leverage the intimacy and historic significance – there is nothing in any museum anywhere as moving and emotional as standing outside Dr. King’s hotel room – that have always been its competitive advantages.

Empty Storefronts as a Horizontal Hotel