In Memory of Officer Verdell Smith 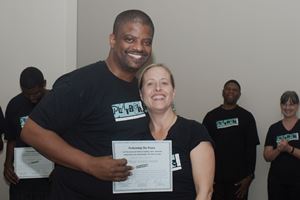 The funeral of Verdell Smith will be held today, and so many people who knew and worked with him on breaking down the barriers between police and people and neighborhoods who had traditionally had mistrust and tense relationships with police grieve with his family and friends today.  We never had the privilege of meeting him, but we heard about him from others, particularly his warm, open, and giving approach to reaching out to fellow Memphians, regardless of their status or place in life.

Earlier this year, we posted a commentary by Matt Timberlake about an inspirational program organized by that valuable civic treasure, Playback Memphis.  In fact, Officer Smith was featured in the photo at the top of the post.

We were reminded of his special participation in the program in comments posted on Playback Memphis’s website yesterday by its founder Virginia Reed Murphy: “…to say that we are heartbroken, saddened or even shocked would be a gross understatement.  With a kind spirit and gentle soul, Verdell cheerfully and diligently gave back to the community in so many ways, not the least of which was being a pioneering member of Playback Memphis via Performing the Peace.  Much like us, building bridges was his passion.

“Not every cop is a bad guy and conversely, not every young man in a hoodie is a bad guy.  He understood this well and sought to bring this messaging to the broader community, whether it was ex-offenders and residents in general or his ow brothers in blue.  He was fair.  He was open.  He was good.  His impact is transcendent and his work will continue from the other side.  Meanwhile, Verdell, we will honor your legacy here on Earth.”

Another video spotlighting this special man is below: 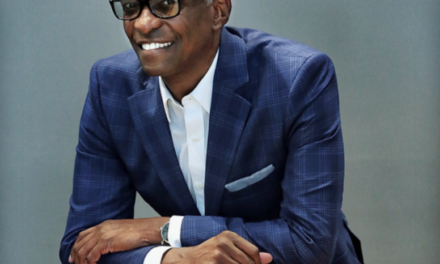