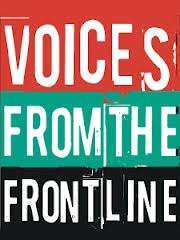 We interrupt our blog posts – about the failure of our economic development and about the need for a comprehensive plan – to post some comments from two people who are precisely the target demographic that we need to give reasons to stay in Memphis.

Since we listed the negative economic indicators Monday that trouble us most and call into question our economic future, we posted a map yesterday that showed a blank spot where Memphis is supposed to be.  It’s a map of high-tech start-ups, and Memphis was missing in action.

It’s yet another wake-up call for a community is adrift, unfocused, and non-strategic when it comes to economic development.

It’s not to say that there aren’t a lot of good things being done, but because we don’t have priorities, we are going in dozens of different directions. As a result, resources and energy are frayed and wasted, and opportunities to leverage them are often lost.

We have plans upon plans, but they are for initiatives, programs, and projects.  There is not an over-arching economic development plan that is future-oriented, aspirational, ambitious, courageous, and balanced, that sets transformational priorities, and that can change the trajectory of Memphis and Shelby County.

Rather, we tend to do more of what we’ve been doing – think logistics.  We are an internationally important logistics hub and we clearly should own that space, but we have to do more than identify logistics as the priority time after time.  Surely, we can do more, and we have to if we want to keep and attract young college-educated professionals, inspire entrepreneurs, nurture startups, and compete on a global platform

As for us, we think we should quit talking about our logistics strengths until we are willing to correct the dismal condition of Lamar Avenue south of I-240, where so many of our logistics assets are located, and until we do something to make sure that the $1.3 million aerotropolis plan that is under way is not merely another missed opportunity.

A Memphis businessman asks: “Are we becoming a purely blue collar jobs capital?”  Here are his comments:

“Our white collar/professional job growth is virtually non-existent and too many of our job creation efforts seem myopically focused on “new economy” manufacturing, etc., not that those jobs are not needed here, but when downtown office, airport office, and Midtown office space activity is utterly abysmal (the only thriving office space sub market is East Memphis), it should tell you that we are headed in a singular direction of becoming a blue collar town (not for professionals).

“Are we oblivious to the fact that we have lost professional jobs in Pinnacle, Morgan Keegan, FedEx (those are the well-known ones) and before that, Harrah’s and Hilton Hotels Corp., and we continue to invest overwhelmingly in non-professional jobs.  Simultaneously, we talk about talent and host events for young professionals saying come back/stay here, but we don’t pursue cultivating entrepreneurs to create local jobs for them nor have we prioritized incentives to lure the type of jobs here that the professional talent gravitates toward.

“I fear that by adopting and vocalizing the blue collar, grit-n-grind, ‘we are gritty and proud’ mantras, we only reinforce the thought process that we are doing the best we can with trading $75-$100,0000/year jobs for $35-$50,000/year jobs.  It’s like our ever increasing poverty, education challenges, crime, racial tension, teen mother births, economic inequality, lack of population or economic growth, proximity to other poor counties, political turmoil, urban versus suburban standoffs are all emblematic of our true grit and scrappiness and we wear it like it’s a badge of honor.

“What happened to the city that birthed Holiday Inns, Universal Life Insurance, NBC Bank, First TN, Leader Federal, FedEx, Union Planters, Morgan Keegan, etc.?  What major employers have we birthed lately (past 30 years since FedEx)?  Are we structured/poised to birth any new ones or will we be solely reliant on the cheap labor/high subsidy job creation model to attract more Electrolux, Mitsubishi, KTG jobs that end up hiring a majority of their workforce from outside of Memphis from surrounding areas?  I know there are professionals within these companies and that these companies will do business with local professional service firms, but that is a byproduct and not driven by priority.

“When Nashville’s #1 talent draw pool is Memphis, we have an immense problem.

“We should all be worried.  It seems like the mayor should have a jobs czar who pushes the economic development job creation vision that he has for the community and that gives EDGE, Chamber, Brookings, Chairman’s Circle, Memphis Tomorrow, Mid-South Minority Business Council, etc., a specific piece to carry and deliver on, thus creating some degree of alignment with an overall vision and direction versus all of this free-styling, Lone Range initiatives that take up time, attention, money, and end up with unclear, unmeasured, mediocre results at best.  Right now, it seems as though it is the flavor of the month rather them responding and aligning with his vision and direction.  That’s what scares me most: the competing agendas that end up nowhere.”

In response to the same post, another astute reader – who’s a local professional – wrote:

“…but how many times have we been here or maybe the more accurate question is: how LONG have we been at this exact spot? Fumbling around with the same ideas and goals that we all agree with while those with the resources and positions to implement these strategies pay lip service to the concept by simply acknowledging the need, or worse yet, commissioning a 6-month study which places those exact words on high quality paper with generic images of young, smiling parents, professionals and children as they enjoy some nondescript activities? The final reports seem destined to gather dust on someone’s coffee table or to become gradually buried under other promotional and marketing material churned out by the Chamber.

“The region is akin to a stereotypical victim trapped and sinking in quicksand. ‘We’ are quick to grasp at the false and distracting escape offered by municipal school districts, random economic development projects such as oven manufacturers, unproven ‘green’ car assembly plants, providing tax breaks to jobs that are already in place, and airport gates. The more we struggle, the deeper we sink while quick observation, evaluation, and focused effort would likely lead to our salvation.

“The vine is there (damn it!), but it is going to require exerting some real physical force over a longer period of time than we prefer, and we may lose a shoe, a watch, and our shirt in the process. How do we snap ‘leaders’ out of the survival mode in which they seem to be entrenched when the fruit yielded by pursuing such goals will require a timeframe that spans multiple election cycles and thus the tough decisions that must be made stand a decent chance of costing them their political careers? How do you quickly reform a system that is built upon a foundation defined by a lack of change (or painstakingly slow evolution), is increasingly notorious for its devotion to self-preservation and is populated, and led by a large group of very loud individuals who are always prepared to defend the status quo?”

In response to the post about high-tech startups, the same reader said:

“When reading the title of the post, I thought it might be in reference to a finding that placed this area in the middle of the pack regarding our number of high-tech startups (or at least no more than two-thirds of the way down the list).  Little did I know that Memphis would literally not appear at all. This provides more hard evidence showing that the Memphis Metropolitan Area has not even managed to simply tread water over the past two decades, but has lost ground when compared to both peer cities and to historic local performance measures.