Fort Collins, Colorado, isn’t the city you think of when discussing high-tech innovation hubs. Neither is Cheyenne, Wyoming, or Salt Lake City, Utah, or Corvallis, Oregon. But in 2010, the density of high-tech start-ups in these lesser-known locales rivaled, and even surpassed, that of more blockbuster hubs like San Jose, Cambridge or Seattle.

This surprising ranking comes from a recently released report from the Kauffman Foundation and Engine, a firm that calls itself “the voice of start-ups in government,” entitled “Tech Starts: High Technology Business Formation and Job Creation in the United States.” Authored by Ian Hathaway, the report offers new and detailed data on the growth, density, and geography of high-tech start-ups across the United States.

While many places are home to high-tech start-ups, this activity remains concentrated and clustered, according to the study. The report defines the high-tech sector as industries with a high share of jobs in science, technology, engineering and math using data from the National Establishment Time Series for 2010. Based on this, Hathaway measured the density of high-tech start-ups across 384 U.S. metros by their location quotient, a conventional urban metric that chart’s how a city compares to the national average, set at 1. Hathaway found that 78 metro areas had LQs greater than 1, meaning their start-up density was greater than that of the U.S. as a whole. The top 25 metros for high-tech start-up density accounted for 19 percent of all new high-tech firms across the country between 1990 and 2010, signaling just how important the tech scene has become to some small metros.

The map from the report, shown below, plots high-tech start-up density across major U.S. metros.

The table below, also culled from the report, lists the top 10 metro areas with the highest density of start-ups.

Boulder, Colorado, tops the list. Home to the state’s largest university, the city was also named the nation’s start-up capital by Business Week several years ago, and sits atop my own rankings of the nation’s most creative metros. Fort Collins, Colorado, 60 miles to the north, ranks second. San Jose, the heart of Silicon Valley, is third. Cambridge, Massachusetts; Denver and San Francisco tie for fourth. Greater Washington, D.C.; Colorado Springs; Cheyenne, Wyoming; Salt Lake City; and Corvallis, Oregon round out the top ten. This list is in line with the findings of my own series of posts on venture capital-financed start-up hubs. Silicon Valley, San Francisco and Cambridge have large volumes of venture investment, while smaller college towns like Boulder, Ann Arbor and Lawrence, Kansas rank highly in terms of venture capital investment per capita.

All in all, the metros with the largest density of high-tech start-up activity were centered mainly in well-known, highly educated tech centers, smaller university towns, and cities with strong defense or aerospace presences that are able to draw in firms in a wide range of tech industries. The study found start-ups play an especially prominent role in the economies of many of these smaller metros, including Boulder, Fort Collins-Loveland, Colorado Springs, and Grand Junction in Colorado; Corvallis and Bend in Oregon; Cheyenne, Wyoming; Huntsville, Alabama; Missoula, Montana; Sioux Falls, South Dakota; and Ames, Iowa.

The study also examined the relationship between start-up density and the growth in start-up activity. Interestingly, there was a negative correlation between the two: metros that started out with relatively low start-up densities in 2005 had the highest rates of growth between 2005 and 2010. As Hathaway puts it, “The importance of smaller regions has grown. Hightech start-up growth rates have been strongest, on average, in regions with lower densities. The opposite has been true for firms across the entire private sector, where new firm formations have been concentrated in regions with already higher levels of entrepreneurship.”

Overall, the report finds that America’s high-tech landscape is becoming, at once, both more clustered and more dispersed than ever. This rapidly evolving geography of start-up and tech hubs will continue to play a central role in America’s economic future. 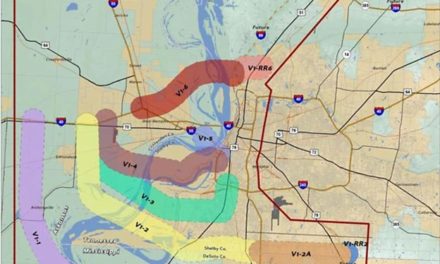