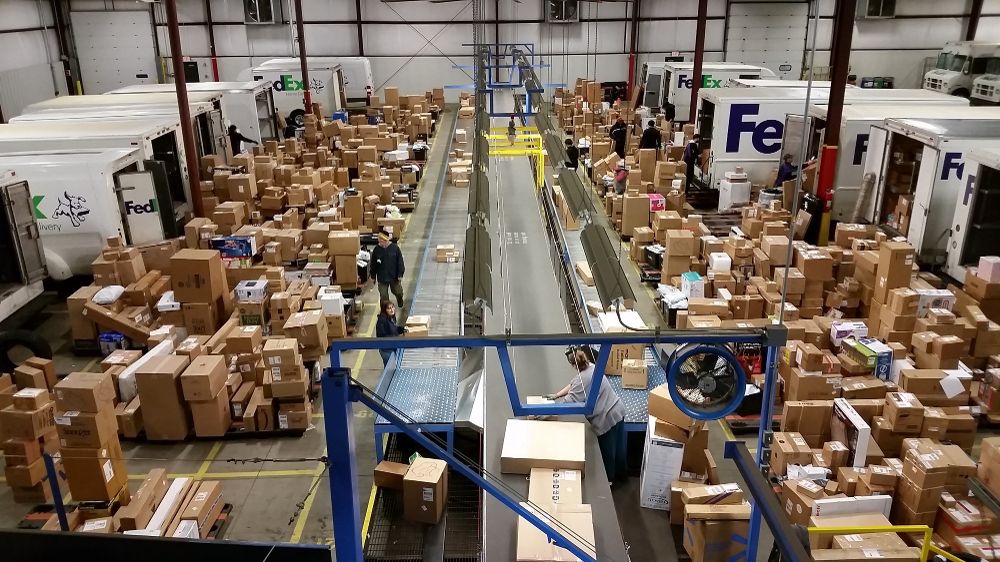 Workers at FedEx Express World Hub said they were pressured to work faster than they felt was safe. The company faces its busiest season ever, but experts worry about safety practices after the “extremely preventable” death of a temporary worker.
By Wendi C. Thomas

Fannie Stanberry had been on the job for two months as a package handler at FedEx Express’ massive World Hub when, toward the end of her overnight shift, packages started to fall from a huge shipping container that rolled past her.

As Stanberry, then 61, bent to pick up the packages, she fell and became trapped between the catwalk she’d been standing on and the wheeled platform carrying the shipping container, also known as a dolly. “I thought I was a goner,” Stanberry said. She broke eight ribs and her left arm and lacerated her liver, she said. “I had to learn how to walk over again.”

FedEx, which is headquartered in Memphis, reported the Nov. 22, 2016, incident to the Tennessee Occupational Safety and Health Administration, the agency charged with protecting workers. TOSHA asked the shipping giant to investigate itself and suggest corrections, according to state records reviewed by MLK50: Justice Through Journalism and ProPublica and reported here for the first time.

FedEx told TOSHA it would train employees on safe work methods, and the agency declared the company’s response sufficient and closed its case.

Nearly three years later, a strikingly similar incident at the same location claimed the life of Duntate Young, a 23-year-old temporary worker who’d been on the job just shy of a month. Like Stanberry, his job was to unload packages from shipping containers pulled by motorized tugs.

A worker closed but didn’t lock the vinyl door of a container, a practice that was common. When packages fell against the door, it swung open, hitting Young in the back of the leg. He fell chest first into a metal pole. The church musician, devoted father and rapper was pronounced dead at a nearby hospital.

This time, TOSHA did an on-site investigation. It concluded that FedEx was aware from Stanberry’s injury of the hazards associated with containers and the equipment ferrying them around, but that the company had not done enough to fix the problem.

FedEx, whose annual revenue tops $75 billion, was fined $7,000 in March for failing to provide a workplace “free from recognized hazards that were causing or likely to cause death or serious physical harm to employees.”

The penalty was later reduced to $5,950, after FedEx provided TOSHA with a list of measures it took to prevent similar incidents.

As FedEx faces what is its busiest season ever — delivering holiday packages and long-awaited COVID-19 vaccine doses across the country — experts say what happened to Young and the citation that resulted raise key questions about the company’s safety practices.