Contemporary American politics cannot be understood apart from the North-South divide in the U.S., as I and others have argued.  Neither can contemporary American economic debates.  The real choice facing America in the 21st century is the same one that faced it in the 19th and 20th centuries — Northernomics or Southernomics?

Northernomics is the high-road strategy of building a flourishing national economy by means of government-business cooperation and government investment in R&D, infrastructure and education.  Although this program of Hamiltonianism (named after Washington’s first Treasury secretary, Alexander Hamilton) has been championed by maverick Southerners as prominent as George Washington, Henry Clay and Abraham Lincoln (born in Kentucky to a Southern family), the building of a modern, high-tech, high-wage economy has been supported chiefly by political parties based in New England and the Midwest, from the Federalists and the Whigs through the Lincoln Republicans and today’s Northern Democrats.

Southernomics is radically different.  The purpose of the age-old economic development strategy of the Southern states has never been to allow them to compete with other states or countries on the basis of superior innovation or living standards.  Instead, for generations Southern economic policymakers have sought to secure a lucrative second-tier role for the South in the national and world economies, as a supplier of commodities like cotton and oil and gas and a source of cheap labor for footloose corporations.  This strategy of specializing in commodities and cheap labor is intended to enrich the Southern oligarchy.  It doesn’t enrich the majority of Southerners, white, black or brown, but it is not intended to.

Contrary to what is often said, the “original sin” of the South is not slavery, or even racism.  It is cheap, powerless labor.

Before 1900, the cheap labor was used to harvest export crops like cotton and lumber.  Beginning around 1900, Southern states sought to reap benefits from the new industrial economy by supplying national manufacturing companies with pools of cheap, powerless labor as well.  For a century now, Southern state economic development policies have sought to lure companies from high-wage, high-service states, by promising low wages and docile workers.  Texas Gov. Rick Perry’s recent appeals to California businesses to relocate to the Lone Star State are the most recent example.

The essence of the Southern economic model is not low taxation, but a lack of bargaining power by Southern workers of all races. Bargaining power at the bottom of the income scale is created by tight labor markets; unions; minimum wage laws combined with unemployment insurance; and social insurance, such as Social Security and Medicare and Medicaid. 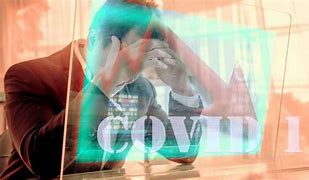