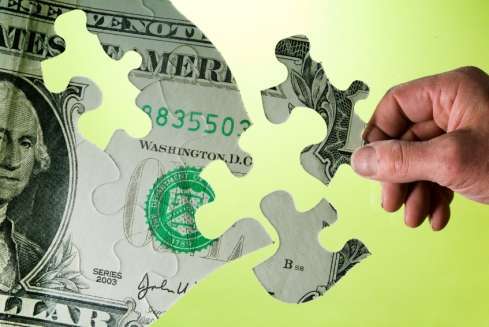 Forget the conventional wisdom, forget the talking points, and forget the comments on newspaper websites.  The real question is this: What if City of Memphis government is efficient and productive?

Yes, we know that it’s more accepted to presume that city budgets are expanding wildly, that city government is bloated, and that money is wasted at every turn.  There’s only one problem: that’s not what the evidence shows.

The only problem – it’s just not true.

There are fewer workers in city government, the city tax rate is dramatically less than it was only a few years ago, and the size of government has shrunk so much that basic services – such as libraries, parks, community centers, and public transit – are delivered on shoestring budgets.

More to the point, in light of key city services that are underfunded and undermanned, editorial writers should be asking themselves: why exactly should city government be shrinking its size in the first place?

Cutting government may be the stuff of kneejerk popular opinion, but the truth is that shrinking Memphis services more is simply a race to the bottom.  Successful cities have governments that invest in their future, provide vital services effectively, and have balanced budgets.

We don’t mean that they balance the revenues and expenditures columns of numbers, but instead, they have budgets that balance responsibilities to a variety of services that make neighborhoods more livable, give youth better options after school, and connect neighborhoods to job centers with efficient public transportation.

Memphians can pay now or pay later.  City government can pursue cheap services rather than quality services, but we’ve already seen the consequences of selling Memphis on the cheap with our economic development policies.  Doing the same with services that are crucial to the health of Memphis neighborhoods and their people is already taking its toll, and cutting budgets even more is precisely the wrong strategy for City of Memphis at this time.

As we wrote last week, when compared to its peer cities, Memphis is on the lowest rungs for funding everything but fire and police services.  For example, Memphis provides $23 in per capita funding for libraries compared to $35 in Atlanta, $37 in Nashville, $74 in Birmingham, and $78 in St. Louis. City funding for public transit falls below its peers, and it would take a $20 million increase in funding for it to move more toward the middle of its peer cities.  In a ranking of 88 cities for per capita park funding, Memphis is next to last with per capita funding of $27, compared to the overall average of $82.  As we pointed out last week, Memphis needs to invest $35 million for services like public transit, libraries, community centers, and parks to move to a respectable ranking but not nearly to the top.

Here’s the thing: City of Memphis ranks high on efficiency and productivity rankings, largely because it is delivering services at low per capita costs and doing it with a property tax rate that has been reduced from $3.43 in 2006 to its present $3.11.

Too often, in government at all levels these days, budget-cutting is treated like it’s the same thing as making government more efficient.  That’s not true.  Often, as is the case with the Memphis services we mentioned, it is the budget cuts themselves that are unraveling efficiency, because services are being provided to fewer people for fewer hours and with fewer employees.  If city government is unwilling to invest more in its own city, we wonder why we should expect businesses to do it.

We wrote several years ago that local government needs a “Department of Connecting the Dots.”  Widespread blight not only makes Memphis more unattractive, but blight results in more fires and more crimes.  And yet, the tendency is to only put more and more money into police services, which means that fighting blight has less money although it’s key to fighting crime.

Status Quo Is Not Good Enough

Budget cuts often create their own self-enforcing loop.  For example, the budget for libraries is cut 20% which means hours are cut 20%.  Then, the number of people going to libraries drops by about 20%, and the drop in usage is used as the premise for more cuts in its budget.

There seems to be the opinion by many people that libraries, community centers, parks, and public transit are luxuries that Memphis cannot afford to fund adequately.  And yet, there are children and families whose only Internet connections are in libraries, there are hundreds of thousands of people using library computers to apply for jobs, there is a rise in obesity that corresponds to the decline of the city park system, and students are using libraries as homework centers although the system’s books budget has been reduced to record lows and some science books don’t even have the correct number of planets.

Meanwhile, public transit is crucial in creating highly functioning neighborhoods where residents have efficient connections to job centers.  All of us have criticisms of MATA, but when consultants evaluated its efficiency and productivity, the system came out well, because like many city services, it’s handling a large number of people on flat or declining budget.  The evaluation also pointed out why most improvements to MATA are merely nibbling around the edges: there’s not enough money to do anything more.

Fortunately, there are city officials in both administrative and legislative branches who understand that the status quo is simply not good enough, and that Memphis needs a plan to fight for neighborhoods with better funding for services.  Even more, if Memphis is serious about competing for population, economic growth, and new residents, it can’t do it by providing marginal city services.

We know there are many theories about why people are moving out of Memphis, and one of the most popular is that people leave Memphis because of high tax rates.

There is a heavy dose of nostalgia that comes into play in these discussions, because it is often suggested that city government was so much more efficient 30 years ago.  And yet, the tax rate in 1980 when Wyeth Chandler was mayor was $3.74, and if that tax rate had kept pace with inflation, it would be $10.26 today rather than $3.11.

For us, the tax facts pretty much unravel arguments that tax rates are a primary reason for Memphis’ massive out-migration since 1980.  It also makes it pretty hard for us to accept the converse: that if the Memphis tax rate were decreased, the city suddenly would be a magnet for new residents and businesses.

Some of the most successful cities in the U.S. have the highest taxes.  What matters is the value proposition, and right or wrong, polling shows that Memphians don’t feel that they get full value from city taxes.  Cutting budgets and reducing services blast a hole in the value proposition when citizens see that the city is unable to get the basics right.

Many people complaining about the property tax rate in Memphis regularly compare it to lower tax rates in Nashville, Knoxville, and Chattanooga.  But the difference isn’t about efficiency or smarter management.  It’s merely simple math.   The Nashville property tax rate is significantly lower because the average house price is significantly higher.

The difference in home prices means that although Memphis has 28,000 more homes than Nashville, Nashville still produces $141 million more in property taxes than Memphis.  Or put another way, if Memphis had that much more in property tax revenues, its tax rate would be $1.71.  Conversely, if Nashville had to cope with a median house price of $99,000 like Memphis, its tax rate would be roughly $7.46 – or higher than the $7.15 cumulative city-county property tax rate in Memphis.

Of course, the amount of tax freezes granted to corporations equates to 40 cents on the Memphis property tax rate, or put another way, if Memphis had those property taxes, the city rate would be $2.71.

When people talk about high taxes in Memphis, they’re generally referring to the cumulative city and county tax rate, but it’s curious that they rarely mention Shelby County Government.   Some of this is rooted in racial stereotypes about a majority African-American city – and city government – but as we have written before, people who live on the east-west axis in Memphis largely have no idea how vital and important city services are on the north-south axis.

Lost on many Memphians is the fact that Memphis delivers its services at a lower per capita cost than Shelby County, Germantown, Collierville, or Bartlett.  They also don’t know that Memphis has reduced the number of employees by 214 employees in two years, but south-north Memphis sees the reduction play out in their neighborhoods every day.

What is needed is for city officials to give as much attention and expend as much energy on growth strategies as on budget-cutting tactics.  The good news is that Memphis is in the process of making these kinds of investments at The Pyramid, Sears Crosstown, Overton Square, Raleigh Springs Mall, Fairgrounds, and Whitehaven.  Best of all, by developing funding plans using a combination of innovative financing sources, City of Memphis has mitigated the impact on property taxes and mitigated its risks.

It may seem counterintuitive, but there’s never been a better time for Memphis to invest in a dramatic investment program to create new economic engines, new jobs, and new vitality.  Interest rates are at historic lows, and in creating this network of revenue-producing projects, Memphis has its best opportunities for lowering property tax rates….by increasing prosperity and economic activity.