“If you want to know the truth of a city, you need look no further than its infrastructure.”

This quotation is not an excerpt from a book by the influential urban planner Kevin Lynch; it’s dialog from Diablo III, a hugely popular computer game released last week that is a shining example of the commercial success that some video games have become.

Angry Birds and FarmVille are household names that have replaced the likes of Pac-Man and Pong, but the difference between 1972 and 2012 is in the attitude of the person holding the joystick. Pong was groundbreaking, but for its simplicity the game ultimately found its place in people’s minds as merely a silly diversion. But today, games do things — a pilot can fly an airplane with what is essentially just a video game, spectators can do esports gambling and a medical doctor can use a simulator to control surgical robots that save lives. Games can do anything these days.

At least a few lawmakers have blamed video games for contributing to youth violence and other social ills, and some bill proposals have even attempted to ban some games outright.

But the truth of the matter is that governments are finding many ways to harness the power of gaming.

A branch of UK developer Blitz Games Studios, TruSim makes realistic, educational simulators like Patient Rescue, Triage Trainer, and Interactive Trauma Trainer. Partnered with businesses and universities across the UK, the research lab’s games allows players to go through many of the decisions first responders and medical professionals must make when responding to an emergency or diagnosing a patient. Improved computer graphics of the past few years have made simulations like this viable teaching tools in the “serious games” industry.

Your city had a power outage the utility company didn’t know about until citizens started calling in. Should you spend credits on digitizing the network, improve customer service, or start offering compensation for service disruptions? As city CEO in IBM’s free-to-play online game CityOne, the player manages the city’s water, energy, retail and banking needs. The game revolves around finding how to spend limited funds in order to create a happy city with a strong economy. Though perhaps not as fun as Sim City, CityOne encourages city government to explore the dynamic of technology, infrastructure and populace, and apply what was learned to real cities.

3. Prepare for a Detour

Last year San Francisco changed eastbound traffic patterns over the Bay Bridge starting on Memorial Day. In an attempt to mitigate some of the confusion that was sure to come from changing a regularly travelled route, CalTrans, the Bay Area Toll Authority, and the California Transportation Authority created Bay Bridge Explorer, an iOS game that allows players to see how their drive will would change. The game’s release was part of a larger effort to keep the public informed about the construction of the bridge’s eastern span. The app’s newest version allows users to “drive” the new westbound traffic pattern heading into San Francisco ahead of the bridge construction’s completion in 2013.

The U.S. Army developed a popular “first-person shooter” game that focuses on cooperation and strategy called America’s Army. Also used internally for training, the Army has openly admitted the game is used for recruiting, but with a Metacritic user rating of 7.8, America’s Army is worth the free download. With tens of millions of dollars in development costs over the years, the game’s existence proves that someone at the Army is taking games seriously. As for whether the game is effective as a recruiting tool, one Metacritic reviewer commented, “I enjoyed the game but it kind of discouraged me from joining the armed forces… because I died alot. (sic)”

5. Create Your Own Game

The National Endowment for the Arts changed its guidelines last year to allow video games to receive funding. For a game to receive funding, it must meet the NEA’s definition of art and align with the organization’s goals of promoting a “high standard of excellence,” extending arts to underserved populations, encouraging professional development among artists, and fostering “community interaction in public spaces.” In other words, games funded by the NEA will be less like America’s Army and more like Walden, a game based off the novel by Thoreau.

Memo of the Week 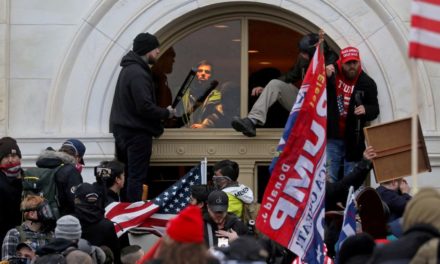