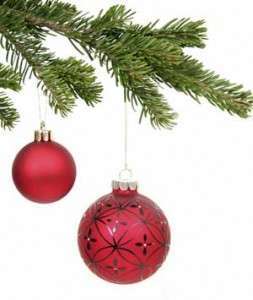 This time of the year, it’s impossible for us to not think about Peggy Edmiston, who died seven years ago.

It wasn’t the glittery Christmas sweaters, complete with blinking ornaments,  that no one else had the courage to wear.  It wasn’t the permanent collection of Christmas decorations and miniature villages that exuded a festive feeling at all times in her house.  It wasn’t the sumptuous buffet that she prepared every year for her staff and co-workers in Shelby County Government.  It wasn’t even her love of playing and singing Christmas carols on most any piano left unguarded.

No, we remember Peggy because she was one of the few people we’ve ever met whose Christmas spirit flowed from her life into her work every day of the year and who never forgot to remind us each year that we had no right to sleep contently as long as so many of our fellow citizens were in need.

Peggy was a social worker, and although she moved up to become the director of Shelby County’s Division of Community Services for 20 years, she brought a social worker’s approach to her work, fighting family by family to combat poverty, particularly  for children whose birthrights were lives of neglect and hardship.

A Lover and a Fighter

With decades of fighting for the rights of the poor in a system determined to treat them all the same, she always seem to know the precise person in multi-governmental bureaucracies that she could contact to speed up a decision or to pry loose services.

In its way, it was a concern and personal intervention that was nurtured in her childhood as the daughter of a sheriff in a rural county on the Kentucky border.  It was a simpler time, but the rural poverty could be crippling.  She saw the results first hand as she and her mother delivered meals to the inmates in her father’s jail each day.

She took people’s suffering personally.  No one was a statistic or case number. There was never any one that she wasn’t willing to help, and because of it, she spent 12-14 hours a day answering calls for help.  She was on the speed dial for every elected official, and the late Collierville Mayor Herman Wright Cox was not overstating it when he called her “his personal social worker.”

We think of her often because she was a dear friend, but we think of her especially during the Christmas holidays.  That’s because we hear her voice in our ears each year, admonishing us for our “Christmas basket mentality.”

It’s the reason she resisted the delivery of holiday food baskets, saying they were more about our own self-satisfaction than in changing the lives of the poor.  “It’s all about us feeling good,” she would say.  “We feel good because we fed a family one meal a year.  So what do the other 364 days of the year?  When some members of a former church proposed a mission trip to a “third world country,” she said: “We don’t need to travel 3,000 miles to a third world nation.  Give me 15 minutes and I’ll drive you to one.”

Peggy died in September, 2003, after serving as an administrator for Shelby County for 27 years.  To all of us who knew her, we were not overstating it when we said that she gave her life to the people of this country.  After working full-time for so long on so many problems, her body just gave out.  She was 62 years old.

So, we think of Peggy at Christmastime, and we know how disappointed she would be in the way that our thorniest problems of poverty have gotten even worse since her death.

Most of the 150,533 people in Memphis living in poverty can be found in this arc of need.

And it’s getting worse.

Caught in a Vise

There are 20,500 more people living in poverty now than in 2000.  One in four Memphians are poor, but for our children, it’s more than one in three (and 20% of them have lived in a different home than they did a year earlier). Child poverty is twice the national rate and the highest in the South.  Two out of three children born in Memphis are to single unwed mothers.

About 34% of the Memphis population is out of the job market – either unemployed or out of the market so long they’re no longer counted in the unemployment rate.   Twenty per cent of Memphis families live on less than $8,700 a year, and Memphis is the most economically segregated metro of the largest 52 metros.  Since 2000, the number of vacant housing units has more than doubled, and today 20% of the houses are vacant.

But the citywide averages obscure the depths of the real problem.

Just think: if the city’s poverty rate is about 25%, it means that in some census tracts in Memphis, the poverty rate is more than twice that high.  In these census tracts, people with jobs are the exception, children with fathers living in the home are unusual, more than half the homes are unoccupied, crime is a constant threat, the underground economy is the only economy that matters and a boy is more likely to end up in jail than in a college graduation line.

It is an environment without choices and where hopelessness is a constant companion.  Worst of all, in the quality of public services and facilities, the residents of this “C” of poverty are sent the message every day that they have little value in their own hometown.

In other words, we have heard a great deal about the dire infant mortality rates in some Memphis neighborhoods, but in the same neighborhoods, if a person survives birth, they are destined for a shorter life expectancy.

Meanwhile, in 15 zip codes, the infant mortality rates are higher than 15%, reaching as high as 34.4%, and all this despite unprecedented attention by state and local officials.   The percentage of low birth weight babies and pre-term infants and the percentage of births to teen mothers follow the same “C.”

So, there’s no secret where our poor fellow citizens are living.  There is no secret about the kinds of lives they are living in the out-of-the-way places that we never visit.  Like Peggy, we are grateful for Memphians who travel to third world countries where they can improve the lives of their people, but we hope that our churches will give equal attention to finding the mission field that exists in their own back yards.

Hopefully, if we make a collective Christmas wish this year, let it be that we will finally get dead serious about attacking Memphis’ poverty.  It is our single most difficult problem, but it is also the problem that will define our destiny as a city.

As long as we are content to have this “city within a city,” we put the future of Memphis on the line.  With a new city mayor and a new “City of Choice” process being developed by city government, the time is right for a concentrated, concerted, collaborative attack on poverty.

We kid ourselves if we think that we can simply ignore poverty and expect Memphis to succeed in the future.  If we do nothing to reverse the trajectory of this city, we ordain ourselves to the lower rungs of U.S. cities. As long as 30% of our people are not in the economic mainstream, we pay a heavy price for neglect of the problem that we have for so long ignored.

So how do we begin?  We should start by insisting that every policy, every program and every investment is seen through one lens — reducing Memphis poverty and creating a culture of opportunity in ever neighborhood.  We can’t think of a better tribute to Peggy than that.