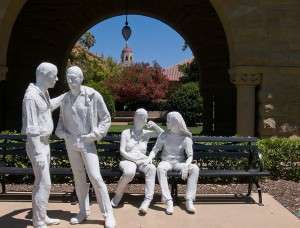 The Center City Commission recently had its all-boards retreat and took inventory of its priorities and objectives.

Paul Morris, new Commission president, suggested that it might be time for the city-county agency to change its name, and it’s an idea that deserves to be seriously pursued.  Many downtown redevelopment agencies include terms like “authority,” “partnership,” and “alliance.”  A few agencies include aspirational terms like “renaissance,” “visions,” and “renewal.”  We like something like Downtown Memphis Partnership, but regardless, Mr. Morris is right about bringing the name brought current.

More to the point, marketing is a major priority for Center City Commission, but in addition to telling how cool and interesting downtown Memphis is, we have to support a Center City Commission that is creating the reality of a cool, interesting downtown, and that means that we’ve got to get serious about place-making, the physical condition, and the vibe.  As we all know, the most damaging kind of marketing is selling a product that doesn’t live up to its promises.

Meanwhile, as the Center City Commission boards consider their list of priorities, here are 10 that came quickly to mind for us, but we invite you to send in yours as well:

We badly need an urban design ethos for downtown Memphis.  Come to think of it, we need one for the entire city, but there’s no more appropriate place to begin than downtown.  There is now little sense of design but rather a hodgepodge of ideas from an assortment of city agencies doing their own thing.  There are the trolley signs that are eyesores, there are various signs that have no rhyme or reason in their graphic design, there are benches in downtown parks that face away from the river, there is landscaping dwarfed by oversized containers, there are ugly garbage receptacles, there are broken bricks bordering the trolley tracks up and down Main Street, there are large utility boxes scattered all over downtown (blocking sidewalks and serving as an ugly reminder of city government’s disregard for aesthetics), and just a general lack of design concern that could heighten downtown’s special sense of place.

It’s time for City of Memphis to treat downtown Memphis like every other neighborhood in our city and accept responsibility for its infrastructure.  About 10 years ago, with downtown infrastructure crumbling, City Hall notified the Center City Commission that city government would no longer be responsible for it.  Put another way, the $1 billion city government dumped responsibilities for downtown infrastructure on an agency whose annual budget is about 0.6% – six-tenths of one percent – of its parent government.  Faced with such a daunting challenge, Center City Commission has been able to fund about $6 million in capital improvements in an 80-block area by leveraging the extension of its tax freezes.  That only leaves $113.4 million in improvements that have now been needed for years – to address deteriorated sidewalks and alleys; construction of new curbs, gutters, sidewalks and ADA compliant access ramps at street corners; and new lighting, street trees, trees grates, trash cans and benches.

It’s time to think differently about the blocks and blocks of buildings with vacant first floors reminding everyone visiting downtown that it’s still a pretty tenuous place.  We need to encourage short-term agreements with artists who could be seen working or kiosks of retailers selling products made in Memphis.  We need to consider incentives like those for entrepreneurs and creative industries given by Create Denver.  We need to pursue state legislation that exempts artwork created in a Downtown Arts District (contiguous with CBID) and modeled after Rhode Island’s Tax-Free Arts Districts. There, artists who live and work in the district don’t pay state sales tax and other taxes on work created and sold in the district, and galleries in the district don’t pay state taxes of any kind for one-of-a-kind artwork.

As part of our work with a city in Florida, a policy was implemented that required commitment to artists as part of every payment-in-lieu-of-taxes or bond issue to support private development.  For example, every condominium that receives city support is now required to set aside a specific number of units on ground floor (depending on the size of the project) for subsidized artist live/work space.  Or space could be set aside for public agencies that need easier access or non-City Hall space.

Get Rid of Garish Garages

We need to develop a plan to rid downtown of the ugly garages that are remnants from the days when the riverfront was considered dispensable and irrelevant.  Today, they send the message that we are not yet serious about riverfront improvements and making our front door as spectacular as the river views that it offers.  There are innovative ways to blow up the present garages and innovatively finance new garages that could be constructed underground, opening up views to the river and giving us more greenspace on the riverfront.

Get on with Memphis Art Park

Memphis Arts Park sums up well the reason that its potential excites us: it will create a community arts center and public art park in downtown Memphis; incubate, empower, and showcase our city’s emerging filmmakers, musicians, dancers, performing artists & visual artists; serve as a collaborative forum for local artists, arts groups & entrepreneurs; congregate and connect on its “campus” a variety of arts-focused entities whose common mission is artist support and development; offer arts education and community outreach programs for children; and provide an engaging public destination to enjoy our city’s emerging art.  It’s time to get it done.

Turn the Trolley into Transportation

It’s time to turn the trolley from a postcard to real transportation.  It’s revealing how many people who live and work downtown and don’t ever board the trolley.  We have friends who live in South Main that still drive their cars to the other end of Main Street because they can’t depend on the trolley being there when they need to leave for work or that it will show up on any kind of reliable schedule for the trip back home.  Reliability and convenience are two qualities of good transportation.  Both are generally lacking with the trolley, which remains largely a photo op for visitors to downtown, which serious transportation needs remain unaddressed.

Urban Art for an Urban Scene

Downtown should be a showplace of public art, and it’s time for the Center City Commission to develop a plan with the UrbanArt Commission that is ambitious and bold.  We’ve had a longtime dream of George Segal-type sculptures around downtown that capture the heroes of Memphis history.  For example, in Court Square, there could be Furry Lewis or Justin Timberlake’s likeness sitting on a park bench or the founders of Memphis standing on the bluffs as they did when they named our city for the mystical Egyptian city.  We need to use public art to create surprising treats for the downtown experience.

Another favorite idea of ours has been for the Center City Commission to assemble teams of 4-6 people who would walk through downtown and forward a list of recommendations and observations to Center City Commission about what’s right and what’s not.  For example, they could submit ways to improve the experience, the environment, the signage, or anything else that strikes their fancy.  It’s a way to bring fresh eyes to downtown and to enlist people who are passionate about it to be more involved and invested in their neighborhood.

The swelling number of politicians on the Center City Commission has done nothing so much as undermine the culture of entrepreneurship and the private sector-driven agenda that are crucial to the success of the agency.  The politicizing of the Center City Commission created a high hurdle that it had to clear every time that it wants to adopt a priority, make a business incentive and close a deal.  In other words, as more and more city, county, and state officials were added to the Center City Commission, it became the antithesis of the kind of agency that downtown needed, one that is decisive, bold and innovative. More and more, the 10 brave souls who represented the private sector were shouted down or forced to play uncomfortably in a political world as foreign to them as the Alba Patera Quadrangle of Mars.