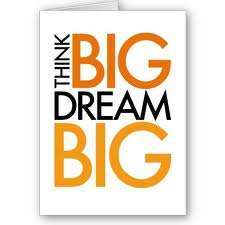 The cast of characters in suburban politics would flunk a remedial course in elementary logic.

Here’s the syllogism they offer up:

One, Shelby County Schools are superior to Memphis City Schools and the paragon of exceptional education.

Two, our only concern is about the kids and getting them a quality education.

Therefore, we will do whatever we can to keep those Memphis students out of our district.

We just don’t understand.  If their methods are better and if their teaching is so exceptional, they shouldn’t hide their light under a basket.  They should step up to lead us out of the wilderness on a journey to the Promised Land where the best education in Tennessee is supposedly found.

All of this reminds us of the time years ago at a Leadership Memphis meeting when a former mayor of Germantown told the class that Shelby County Schools simply had “the answer” to student performance.  And because of this, he said, if the principal of Germantown High Schools was moved to Northside High School, the city school would have the same student achievement as the suburban school.

The class laughed so loudly that it was hard to hear the rest of what he was saying, but it’s pretty obvious that Shelby County Schools believes that it knows the secrets to better education.  We just don’t understand why they don’t want to share.

It’s About The Kids, We Promise

You do have to give the suburban politicians credit for staying on message, even if it is logically fallacious and intellectually dishonest.  A good example was interviews by Tennessee Senator Brian Kelsey following the vote by the city board to surrender their district’s charter, he said his proposed bill to punish Memphis City Schools for its audacity in voting to control its own destiny was actually only intended to protect the education of those Memphis students.

It was those students that he’s really concerned about, but not enough to say that Shelby County Schools should share its magic potion to help children unlucky enough, through a coincidence of birth, that they can’t be part of the chosen few.

We suspect that all these talking points may sound good on their conference call, but somehow, seeing him and the rest of the county cabal as saviors of urban education would be just as mind-blowing as expecting Memphis City Schools Board of Commissioners to stand by while Shelby County Schools Chairman David Pickler achieved his dream of a special school district.  He and others can try to recast history and act like he’s never been an enemy of Memphis City Schools, but it’s just not true.

His first scenario for Shelby County Schools has long been for it to have taxing authority and to remove the Shelby County Board of Commissioners from the funding approval process.  He may be engaged in an exercise in revisionist history today by saying he was never trying to attack ADA funding or that he was never trying to eliminate county commissioners’ votes on school funding, but the record speaks for itself.

For lovers of irony, it doesn’t get much better than this.  It’s absolutely Shakespearean, as the protagonist is undone by his own obsession rather than what he was worried about in the first place.  In his blind fixation on special school district as the trump card for consolidation, Mr. Pickler put the hold cards into the hands of Memphis City Schools and he could ultimately be the reason for the consolidation that he so abhors.

Who would have thought that only weeks after the stinging defeat of city-county consolidation that business as usual could be so thoroughly turned upside down by five courageous members of Memphis City Schools Board of Commissioners?  Of course, Mr. Pickler shifts to his default setting – that all of this was part of the grand conspiracy to consolidate governments.

It’s a symptom of his desperation to find a scapegoat (at a time when he’s been bruised from all sides) for a crisis of his own making.  Despite his comments, anyone who thinks that consolidating schools will lead in short order to the consolidation of city and county governments needs to log on to the Election Commission’s website and revisit the election results.

Removing schools once and for all from the debate about consolidating government does not improve the odds for passage at the polls.  Despite his customary “sky is falling” rhetoric about gigantic tax increases, about research findings showing that size matters, and about the deteriorating of public education, this is instead an opportunity to recalibrate our schools to align with human capital, economic development, and other priorities.

That’s why we hope that Memphis City Schools Board President Freda Williams was misquoted when a reporter said that she planned to campaign to defeat charter surrender at the polls.  If she is looking for the way to usher in the worst nightmares of her district, this would be it.  The board has put all the chips on the table and if the referendum fails, things don’t just go back to what they were.

Rather, an emboldened Shelby County Schools will have newfound power to pass whatever bill that they want at the Tennessee Legislature, and Mr. Pickler may even go back to an earlier incarnation of his special school district amendment, the one with taxing authority and state legislators approving the county district’s budget.

It is now in every Memphians’ self-interest to do what they can to approve the charter surrender, because after all, a crisis is a terrible thing to waste.  More to the point, one man’s crisis is another man’s opportunity, and this is the opportunity in more than 100 years to reimagine what our public education system should look like.

Yes, there are seminal questions to be answered, because there is no aspect of state law that is murkier or more confusing.  That’s why the biggest need that we have right now is an honest broker to act as a reliable source of information and as a statesman leading the thinking for what will happen when the charter surrender is approved by the voters.

We suspect that in the coming weeks, we’ll hear a lot of ideas from Shelby County Schools and their allies, –ranging from shutting down schools to gutting existing contracts with teachers — that are designed to strike fear into the hearts of Memphis voters.  It’s begun in a small way already with Shelby County Schools current board and superintendent acting like they’ll be unilaterally making all the crucial decisions.

The truth is that they can say and do whatever they want, but it can all be undone by a new countywide elected board that will replace the current all-white Shelby County Schools Board.  In other words, the period between the referendum and the election of a new board is a time to get the structure right, to align financial and operational systems, and to keep things in motion.

In this way, the most accurate description of the role of the present board and superintendent of Shelby County Schools is now caretaker for a new district rather than as undertaker for Memphis City Schools.

Hopefully, they can rise to the challenge and invest their energy in getting the new district right than in continuing their political fight to keep the walls between us.

Beale Street Landing Appropriation Is Positive Sign For The Future

Cutting The Threads In Memphis Neighborhoods

Don’t Confuse Me With The Facts, My Mind’s Made Up