Sometimes it’s easy to feel sympathy for our elected officials who, spending their lives in the hothouse that is Memphis politics, try to do something to show action, and in the end, it does just the opposite.

That’s what we thought when we read The Commercial Appeal article about today’s high-profile press conference on yet another crime prevention “initiative” for our community.

While intentions were good, and participants candidly acknowledged that they were reacting to the growing community outcry about rising crime, the public probably would have reacted better if the news coverage was to announce the results of actions that had already been taken, rather than about multi-layered plans for the future and a summit six months from now.

The plan, dubbed Operation Safe Community (if government wants to save money, it should shut down the committee that comes up with these names), was replete with buzzwords and stern talk, but in the end, it was lost on the participants that another press conference might not be the most effective way to send the message that we’re getting tough on crime.

After all, many of these same elected officials have had press conference in previous years on some of these same issues, notably Attorney General Bill Gibbons, who has been firing off press releases claiming credit for cracking down on gangs and domestic violence for years now.

Much of the “ambitious anti-crime initiative” seemed to be new packaging for favorite agenda items – reinstatement of the domestic violence court, a push for more and more gun crime laws, attacks on gangs and help from faith-based programs. There was something for everyone, and since The Commercial Appeal published an editorial praising the effort on the same day that the press conference story was printed, it’s pretty clear that the initiative will have a big-time cheerleader behind it.

Watching the elected officials announce that the program will make Memphis one of the safest communities of its size in the nation by the end of the decade, it was hard not to think it’s too bad that the announcement wasn’t made in the last decade, because some of leaders were in office then, too. Perhaps that why Attorney General Gibbons and Mayor Willie W. Herenton were happy to let new U.S. Attorney General David Kustoff take the lead, and that was good news, because he brings some fresh eyes and new thinking to these strategies.

While others were handing out bromides like “together, the community has the resources to fix it… we just need to engage the community” and “it’s going to take the rest of the community to step in,” Mr. Kustoff spoke directly, admitting there are “no easy, push-button answers.” Just telling the public like it is seems to be a dying art form, but the U.S. Attorney’s candor is refreshing and encouraging.

There is broad consensus and concern within the political community that the public is fed up with crime. They are tired of the level of crime that they have to accept as a normal part of their lives. They are tired of police officers treating stolen cars as our birthright and unworthy of finger printing.

Most of all, the public doesn’t want to be told that they are the answers to fighting crime. They are paying more than $250 million a year for law enforcement and criminal justice, and simply put, they want something to show for the investment.

There are a number of things that can be done that would produce a much-needed boost in public confidence for its law enforcement agencies, chiefly visible enforcement and some press conferences about actual results of new programs, rather than announcements about new plans.

The depth of public cynicism is as deep as most observers have ever seen it. Hopefully, elected officials will downplay press conferences and press releases, and perhaps even forego plans for another summit.

The sentiment of the public is unmistakable. They want to see action and results. Just do something, anything, they say, and hopefully, somebody at the podium is listening. So much is riding on it.

Report: Half School Kids in South Are Poor 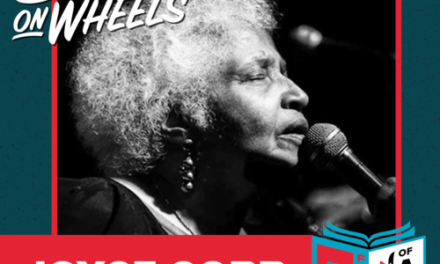 5 Fridays of Jazz Is Back And Kicks Off Tomorrow