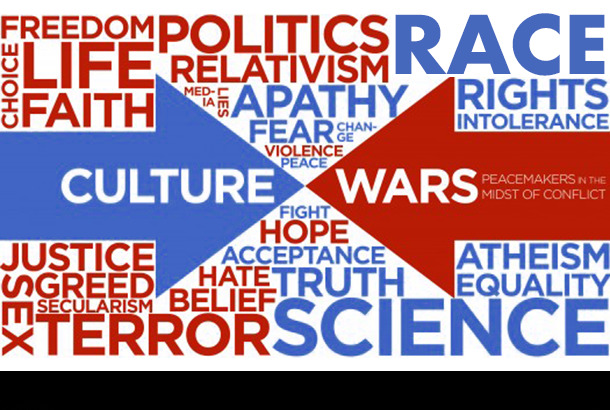 Confidence in American institutions is at a new low, and it’s no wonder.

We have seen – and continue to see – a systematic, sustained, and deliberate campaign to attack and erode U.S. institutions as part of a right wing political movement as rich as it is radical.

The roots of the attacks were laid a couple of decades ago but they were accelerated by President Donald Trump whose political power was based on shredding institutions that have been the foundation of the United States for generations.

The Republican Party that we thought we knew when we grew up is now beyond recognition, becoming a cult mobilized by grievances, conspiracies, and outright lies.  Its concerted victimhood and blitzkrieg against national institutions is pursuing the only nation where they can succeed – one that is deeply polarized and that allows their minority to have influence beyond its numbers.

The military has been attacked and undermined.

The police, FBI, and Department of Justice have been attacked and undermined.

The medical system and doctors have been attacked and undermined.

Public schools and teachers have been attacked and undermined.

Newspapers and the news media have been attacked and undermined.

The criminal justice system and the courts have been attacked and undermined.

The sanctity of the ballot box and the coveted freedom to vote have been attacked and undermined.

Elections have been attacked and undermined.

Our system of government has been attacked and undermined.

U.S. intelligence agencies have been attacked and undermined.

Government checks and balances have been attacked and undermined.

Transparency in government has been attacked and undermined.

International alliances have been attacked and undermined.

Science has been attacked and undermined – from vaccines to climate change.

The GOP Is Dead

It’s little wonder that the United States faces a constitutional crisis and why so many of us worry whether democracy can survive this onslaught of a movement that transformed the Grand Old Party into one envious of authoritarian governments and pursues Christian nationalistic visions of government.

The peddling of misinformation, the scapegoating, the racism, the manufactured outrage, the personal smears, and the dark money propping up the far right extremist networks are dangers not fully understood by most Americans who are busy living their own lives.  As a result, we are often like the frog in the pot that fails to notice that it is boiling to death as the stove temperature rises.

Perhaps voters in Kansas who voted down a change in the state constitution to remove the right to an abortion are an optimistic sign that Americans are waking up and recognizing the extremist agenda being pushed by politicians and pundits clinging desperately to their power in a country where White, straight, Christian men call the plays and set the rules.

The cynicism propping up this attack on our institutions like public education is staggering.  It is difficult to imagine how politicians – regardless of how power hungry they are – are willing to put teachers and schools in their crosshairs with the fake issue of Critical Race Theory, the grooming of students, and books that need to be banned in the classroom and school library, stances opposed by the majority of Americans who oppose the crazy rhetoric, the acting out at school board meetings, and the mistreatment of teachers.

But it’s not enough for us to just shake our head at these actions which call up images of right wing dictators throughout history, because this war on schools and teachers is dangerous and it affects every one of us.

Teachers have been threads binding together our communities (and our own lives), fighting for the education of every child and preparing them for a world of diversity, are now coping with a vocal minority who want to make classrooms battlegrounds for their culture wars.

All of these attacks have led to an increase of threats to teachers and school boards – on social media, in person, in meetings, and screaming matches in school parking lots.  Teachers in Texas and California were assaulted for wearing masks and some men in Arizona were charged with trying to abduct an elementary school principal for following COVID-19 guidelines.  That’s not even mentioning the call for students to slap their teachers and record the assaults.

And when U.S. Attorney General Merrick Garland said he would meet with law enforcement offices to discuss how to address the threats, Republican Congress members immediately labeled it as an attack on the First Amendment and Nazi-type actions although Mr. Garland was clearly talking about serious threats of violence.

It’s easy to imagine Republicans’ reaction if Black Lives Matter activists had made similar comments in public meetings.  The irony is that the right wing invokes the First Amendment at the same time they seek to take away those same rights from teachers.

The crocodile tears about White children getting their feelings hurt in history lessons about race has led to efforts to ban books and eliminate the New York Times’ exemplary 1619 report from being discussed. The suggestion that teachers are systematically grooming children for pedophiles and to change their genders is the crassest indication of how far these people will go to excite others with their phony culture wars agenda.

Although these protests are funded by a network of dark money groups and far-right operatives like Independent Women’s Voice (IWV), Parents Defending Education, and Moms for Liberty,  ratcheting up misinformation to fuel fear and to power culture wars for political gain, the Trump cult and its TV talking heads claim the demonstrations are merely the grassroots actions of concerned parents.   Many of these groups funded by dark money are helmed by former members of the Trump Administration or people in the Trump orbit who have as their objective to take over school boards across the U.S.

Meanwhile, 28 states, including Tennessee, have attempted to restrict education on racism, bias, and the contributions of specific racial groups.  The legislation being passed is promoted as model laws by far-right groups like the Heritage Foundation and Citizens for Renewing America.

It is tempting to think these conservative extremists are all sound and fury signifying nothing, but that thought was eliminated conclusively when the packing of the U.S. Supreme Court resulted in the overturning of Roe v. Wade despite overwhelming support by Americans for abortion rights.

It was the most visible indication of the movement by special interest groups seeking a country that mirrors beliefs of evangelical Christians.  The Supreme Court had previously favored religion in 81% of cases of the Roberts court that involved religion – allowing Christians to refuse LGBT+ customers or customers seeking contraception, allowing football coaches to engage in coercive prayers in the middle of the field, and allowing taxpayer money to be used to support faith-based schools.

Any pretense that theocracy is not part of this was laid bare when the author of the Roe v. Wade, Justice Samuel Alito, gave a faith-based speech at a faith-based event said:

“The problem that looms is not just indifference to religion.  It’s not the ignorance about religion.  There’s also growing hostility to religion or at least the traditional religious beliefs that are contrary to the new moral code that is ascendant in some sectors.”

It is difficult to imagine that there would come a day when a Supreme Court justice sees his purpose as defending religion or fighting against a more secular society.  It is fine that he is an ardent Catholic; it is not fine when he allows that to drive his legal opinions.

It is an aberration

Senator John McCain once said proudly that the Republic Party kept the “wacko birds” at a distance.  Nowadays, they are on the Supreme Court.

However, Alito’s anti-abortion opinion was also the culmination of a persistent political movement to break down the wall between church and state, including reversing the Supreme Court opinion authorizing same-sex marriage, and ending abortion.  The Alliance Defending Freedom (ADF, Pacific Justice Institute, Freedom of Conscience Defense Fund, the National Legal Foundation, and the Christian Legal Society spend about $100 million a year with the goal of dismantling America’s longtime separation of church and state.  The ambition of the Blackstone Center, ADF’s learning center, is to “recover the robust Christendomic theology of the 3rd, 4th, and 5th centuries.”

These Are Your Heroes?

While the Federalist Society was feeding Trump the names of right wing justices and Senator Mitch McConnell was changing the rules in the middle the game to get them appointed, the right wing organizations were able to get a series of legal opinions that expanded the rights of Christians at the expense of individual liberty and privacy.

This column is only about a couple of the areas that are under attack by those intent on fundamentally changing our democracy.  Each of the areas mentioned at the beginning of this post has a story just as complex and disturbing as the ones I focused on.  I’ll likely come back to them in future posts.

All in all, it’s little wonder that many of the Trumpists and the Conservative Political Action Conference (CPAC) using the culture wars to camouflage authoritarian goals consider Hungarian Prime Minister Victor Orban and Brazilian president Jair Bolsonaro as the models for their ambitions.

The pessimistic among us already believe that the cult that was once the Republican Party already is turning American into Hungary.  The ultimate tragedy is that they are proud to be doing it. 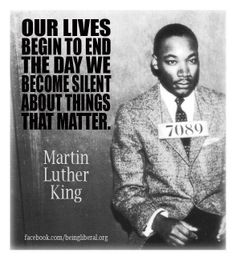 Are Diversity and Community Attainable?