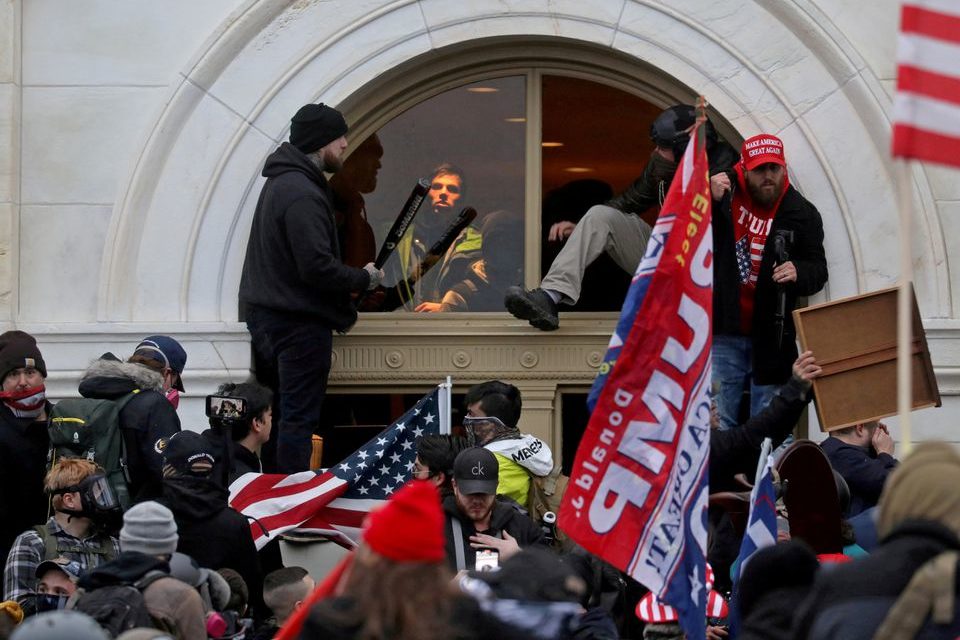 Contrary to Tucker Carlson’s latest fiction, the problems in American are not because of a testosterone deficit.

Right wing activists like Carlson believe there is a crisis of masculinity in the U.S. caused by lower testosterone levels.  Conversely, they see progressive men – those who support feminism, who believe in sharing housework and child-raising duties, who recycle, who preach tolerance, and who call on a kinder, more caring nation – as the byproduct of low levels of testosterone.

The idea has become such right wing orthodoxy that President Trump even revealed his testosterone level on television to Dr. Oz to the ovation of the audience.

However, before men follow Carlson’s program’s advice and tan their testicles, let’s acknowledge that as is often the case with his demagoguery, the exact opposite  about testosterone is true.

Ask just about any woman.

Testosterone is linked to aggression, risk-taking and responses to perceived threats, Duke University researchers have said.  Research shows that men’s testosterone levels increase in sports matches and competitions.  Those competitions now include all manner of political combat.

We see one example in the debate about guns to the point that asking men to have permits to carry a handgun – or to forego carrying them into hospitals, movie theaters, and groceries – is simply considered too outrageous to even consider.

Clearly, carrying a gun and owning assault weapons simply fill too many men with self-importance and status.  Even in the wake of yet more massacres – 66 school shootings in the past 18 months – they’ll cling to their guns and bolstered by a burst of testosterone, they’ll claim that the writers of the Second Amendment actually wanted to protect weapons the founders could not have even imagined in 1791.

This is not to say that testosterone levels don’t matter at all.  They are important to not just physical development but also they help with energy and mood.  Unfortunately, the obsession in testosterone today is more about being able to win a political fight…and almost anything can become a political fight.

A “Real Man” Attacks Others

But the link between testosterone and lethal hardware is not the only example of where the male hormone means that the wrong head is doing the thinking.   Too many men, an insult about low testosterone is something to throw at leaders who are empathetic, intellectual, or thoughtful.

Accusing a political rival of having low testosterone – as Matt Gaetz has done – is tantamount to saying he’s not a real man. As the North Carolina lieutenant governor said recently in a Christian church, Christians are “called to be led by men.”  He said when it was time to face Goliath, God sent out David, not Davita, and called on Daddy Moses, not Momma Moses, to lead the Israelites out of Egypt.

He went on to attack social justice as a movement by liberals unsupported by the gospel of Jesus and people invested in it are “on their way to hell.”

It’s curious how intentionally ignorant men like him are of Biblical history.  Somehow, they can’t grasp that fact that a man of peace in ancient Israel who attacked the policies of powerful religious leaders, who summoned more support for the poor, the needy, and the immigrant, who threatened the power structure, and who launched a revolutionary movement for the “kingdom of God” was actually the personification of social justice.

It’s no surprise that only days after the mass killing of 19 children and two teachers in Uvalde, the same lieutenant governor was speaking at the National Rifle Association meeting as he hoped to display his manliness yet again.

Manliness for men like him is demonstrated in saying outrageous things while telling us what God wants.  It’s tantamount to a “testosterone high.”

But unknowingly, he called attention to a feature of the high testosterone movement: its dominance in the Christian white nationalist movement.  It’s seen in the regular attacks on women’s rights to control not just their own bodies but their own lives.  It’s seen in hate-fueled attacks on people who are LGBTQ.  It’s seen in attacks on “soy boys,” men who are vegans whose testosterone levels are lower because of what they eat (or don’t eat).  It’s seen in “don’t say gay” and anti-transexual legislation. It’s also seen in coverups in Christian religions, most recently, the Southern Baptist Convention, to protect other men and the institution rather than protect the individuals hurt by sexual abuse.

All in all, it’s an oafish attempt to feel superior and mock political opponents.

Threats to our Democracy

Science has shown that testosterone has been on the decline for more than a decade. But right wing extremists have turned the problem of lower testosterone into a crisis of masculinity. For those who worry about their testosterone, the Make American Great Again was all about taking back control and putting not just White Americans first but White American men first.

And it allowed the most extreme examples of this group, the Proud Boys, Oath Keepers, and Boogaloo Boys, to not only come out from under their rocks but it allowed them to physically assault opponents and even the U.S. Capitol.

It once was easy to ignore and dismiss with satirical words like meninism but it’s much too serious for that now.  The men who think they play their “real man” card by attacking democratic institutions, Planned Parenthood, Black Lives Matter, LGBTQ, and most anything that is not white, straight, and Christian fundamentalists are no longer curiosities.

People like Carlson, in their parallel universe, somehow believe that increasing testosterone can be their answer to open borders, mask requirements, climate change worries, bigger government, high taxes, and welfare.  Unsurprisingly, when the subject turns to the uptick in violent crime, Carlson is mute on the subject of testosterone.

The combination of testosterone and extreme right wing politics are constant and visible threats to the American way of life and our democracy.  And yet, today, they are defended by Republican leadership, Christian fundamentalist ministers, right wing think tanks, the right wing media machine, and the U.S. Supreme Court.

Supreme Court opinions this month will inevitably erode the America we thought we knew and are likely to embolden the testosterone-obsessed minority of men to believe that their day is here and to harden their attitudes, approaches, and rhetoric even more.

Join us at the Smart City Memphis Facebook page for articles, reports, and commentaries relevant to Memphis.

Amendment 1 Is Wrong For So Many Reasons