From The New Republic:

THE GOP IS supposed to pretend that its 2012 strategy doesn’t include the systematic disenfranchisement of lower-income blacks and Latinos. But in June, Mike Turzai, Republican majority leader of the Pennsylvania House, blew his party’s cover by blurting out: “Voter ID, which is going to allow Governor [Mitt] Romney to win the state of Pennsylvania? Done.” The press was jubilant. It was as if Koch Enterprises had acknowledged global warming.

Since at least 2008, when minority voters gave Barack Obama his victory margin––Obama won only 43 percent of the white vote––Republicans have increasingly relied on voter suppression to counterbalance the steady shrinkage of America’s white majority. Former Florida GOP Chairman Jim Greer (currently under indictment for stealing party funds) stated in a deposition released in July that a 2009 party meeting included discussion of “voter suppression and keeping blacks from voting.” In December, Paul Schurick, a top aide to former Maryland Governor Bob Ehrlich, was convicted of election fraud for using automated phone calls to suppress the African American vote during Ehrlich’s unsuccessful 2010 bid. “The first and most desired outcome is voter suppression,” stated one consultant’s memo entered into evidence. It described a “Schurick Doctrine” to “promote confusion, emotionalism and frustration among African American Democrats.”

Most of the disenfranchisement is less obviously crude and presented to the public as hygienic electoral reform. But the pathogens it seeks to remove are African Americans, Latinos, and other lower-income folks who resist voting Republican. You’ve probably heard something about it, but Turzai’s gaffe invites us to review, with open eyes, how this racket actually works. It’s an obscenity no longer hiding in plain sight.

Voter ID. The preeminent tool. Attorney General Eric Holder has correctly likened voter ID laws, which have passed in 33 states, to poll taxes. Their popularity derives from their reasonableness. Why shouldn’t we prevent imposters from committing electoral identity theft? Because it solves a nonexistent problem. New York University Law School’s Brennan Center for Justice calculates the incidence of individual voter fraud to be literally equivalent to the incidence of individual Americans getting struck by lightning.

What voter ID laws are useful for is reducing voter participation by you know who. Requiring an unexpired government-issued ID, a bank statement, or a utility bill is good. Requiring an unexpired government-issued photo ID, such as a driver’s license or a passport, is better, because about 25 percent of African Americans and 16 percent of Latinos don’t have any––as against 11 percent of the general population. The nine states with the strictest photo ID requirements are mostly rural, which means the government offices where such ID can be obtained are likelier to be far away and to keep irregular hours. The Woodville, Mississippi office is open only on the second Thursday of every month. Wisconsin’s Sauk City office is open only on the fifth Wednesday of every month, and since eight months in 2012 don’t even have a fifth Wednesday, the office will open its doors only four days this year.

Voter registration. Before you vote, you have to register. Five states now require proof of citizenship with an unexpired passport (something fewer than one-third of Americans possess) or a birth certificate or a naturalization certificate (to which about 7 percent lack easy access). Since acquiring these documents can easily cost as much as $100, this requirement has the virtue of weeding out both legal immigrants and the native-born poor. The ostensible target is undocumented immigrants, but they have even less incentive to commit voter fraud than American citizens do: In addition to steep fines and imprisonment, they’d risk deportation.

Another tactic, favored in Texas and Florida, is to target nonprofit groups that conduct voter-registration drives (the League of Women Voters, the National Association for the Advancement of Colored People). This is achieved by imposing onerous new training, registration, and/or liability burdens on the groups’ volunteers. The proportion of African American and Latino voters who register through third-party drives is about twice what it is for whites.

Closing the polls. Since lower-income voters more often work early in the morning or late at night, Republicans tend to favor shorter polling hours. They justify this with feigned concern about the stamina of (often elderly) volunteers. A similarly motivated opposition has mobilized against early voting arrangements that let people vote on weekends. Sunday voting is a particular target. The stated reason is that it’s impious. (Glenn Beck: “This is an affront to God.”) The actual reason is that Sunday voting allows black churches to provide “souls to polls” transport after services. Ohio and Florida have eliminated it.

Purging. States have to update their voter lists, right? Federal law requires certain safeguards, such as notifying those found ineligible so they can dispute erroneous removals. But many such formalities go unobserved, especially if you purge close enough to Election Day. (In this, as in many other subcategories, the gold medal goes to Republican Florida Governor Rick Scott, who has been doing battle with the Justice Department over the legality of his planned purge of noncitizens.) A variation on purging is caging, wherein nonforwardable letters are sent to voters in African American neighborhoods. Whichever letters get returned unopened occasion instant purges. The Republican National Committee got caught doing this in the 1980s, and now the party is not allowed to under a consent decree. But considerable evidence suggests the GOP has quietly resumed the practice anyway.

Robocalls. Automated phone calls aimed at discouraging people from going to the polls. Before the failed June vote to recall Wisconsin Governor Scott Walker, a robocall said anyone who signed a recall petition didn’t have to vote (which wasn’t true). Maryland’s Schurick put out a robocall in 2010 assuring voters in African American neighborhoods that his candidate’s Democratic opponent, Governor Martin O’Malley, was well ahead (and thus unlikely to need more votes).

The GOP has other, similarly repulsive schemes afoot, but these are the most egregious. As for the Republican nominee: Don’t hold your breath waiting for Mitt Romney to condemn something his party sees as essential to victory. 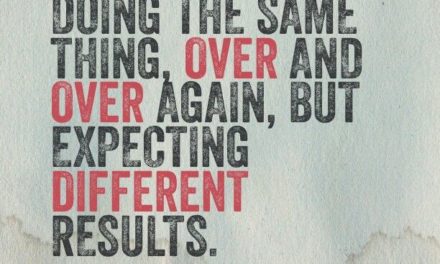 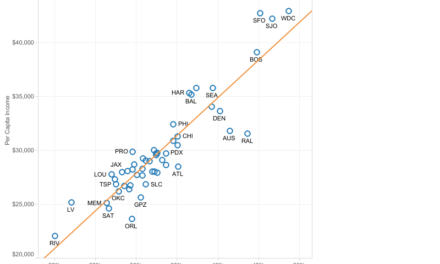