Is It Time to End Prohibition Against Runoffs for Mayor and At-Large Council Members?

Fifteen years ago, Memphis Flyer columnist John Branston asked why there are not runoffs for mayor and at-large City Council members.

It’s a question that’s even more relevant and timely today.

As the mayoral race heats up, the 1991 law that abolished runoffs in Memphis mayoral and at-large City Council elections is ripe for reconsideration.

Simply put, Memphis is clearly a majority-black city (63 percent in the 2005 census update). When the minority becomes the majority, is there still a need for election laws imposed by the federal courts “to eradicate minority-vote dilution?”

The question looms as Mayor Willie Herenton seeks to stay in office for a fifth consecutive four-year term. With the filing deadline for the October election still more than four months away, he already faces three challengers: Carol Chumney, Herman Morris, and John Willingham. Ironically, the elimination of the majority-vote requirement that helped Herenton win the office in 1991 could now give hope to challengers who might have a harder time defeating the mayor one-on-one.

“There is a school of thought that says we could have a mayor elected with 34 to 37 percent of the vote,” says Greg Duckett, chairman of the Shelby County Election Commission. The figures are not far-fetched. In the 2006 9th Congressional District Democratic primary, Steve Cohen led the 15-candidate field with 31 percent. Cohen is white, and his leading challengers were black, as is the majority of the district.

With a runoff, the top two finishers face off, giving voters an either-or proposition and encouraging alliances among candidates who finish out of the running or drop out before the election. Herenton himself has twice been elected with less than 50 percent of the vote. In 1991, he got just over 49 percent, and in 1999, he got 46 percent.

A brief history lesson is in order: When the Memphis City Charter was overhauled in 1966, the authors, most of them white, decided on a City Council with seven district seats and six at-large seats. In an at-large council election or a mayoral election, the charter stated that if the leading vote-getter fell short of a majority, then there would be a runoff between the top two candidates.

The demographics of Memphis were very different in 1966. As recounted by Rhodes College political scientists Marcus Pohlmann and Michael Kirby in their book Racial Politics at the Crossroads, black civil rights leader Vasco Smith said “we don’t stand a ghost of a chance in this town when it comes to running at-large” because white voters heavily outnumbered black voters and voted as a bloc.

During the 1970s and 1980s, at-large seats and the runoff provision helped whites maintain their grip on the City Council and the mayor’s office. In 1982, for example, black city councilman J.O. Patterson Jr. led the mayoral field with 40.7 percent to 29.8 percent for white runner-up Dick Hackett. But in the runoff, Hackett defeated Patterson 54 percent to 46 percent.

The world changed in 1991. The United States Department of Justice filed suit under the provisions of the 1965 Voting Rights Act against the election process in Memphis. It was in 1965 that President Lyndon Johnson pushed the Voting Rights Act through Congress after civil rights marchers were thrashed by police in Selma, Alabama.

Section 2 of the Voting Rights Act bans voting practices that discriminate on the basis of race, color, or membership in a language minority group. The act has been amended five times, most recently in 1992. In a key amendment, the act has been interpreted as banning practices that have a discriminatory result as well a discriminatory purpose. The Justice Department or private citizens can sue under Section 2. In a landmark ruling in U.S. v. City of Memphis, the late U.S. district judge Jerome Turner ordered a plan “which will eradicate the minority vote dilution.” The result was the end of runoff elections in mayoral and other citywide races.

In the closest election in Memphis mayoral history, Herenton defeated Hackett six weeks after Turner’s ruling by 142 votes out of 247,973 votes cast. Each of them got 49.4 percent of the vote, with white crank candidate Robert “Prince Mongo” Hodges getting the rest.

In the 1990 census, the black-white population ratio in Memphis was 55-45. In 2000, the black-white ratio was 61-34. Some people have tried to estimate the percentage of eligible voters who are black or white, but Duckett says that is guesswork because voters don’t have to declare and there are a large number of “others.”

In 1995, the City Council amended the charter by ordinance, and the council now consists of seven regular districts and two super districts with three members each. But the change “appeared to have no effect or intended effect on the existing law concerning mayoral elections,” says city attorney Sara Hall. “Nobody has done anything that would overtly change what Judge Turner ordered us to do. The question now is should we.”

While not advocating or discouraging such action, Duckett agreed there are “sufficient facts” to challenge the runoff law. There is a precedent. In 1988, Dr. Talib-Karim Muhammad filed a class-action suit in Memphis challenging at-large elections. The lawsuit was incorporated in the Justice Department’s action.

Another change since 1991 is the higher incidence of crossover voting as opposed to racial bloc voting. Herenton and Cohen and a handful of other Memphis politicians have enjoyed a significant measure of crossover votes.

Could a white Memphian sue under Section 2? While telling the Flyer she does not know the particulars in Memphis, Justice Department spokeswoman Cynthia Magnuson noted a recent case in Mississippi, United States v. Ike Brown and Noxubee County. This is the first case filed by the Justice Department in which it alleges that whites are being subjected to voting discrimination on the basis of race.

The issue of runoffs in the mayoral race and citywide races should be raised and decided sooner rather than later so voters and candidates know the score — and the scoring system. 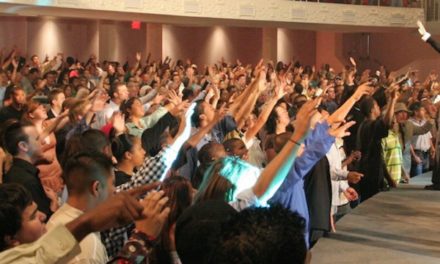