Downtown Memphis: In Trouble Or On Upswing? 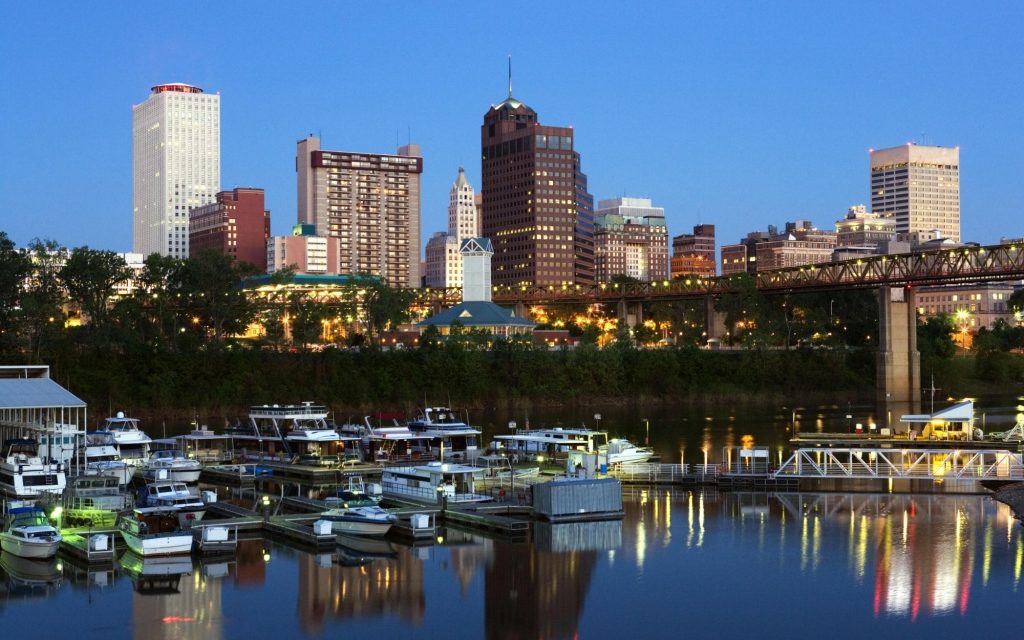 Here’s the question: are downtowns — here and elsewhere — in long lasting trouble because of remote work, high rent, empty office buildings, covid, and booming suburbs? Or on the verge of booming because of entertainment, pro sports, tourism, millennials with money, stylish housing, and boring suburbs?

In The Washington Post, columnist Megan McArdle makes the case for decline.  “In many residential suburbs, things look almost normal. But in the deserted downtowns, it feels as though you’d stumbled upon the cemetery where nondescript office towers go to die . . . And if the heart of the city has big dead patches, can the rest of the city be healthy? Or do America’s cities end up with the urban version of long covid?”

Other urban commentators like Joe Cortright of City Observatory and Richard Florida of Bloomberg City Lab see change in the future but predict that Central Business Districts will be remade as more vibrant neighborhoods where people can live and play as well as work – or what’s called the 15-minute neighborhoods.

To give perspective to the question, the Daily Memphian interviewed an executive with Boyle Investment Company, which has ignored downtown for decades, invested most of its money outside the interstate, fueled sprawl and weakened downtown.  Strange choice.  Maybe a bigger indicator about daily newspapers than downtown.

Smart City Memphis editor Tom Jones and I have worked in downtown Memphis for most of our working lives (40-50 years) and came up with the following list of downtown Memphis Additions, Subtractions and No Decisions. Take a look, add your own choices, and let us know your call.

Three home-grown banks (Union Planters, First Tennessee, National Bank of Commerce) or four if you count Leader Federal. Gone, merged, or reduced presence. We had more banks than Nashville!  Bank CEOs were leaders. A bank lobby made a statement. Bankers’ hours meant money spent.  Downtown strategic plan back in the day said its future was about being a center of finance, government, and entertainment.  One out of three is a good batting average, not so good for downtown.

The cotton business, historic reason for Memphis. Julien Hohenberg? Come on. A bale of cotton on Front Street was a prop for the movie The Firm so Tom Cruise could jump on it. “Snakes”(of the cotton variety) on Front Street are a  long forgotten yearly newspaper headline.

Morgan Keegan brokerage firm, the centerpiece of Front Street and skyline. Allen Morgan Jr. set a tone and made a statement by choosing downtown over East Memphis. He wanted to compete with New York firms so he wanted people dressing sharp and working early to late, not knocking off for golf or tennis. Sickening that building is damn near empty.

Various county and state and federal offices moved east. So the assessor joins the prisoners across the street in Shelby Farms? Election Commission? Clerk’s office selling license plates?  The lost law firms and other professionals are another story. Irony of ironies: Mayor Jim Rout chose the head of the downtown redevelopment agency as a CAO and he moved county offices out of downtown.

Retail from Goldsmiths to Peabody Place, long gone. Downtown retail seemed a pipe dream after 1975.  Peabody Place is as forgotten as Wink Martindale.  Retail on the bottom floor gets planning approvals but few tenants.

Trolley revival. Run E-buses instead to avoid the talk about a boondoggle.

Just outside of Danny Thomas Blvd: Memphis Publishing and Baptist Hospital. Soft spot here for old time newspapers and printed daily papers. And the hole that Baptist left has still not been filled.

Mud Island.  The mayor looks out of his office window at $30+ million in deferred maintenance but is there anyone in City Hall willing to take on the investment to prevent more deterioration?  City Hall has amnesia about the mayor’s idea for an aquarium there.  Can city government at least fix the monorail?

Barge traffic in the harbor. Send them to Presidents Island or Baton Rouge.

AutoZone headquarters.  Pitt Hyde put his money and his employees where he believed it would help Memphis most, and it did, 365 days a year.

AutoZone Park. Minor league baseball was big deal in steroid era, big bust after. Points for replacing nothing with something on a key downtown corner, but minor league soccer is a stretch.

Beale Street renovation. Problems galore, but hey, it’s Beale Street. I have never taken a visitor there who did not have a good time.

Beale and Riverside Drive hotels and housing. Downtown’s new photo op.  It feels right and if Chance Carlisle can get financing for convention center-related hotel, why can’t Loew’s Hotels? It replaced bare earth, a parking lot, a billboard and an empty building.

Thousands of residences on Mud Island and the A.W. Willis Bridge. Gift that gives 365 days a year. Still remains the most dramatically transformed part of downtown.  Property taxes, style points, replaced nothing with something. Huge plus.

Pyramid. Built on the cheap for concerts and Memphis Tigers. FedEx Forum showed us what a real arena looks like. But no Pyramid, no Grizzlies. No Big Country Reeves, no Gasols. No Stromile Swift, no Ja Morant.  It worked, more or less, for 13 years, after flooding toilets and acoustics were fixed. Bass Pro is a free tourist attraction (and makes those big City Hall ideas of an aquarium on Mud Island moot) with a great high view, and a landmark that says Memphis like no other. Is it like Graceland? Locals only go when their visitors have to see it.

Pedestrian-friendly Big River Crossing. Kudos to lead dog on sled Charlie McVean, a Memphis original. Fun to walk or bike and looks cool lit up at night.  Plans for water and music didn’t make the cut but it’s still a must-see.

Light show on Hernando de Soto Bridge.  Either you love it or it’s just too cheesy for Memphis.  We already had Big River Crossing’s Mighty Lights.

South Bluffs residential. Replaced a negative – an old railroad yard — with something cool and valuable and classy. So the Pyramid is in a hole instead of on the bluff.  Do you care? The best real estate was saved for the best use.  Too many suburban home designs for some tastes, but people get what they pay for.

South Main restaurant and retail. Replaced almost nothing with something but does it have staying power and can the market absorb all of it?

The Medical Center. Growing but still hard to say what is what and who is calling the shots with UT, The Med, Methodist and Le Bonheur, and Memphis Medical District Collaborative.

The Edge.  The area was on life support if it wasn’t already dead, but new investment, new residential, and new restaurants give it hope. Its future may be tied to the future of The Walk.  Finally, the walk to Sun Studio won’t be as scary with its better neighborhood.  Surveys show Sun is highest ranked attraction in downtown.  Pretty good for a two-room experience.

Expanded National Civil Rights Museum. First and foremost in what has become an era of monetizing civil rights in Southern cities but got their early and with a Smithsonian-designed museum. Provides national publicity and branding to Memphis. MLK may be the rage for similar facilities but here’s the only actual sacred space.

Beale Street Landing. The old RDC leadership was arrogant.  With paid parking, garbage dumpsters at the front door, a restaurant without an operating plan, and rosy projections. The Legoland topping destroys the effect of the popular sloping hill. New leadership means better days.  And yet, the empty building produces enough sales tax from cruise line customers to pay its bond costs but does the space have a real future?

Tom Lee Park makeover. Riverfront cities everywhere are spending money on riverside parks and we are getting one of the best at one of the lowest costs per acre.  Product of two internationally known women-owned design firms and an internationally famous African American sculptor.

Memphis Brooks Art Gallery on Front Street. Better than a fire station or parking garage, but can it get locals to do more than visit once a year like they did at the old place – if that.  An architect’s dream.

ServiceMaster or whatever goes in space of former Peabody Place. Big empty space meets tenant hot to move.  Big press conferences and politicians patting themselves on the back.  The thrill didn’t last long.  St. Jude to the rescue with 500 employees.  Will they stay?

Convention Center makeover. Money well spent on a gritty facility for a gritty city. Let Nashville have the GOP glitz and glamour.  But will Memphis ever move beyond being a third level convention city and can its convention business ever match the tourism business?

100 N. Main (tallest building) makeover. Knock it down along with the Sterick Building.

The Walk. Hopefully it’s not following Loews fate and walking into a financial buzzsaw.

Pinch District Revamp.  It’s awfully quiet and even in the best of times, it was dubious.

PILOTs.  Love them or hate them, they are still a prominent fact of life downtown.  Tax breaks for developers now total $12 million a year, highest in three years.  They were created to incentivize downtown revitalization until the market made it unnecessary.  But will that day ever come?.

Downtown Memphis is, on balance, a winner, not a dying patient on life support. Yes, downtown can sometimes “feel like you’ve stumbled into a cemetery.” Except in 1819, it never was the geographic center of the city anyway — more like the front door. Now the former business/government center is a residential, entertainment and tourism hub.  For more than a century, development turned its back to the river.  No more.

Fodor’s named Memphis to its 2022 GO List and TIME magazine named it one of the “world’s greatest places.”  Everything both of them wrote to justify the selection was downtown.

A Different Kind of PILOT