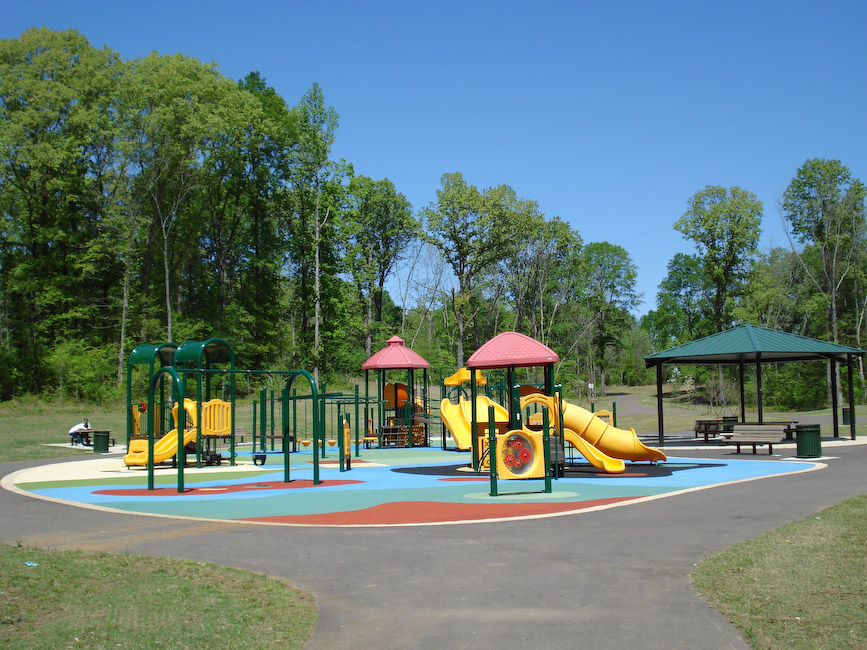 It seems to us that there’s a surge in investments and improvements in parks that hasn’t been seen since the 19th century, and as a result, this may well be seen by historians as the Era of Parks.

It’s been fortuitous for numerous city mayors because it turns out that parks are good politics.

A recent national poll showed that support for parks cuts across all incomes, ages, and political philosophies with four out of five people saying that parks are well worth the average of $70 per capita in park funding for the 100 largest U.S. cities.

Memphis continues to be in the bottom fourth of the rankings at $52 per capita. Nashville’s park funding amounts to $102 per capita.

Meanwhile, the Memphis Zoo plays the antagonist in a continuing drama about its treatment of the greensward with the latest act being the removal of 29 trees, all while it suggested that good faith mediation, as requested by Memphis Mayor Jim Strickland, can take place in the face of a lawsuit filed by the zoo to get its way.

Downtown, on the Wolf River Harbor, the Wharton Administration denuded the banks of more than half a mile of trees and anything else with a green hue, and it did it without getting the proper permits from the U.S. Corps of Engineers in a process that would have given the public the opportunity to review the City plans and have input.

It was enough to prompt an email from an incredulous national park expert, asking: What’s the problem of Memphis and trees?

These days, it’s impossible not to have sympathy for Mayor Strickland who, in only 25 days in office, seems to have problem after problem blowing up on his desk as a result of decisions deferred and actions ill-conceived by the previous administration.

Based on the national polling, it should be no surprise that the response to actions in Overton Park and at Wolf River Harbor was instantaneous and visceral, propelled in party by a green ethos that has developed and deepened in recent years and by the positive national coverage of the Overton Park Conservancy.

This emergent green movement is our chapter in the recent history of park progress in the U.S., including the magnificent $70 million Heart of the Park that will be unveiled at Shelby Farms Park later this year.

Los Angeles has launched its 50 Parks Initiative that will transform vacant lots and foreclosed properties into playgrounds and gathering places in park-poor parts of the city. The Yanaguana Garden in San Antonio commemorates a Payaya Indian village that once exited where the city is now. Charlotte turned a four-acre parking lot into a four-acre lush park.

St. Louis is transforming the Gateway Arch grounds into a plaza with a wide lawn and pathway. Palo Alto has designed what has been called the nation’s most innovative and inclusive playground and park. Houston’s Bayou Greenways project will connect 10 waterways with 300 miles of continuous hike and bike trails, and last year, it opened 160-acre Buffalo Bayou Park with its pavilions, trails, public art, and dog park, and the second phase is already being planned. The aim of the overall plan is to create a car-free spine in the interstate-dependent Texas city.

More and more, parks are being seen as essential economic development investments. They are key to the quality of life that is a magnet for attracting and keeping young workers, and research has shown that the presence of parks influences homebuyers. At a time when Memphis seeks to grow its population and its economy and increase property values, parks are even more important.

As a result, one local developer calls Overton Park Memphis’ “beachfront property” because of its positive impact on the value of the neighborhoods around it.

But, parks are important for other reasons as well. As the National Recreation and Park Association has said, they address conservation, health and wellness, and social equity. “Local parks are the leaders, and often the only voice in communities, for protecting open space, connecting children to nature, and providing education and programming that helps communities engage in conservation practices.

“They are essential partners in preventing and combating some of the most complicated and expensive challenges our country faces — poor nutrition, hunger, obesity, chronic disease and physical inactivity. Universal access to public parks and recreation is a right, not just a privilege. Local park and recreation agencies work hard to ensure that all members of their communities have access to their resources and programming.”

Unfortunately, over the past 20 years, the once proud and nationally known park system in Memphis has been declining as a result of lack of funds and political will to improve them. It was our hope that in rejuvenating the large parks – Riverside, Overton, and Audubon – that they would become hubs inspiring and driving a plan to improve the backbone of any city park system – its neighborhood parks.

In this way, Overton Park and the other large parks are our canaries in the coal mine. If they cannot provoke the civic will to protect and improve them, the future does not portend well for smaller neighborhood parks. And there is so much to do.

That was the theme of a report delivered to the Wharton Administration in December, 2014, by the well-respected Trust for Public Land and its nationally-known Center for City Park Excellence headed up by the masterful Peter Harnik.  It painted a portrait of a park system in serious need in a city with a growing enthusiasm for new trails, bike lanes, and outdoor activities.

“In a surprising way, even some park threats may be rebounding to the advantage of park supporters,” said the 25-page report, The Parks of Memphis – Past, Present & Future. “The current crisis in Overton Park due to the conflict over using the Greensward for overflow zoo parking provides Memphians with an opportunity to express their love and commitment to the park and its values by seeking alternative solutions to land use demands.”

As for the entire park system, “a number of political, demographic, and economic facts – both past and present – have weakened the park system and reduces its ability to serve the people of Memphis and their visitors.”

“Even though the city’s greatest amenity is the Mississippi River, the river’s size, power, and extreme  changeability present challenges due to its massive floodplain, strong currents and water level fluctuations. Unlike most cities on ‘easier’ rivers like New York and Washington, no city on the lower Mississippi has a fully satisfactory riverside park system, and Memphis is thus far no exception.”

The report said that the Riverfront Development Corporation has the opportunity to develop a program that captures the public’s imagination. “The Riverfront Development Corporation has not yet developed a program that has captured the public’s imagination, or resulted in an outstanding riverfront park or trail system…The RDC does a good job of keeping the waterfront mowed and litter-free, and it has developed the $43 million Beale Street Landing,” the report said. “But it has not provided the physical connectivity and human programming that ‘Riverfront Memphis’ needs and deserves. Memphis in May is very popular, but it’s only two weeks out of 52. Successful waterfronts program their parkland so that it is active with people, events, and ‘serendipitous surprises’ all year round.”

Complicating a well-functioning park system is “low population density and its relative dearth of walkable neighborhoods (that) result in relative less ‘critical mass’ political pressure to create new parks in underserved areas.” For example, Memphis lacks a Parks Commission (it was abolished in 2000) as a vehicle for park planning and advocacy.

All of this contributes to the lack of a “unifying vision for Memphis around which a parks vision can be layered.” “A rigorous factual analysis of the Memphis park system bears out the anecdotal evidence that the city is below average in most park and recreation categories compared with other large U.S. cities,” the report said.

Recommendations in the report call for 1) an advocacy group to build a constituency for more funding for parks, 2) elimination of fragmented parks responsibilities with an organizational restructure to unite all park programming, 3) the undertaking of a full-scale parks master plan, 4) promotion of an interconnected web of trails and creation of a citywide greenways that links many existing parks, 5) to find the proper balance between public and private funding, 6) undertake a detailed study of the capital and other needs of the Memphis and Shelby County park systems, and 7) to identify a small number of existing parks that can serve as nodes for quality smart growth redevelopment that in turn uses the fiscal gains from the redevelopment to improve the parks.

“While Memphis has an accumulated legacy burden from city expansion, park underfunding, unimplemented plans from the past, and other challenges, it also has many recent accomplishments that have energized the city’s park lovers and drawn national attention,” the report concluded. “Because of this, there is an upwelling of interest by advocates, funders, and other city leaders in investing in parks for both their benefits to public health and to the environment and the economy.

We are unaware of any steps taken by the Wharton Administration to follow through with the report recommendations. The good news is that finding the right parks director for Memphis has been a major objective of the Strickland Administration, and it is our understanding that movement has already been made to end fragmentation and to singly focus the new director on parks (as opposed to the previous organizational structure that had this director overseeing parks, libraries, community, and animal shelter).